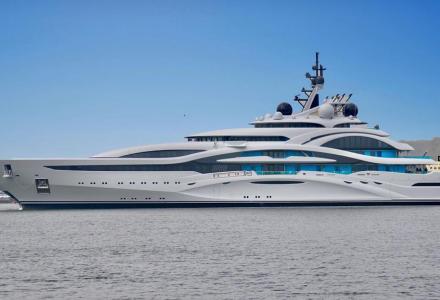 Top 10 superyacht launches of the year

As you may have noticed, the number of yachts over 80 meters has sharply increased over the past few decades, which makes us think that we have now entered into the golden age of megayachts. As 2016 is coming to an end, we've rounded up some of the most impressive launches of the year. Here is the list of the 10 superyachts, that made quite a splash in 2016.
1. Jupiter 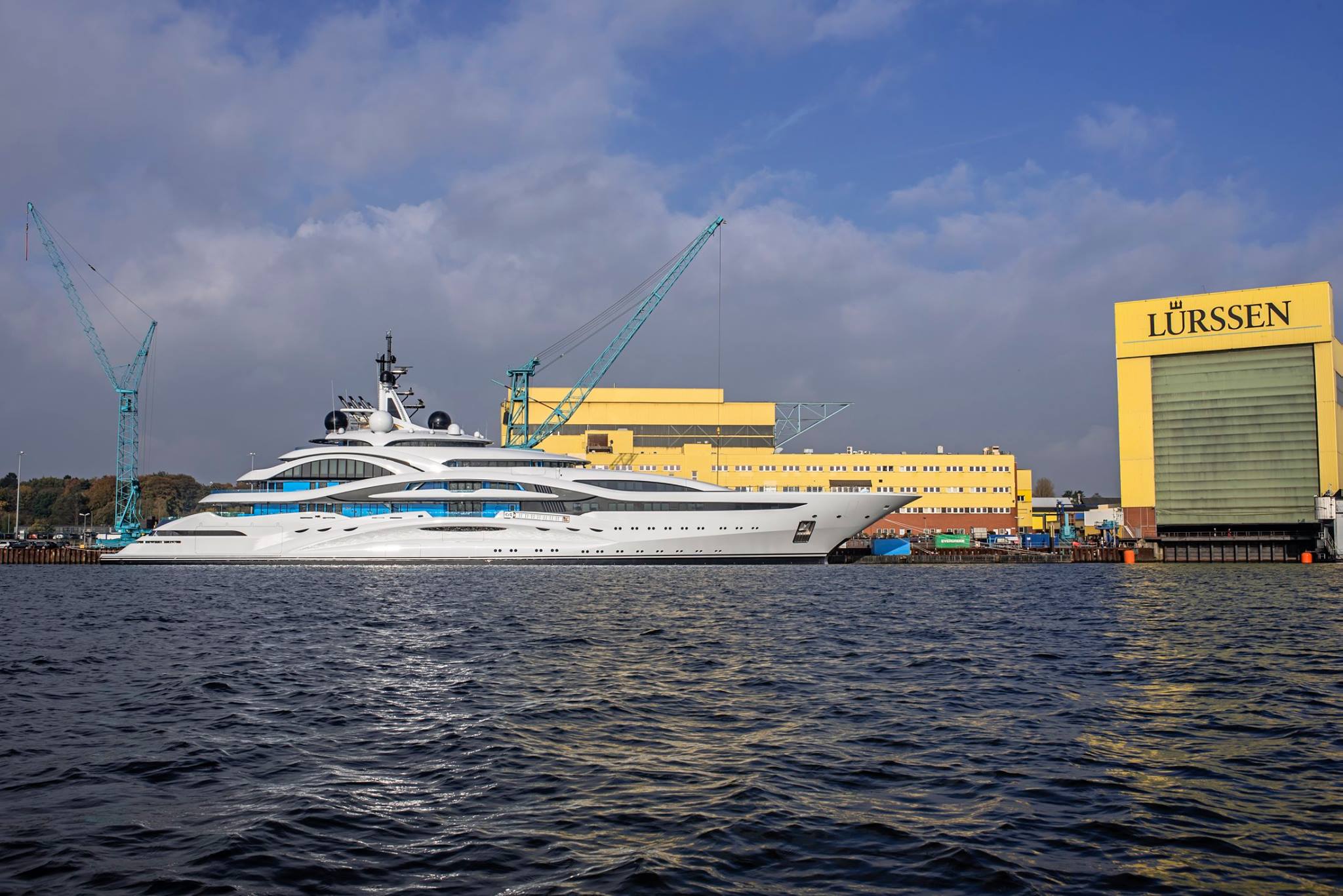 On 27th October 2016 Lurssen launched 123m Project Jupiter at its facility in Bremen, Germany. She features a very sporty and aggressive look similar to the owner's first yacht. With exterior design by H2 Yacht Design and interiors by March & White the yacht is scheduled for delivery in spring 2017. For both design teams this is their first Lürssen yacht, and the collaboration between all parties, including Winterbothams technical services and Y.CO Management team, has worked extremely well.
2. 116m Ulysses 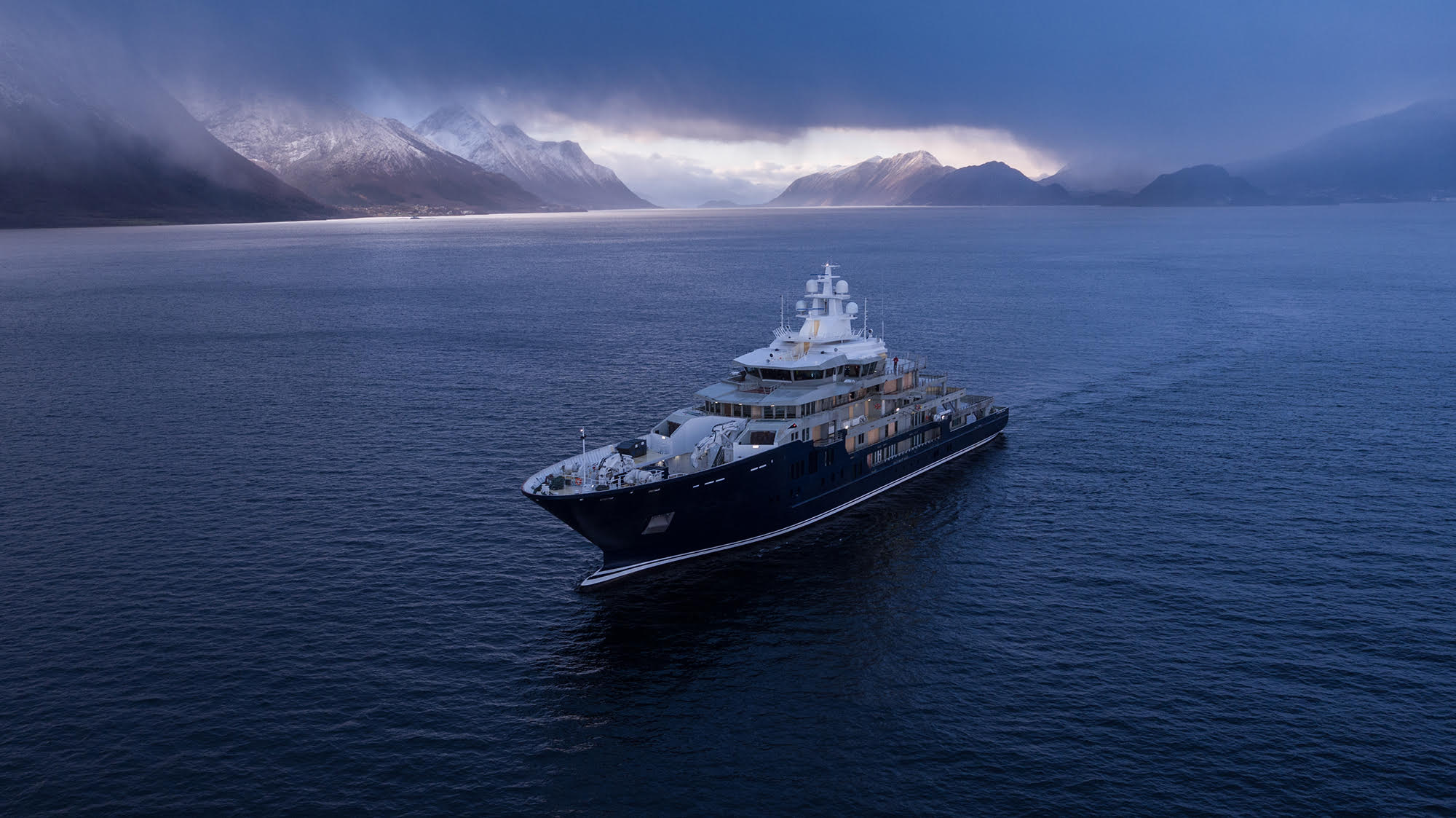 Norwegian ship builder Kleven have announced the launch of their 116m yacht project in March 2016. The yacht has been built for Graeme Hart, 60-year old businessman from New Zealand with a net worth currently valued by Forbes at 6.9 billion dollars. Designed by Marin Teknikk, a ship design company based in Norway, with the help of naval architect, Kyle Dick, the yacht is intended for long expeditions with a luxurious feel. Last week the megayacht has been handed over to her owner.
3. Y712 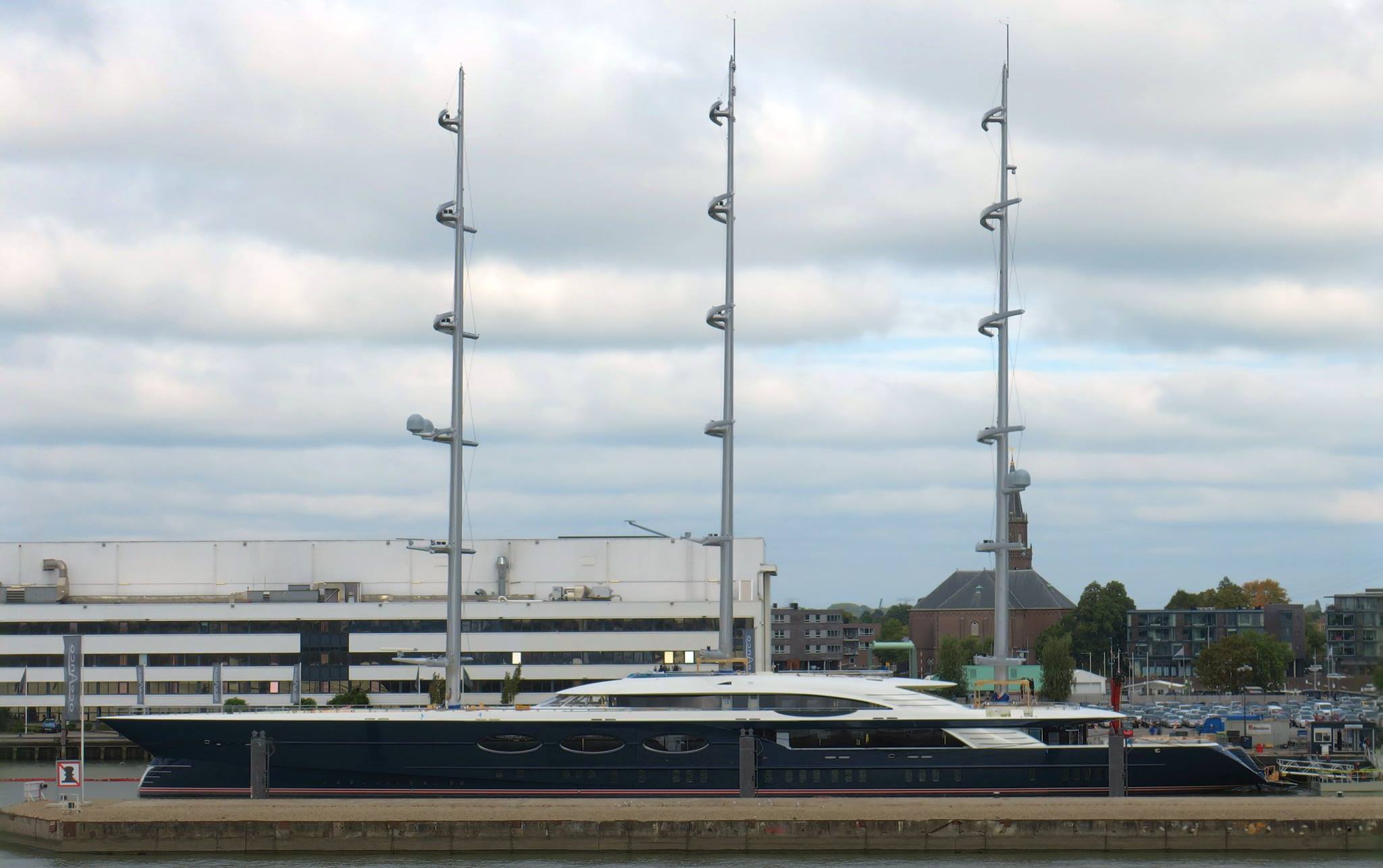 Dutch superyacht builder Oceanco has launched its 106m sailing yacht Y712 in September. She becomes the first sailing yacht to be entirely constructed by the shipyard. The superyacht has exterior and interior design by Nuvolari & Lenard, whilst Oceanco & Dykstra Naval Architects were responsible for the naval architecture. The 2,700 GT superyacht features a DynaRig having the ability to operate entirely on solar power.
4. Mistral 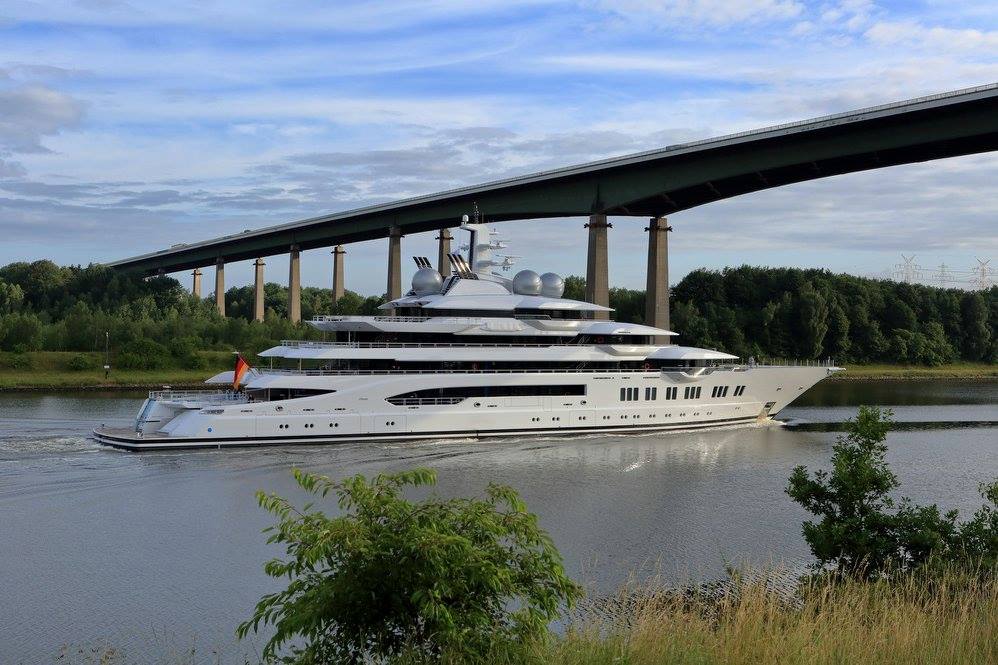 On Saturday, April 16, Lürssen launched project Mistral - a 100+ metre yacht, which has been designed by Espen Oeino. In June the megayacht has been spotted undergoing her sea trials.
5. Vertigo 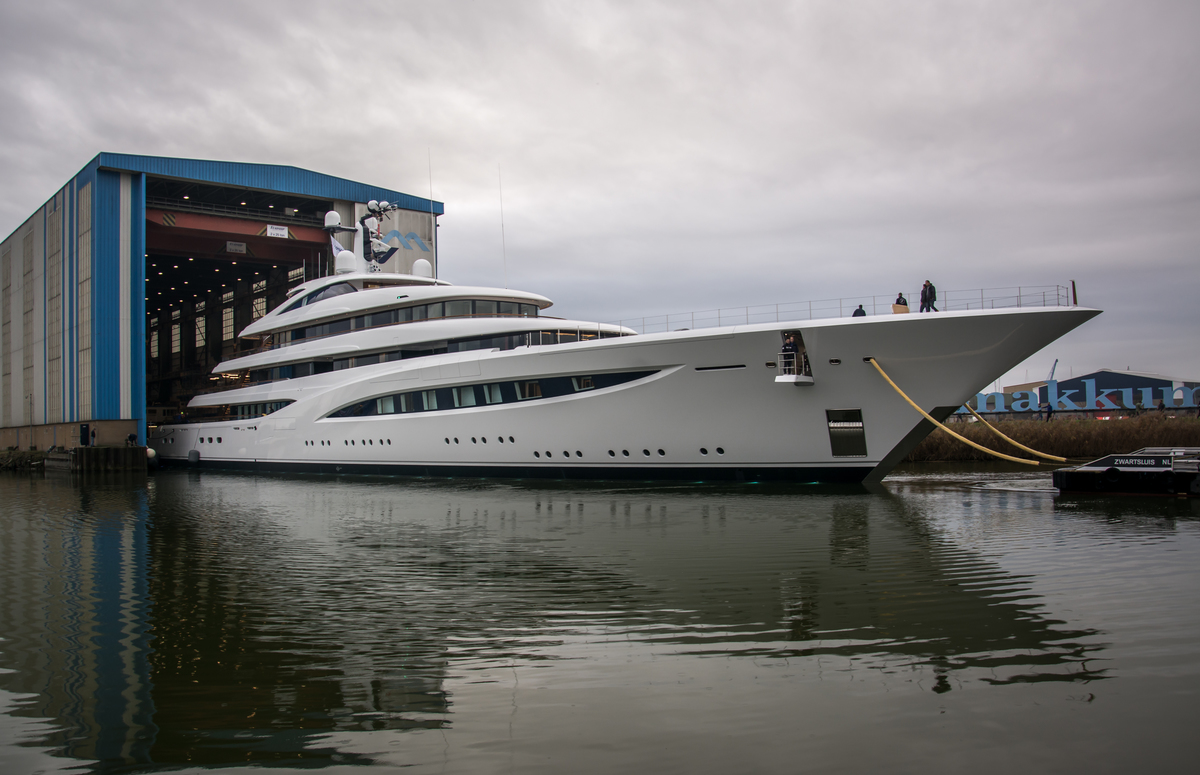 Feadship Vertigo saw the light of day on Wednesday 23 November, which is when this 96.55-metre superyacht left the construction hall at the Feadship yard in Makkum. With the interior and exterior design by Redman Whiteley Dixon and Chahan Interior Design and Azure acting as Owner’s project manager, Vertigo’s creative execution raises the bar of superyacht design to new levels of sophistication.
6. Aquarius 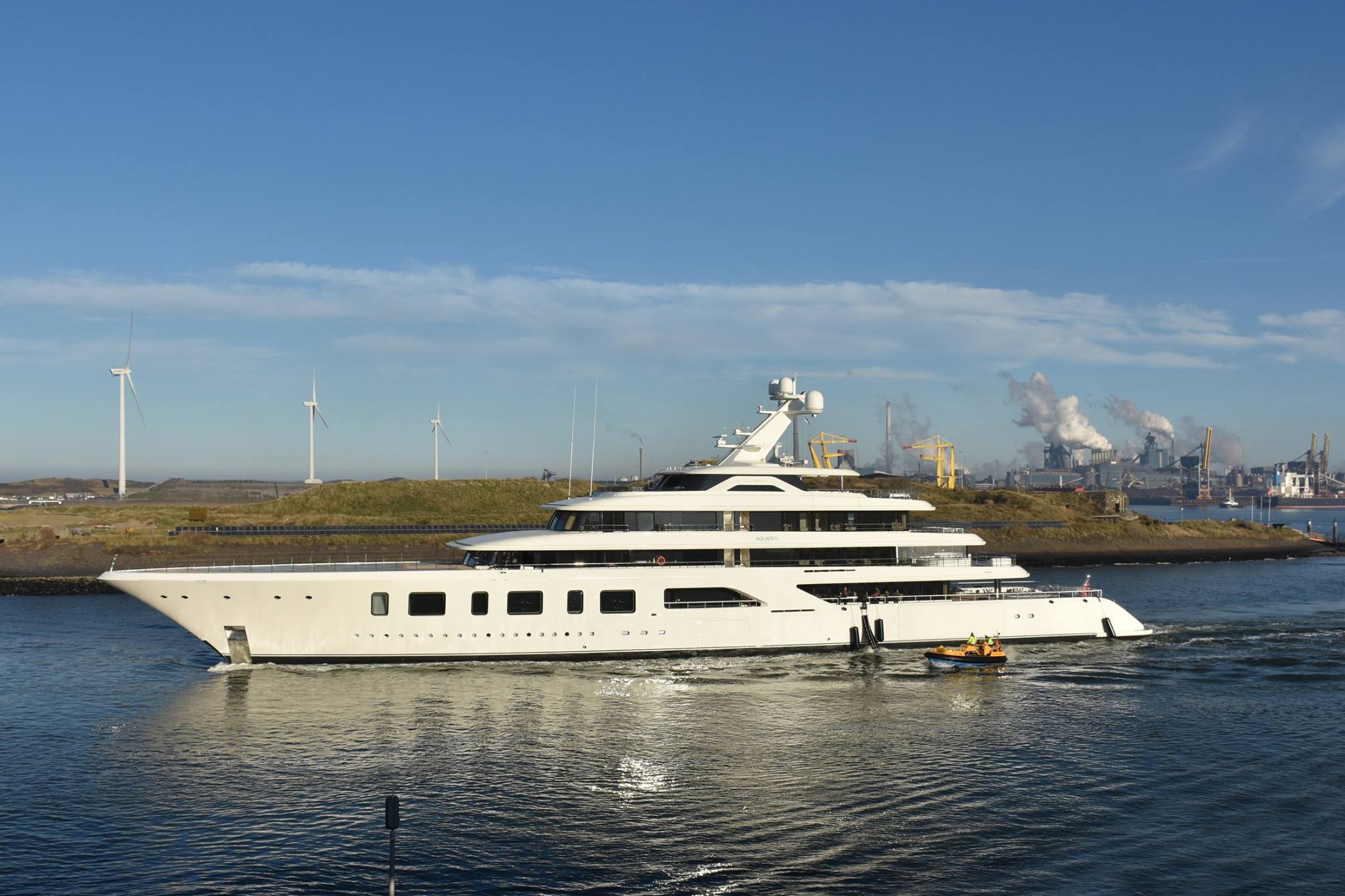 92-meter Aquarius (Project Touchdown) was launched by Feadship's De Vries yard in September. The superyacht became Steve Wynn's newest flagship, replacing his previous 67-meter Aquarius. Sinot Exclusive Yacht Design is responsible for both the exterior and interior of the superyacht, whilst the naval architecture comes from De Voogt. Aquarius' key features include a helipad on the bow, a beauty salon, a large pool on the aft main deck, a gym, massage and therapy room, jacuzzi and large outdoor deck spaces.
7. Lionheart 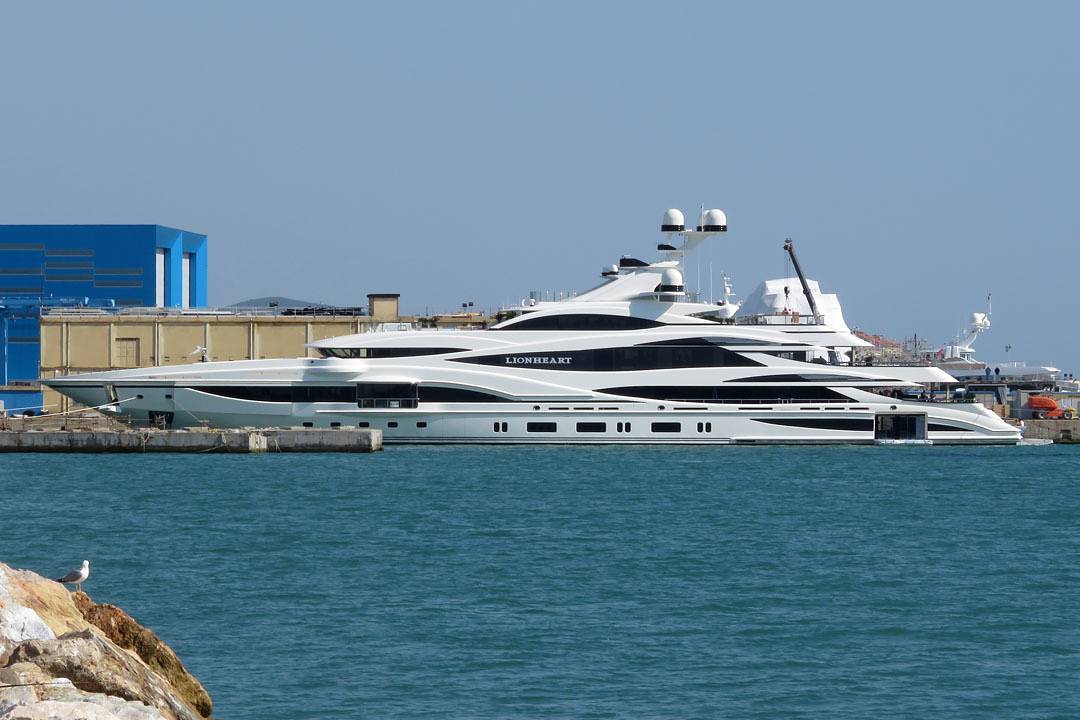 Benetti has launched its largest yacht to date, the 90m Lionheart, in January 2016. 90m Lionheart was built for  British business tycoon, Philip Green, who took delivery of a 63m Benetti yacht by the same name in 2006, now known as Lioness V. Lionheart overtakes the 86m Kingdom 5KR, launched in 1980, as Benetti's new flagship. Though the project has been shrouded in secrecy, it is known that Stefano Natucci collaborated with the Italian shipyard on the exterior design and Green & Mingarelli Design is responsible for the interior design.
8. Y715 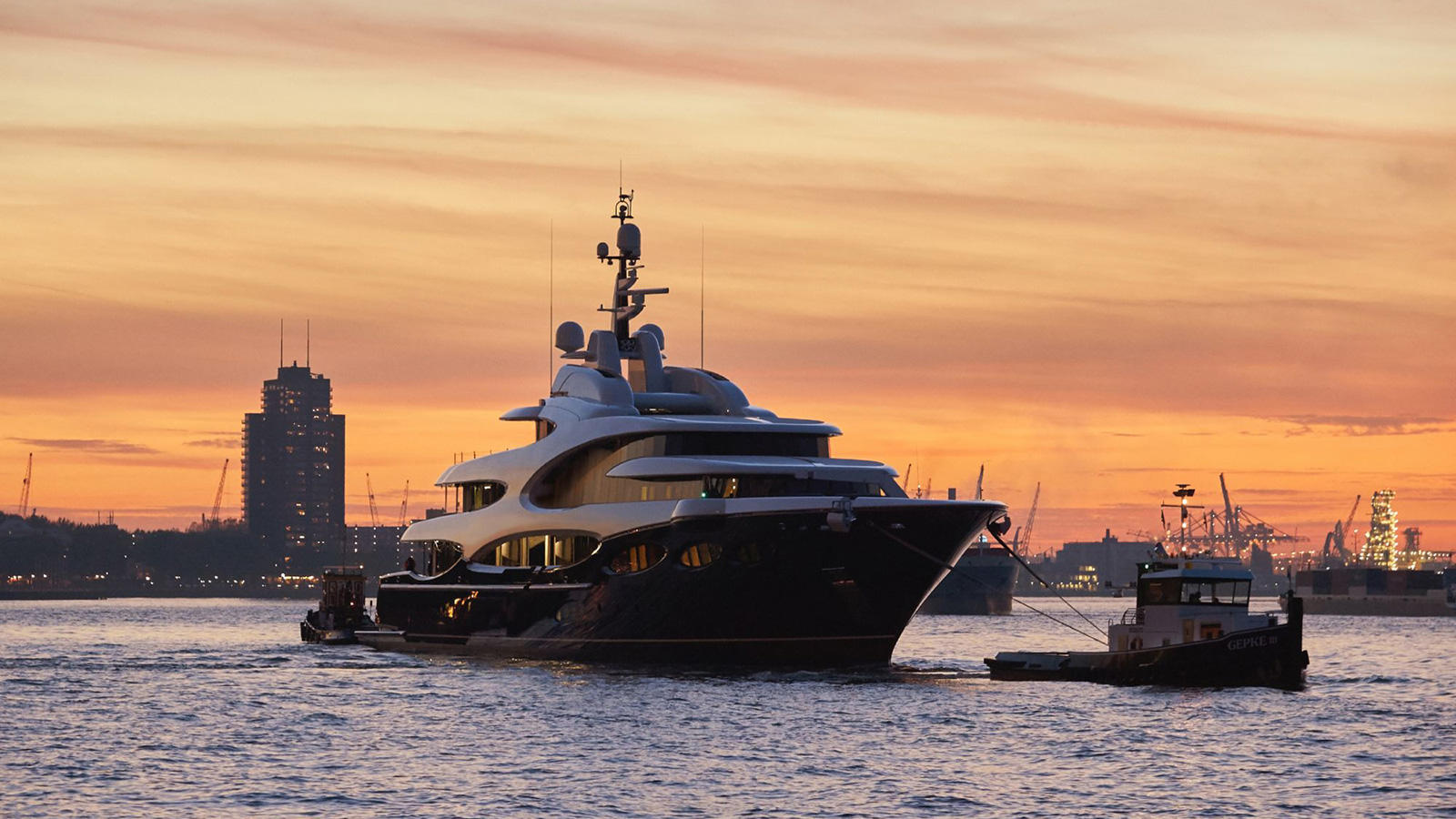 Oceanco's highly confidential 88.5m superyacht, Y715, has been recently lowered into the water in Keppel Veroime in November. Launched at the end of October, she has a beam of 14.5m and a draft of 3.95m. Exterior styling and interior design are by Sam Sorgiovanni Designs. She presents a modern sporty look with a dark blue hull which is generously offset with a contrasting white superstructure.  With no sharp edges, she has a very organic form with large elliptical-shaped hull windows that complement Y715’s curvilinear profile. Further details remain confidential at this time.
9. Here comes the sun 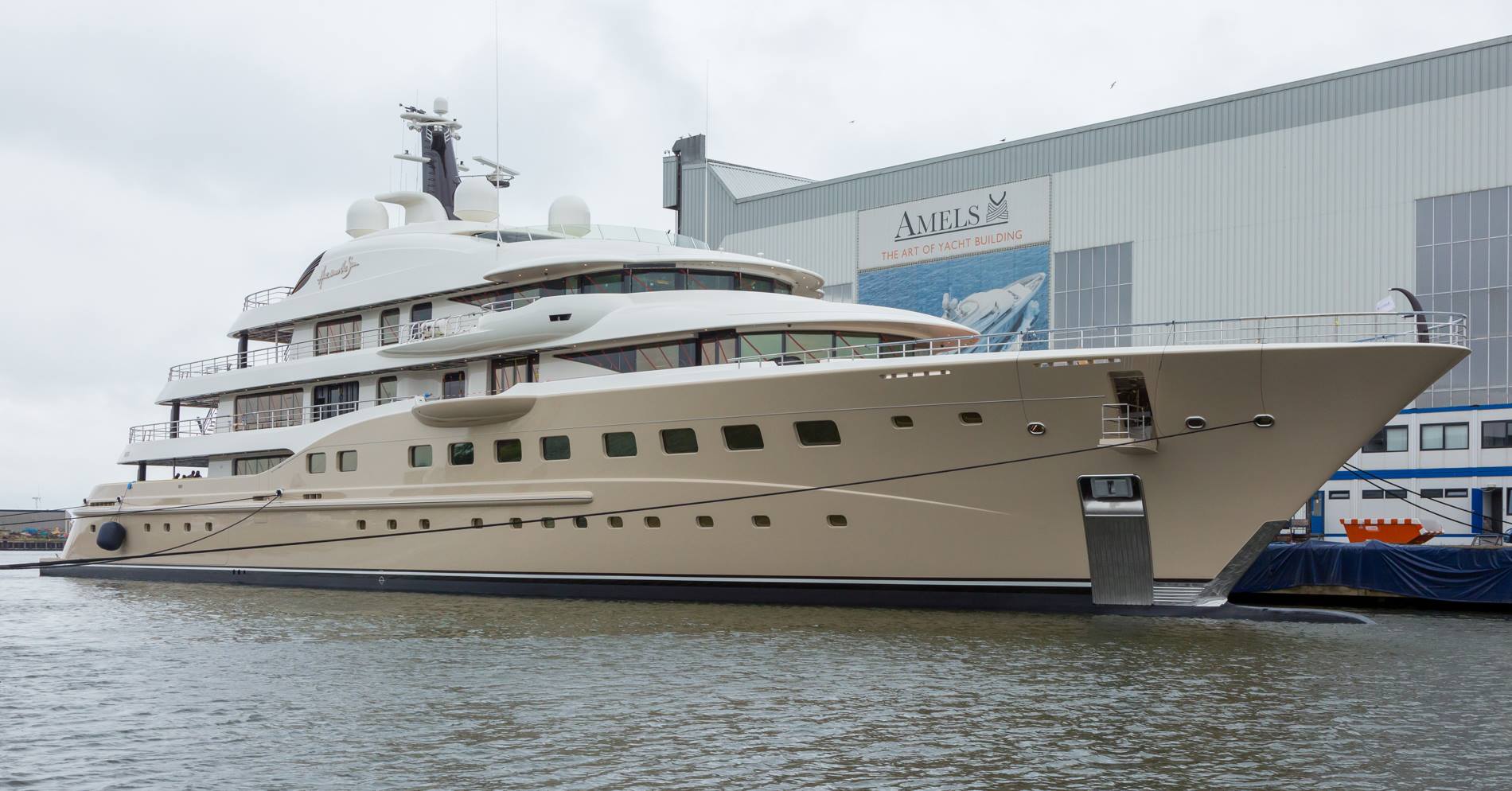 The largest Amels superyacht to date emerged at its facility in Vlissingen at the end of June. Measuring 83m, HERE COMES THE SUN features an exterior design by Tim Heywood and interior style by Winch Design. As for the accommodation, there are 8 guest cabins on board and space for 27 crew. The six-decks yacht's key features include 5.5m swimming pool, 87 sqm beach club with a spa, 900 sqm of outside deck space and a garage capable of storing four jet skis and two 11m tenders.
10. Plvs Vltra 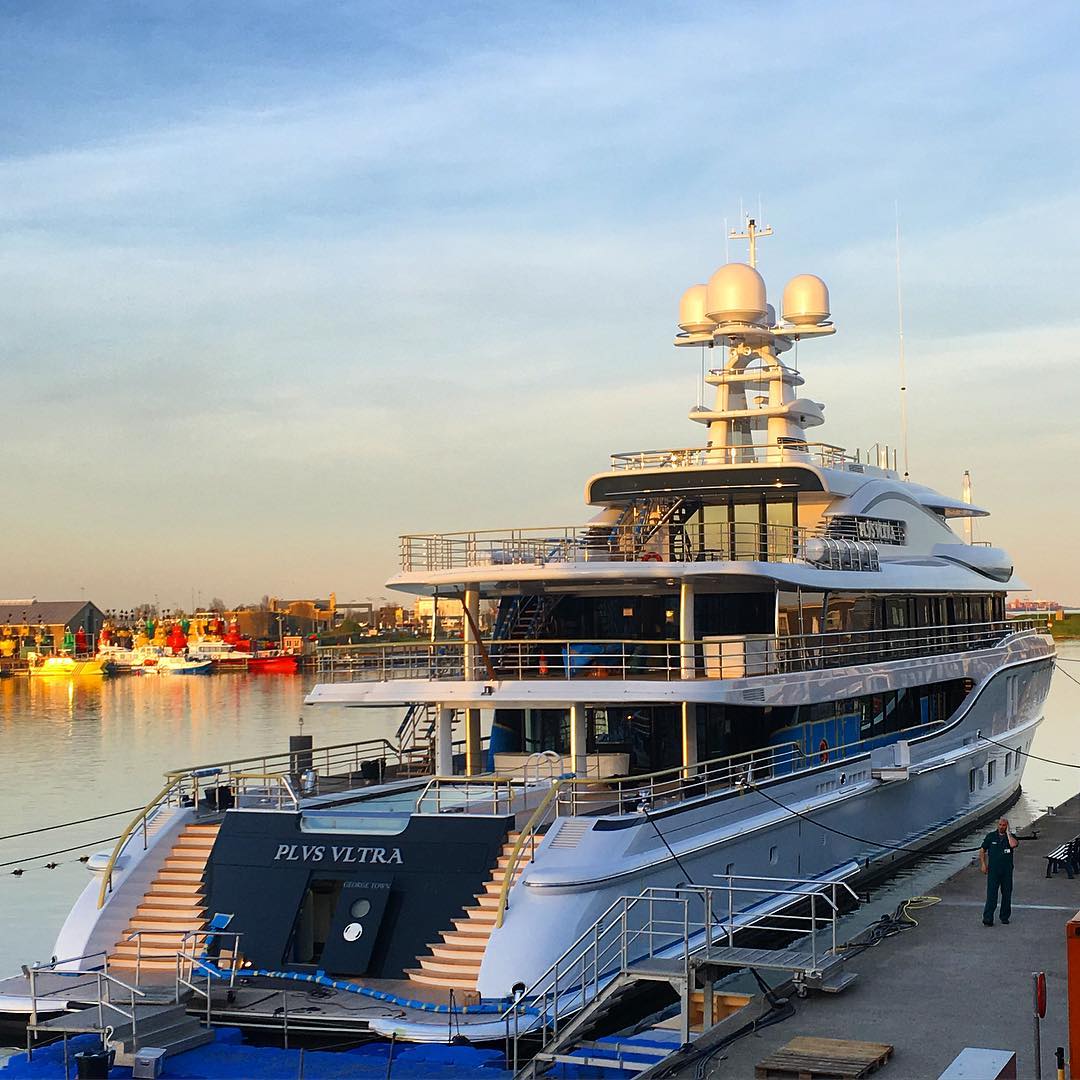 The sale of Amels' first Limited Edition 242 (Project Freefall) was announced back in November 2013 by the Dutch shipyard. With an exterior by Tim Heywood and an interior by Andrew Winch, the 74-meter yacht has a beam of 12.25m and a gross tonnage of 1725GT. Plvs Vltra's construction was managed by Moran Yacht & Ship.
Facebook
Twitter
Google+