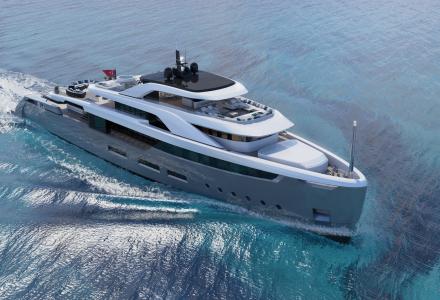 Trendy, aggressive and stylish - these are the attributes that best describe RMK Marine's new yacht concept. The Turkish shipyard, located in Tuzla/Istanbul, once again cooperates with Hot Lab from Milan, this time for the so-called RMK 65. Previously, the two companies had already succesfully received a Neptune Award in 2014 and developed the RMK 58 together.

'It can be said that the RMK 65 is based on the RMK 58,' says Antonio Romano, one of Hot Lab's partners. 'We have, however, extended the forebody considerably, given the yacht a sportier look and a vertical bow. In addition, almost all the features that owners in this category simply expect today are integrated'.

On the lower deck, the RMK 65 accommodates two nine-meter long tenders in her garage and even five large jet skis in between. The tenders and toys are launched through hull openings and integrated cranes. Two reliable 3512-C Caterpillar diesel engines are in service in the engine room behind the garage. Their combined output of almost 2250 kilowatts brings the displacement yacht to a maximum speed of 17 knots. Due to 150,000 litres of fuel and an efficient hull design, the RMK 65 achieves a range of 6,000 nautical miles at a cruising speed of 14 knots.

In addition to the technical facilities, the lower deck also accommodates three VIP cabins, the galley, the crew mess and seven crew cabins, which are 50 percent larger than required by class. 'Only with a satisfied crew the owner will be able to enjoy his time on board. We have been hearing this for years and have consistently implemented it on the RMK 65', explains Antonio Romano the layout on the lower deck.

A deck above, on the main deck, the stern invites to relax. Here, a five meter long infinity pool including adjacent sunpads will be installed on the RMK 65. A lounge area with two veritable sofas forms the transition to the saloon, which has a floor area of 120 square metres and a ceiling height of 2.30 metres, like almost all rooms on board. Hot Lab proposes for the layout and furniture a sofa landscape, a bar, a piano and a dining table for a total of 14 people. Floor to ceiling windows and a cut out in the bulwark will flood the salon with plenty of daylight and will connect the interior with the enviroment as intense as possible.

Behind the adjacent lobby, four VIPs sleep in two cabins before the owner's cabin follows in the front part of the superstructure. The Master Suite extends across the full beam of the structure, has two bathrooms – for him and her –, ample storage space and two separate seating areas.

The upper or bridge deck is, of course, the captain's workplace, who has his office and cabin up here. However, this deck will also feature another VIP cabin with a magnificent view, a sky lounge, an Al Fresco dining area and a fireplace in the stern that will provide a seven-star glamping atmosphere in the dark. This feature can otherwise only be found on much larger formats. The view to the aft is somehow unrestricted as RMK will install glas panels here – as on the sundeck – to give guests as much visibility as possible.

Finally, the Sundeck with its 200 square metres offers plenty of space for sunbathing, dining or events. It is divided into four areas to serve different interests or to accommodate larger groups. The aft part is covered with a huge sunbathing area grouped around a Jacuzzi. Underneath the hardtop there is a dining table for up to 16 and a bar for 4/5 guests, while in the front of the sundeck there is another large area for socialising and sunbathing. A dayhead and a shower complete the equipment on the upper deck of the RMK 65.
Facebook
Twitter
Google+
Pinterest
BROKER
TWW Yachts 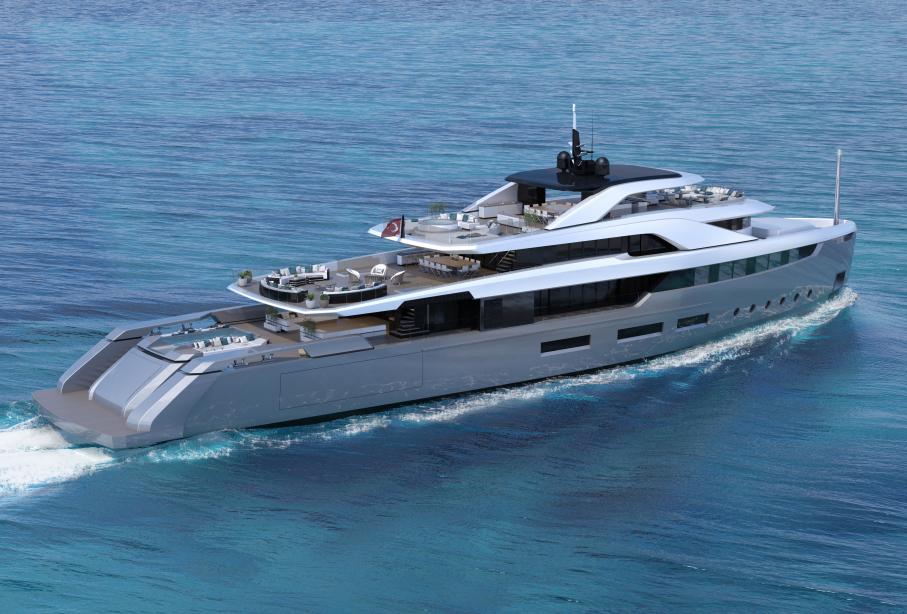 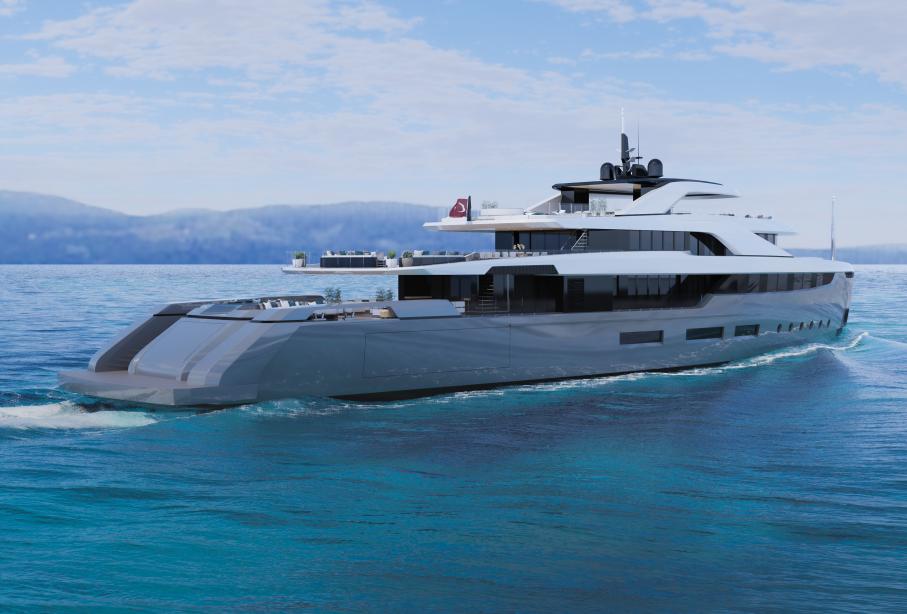 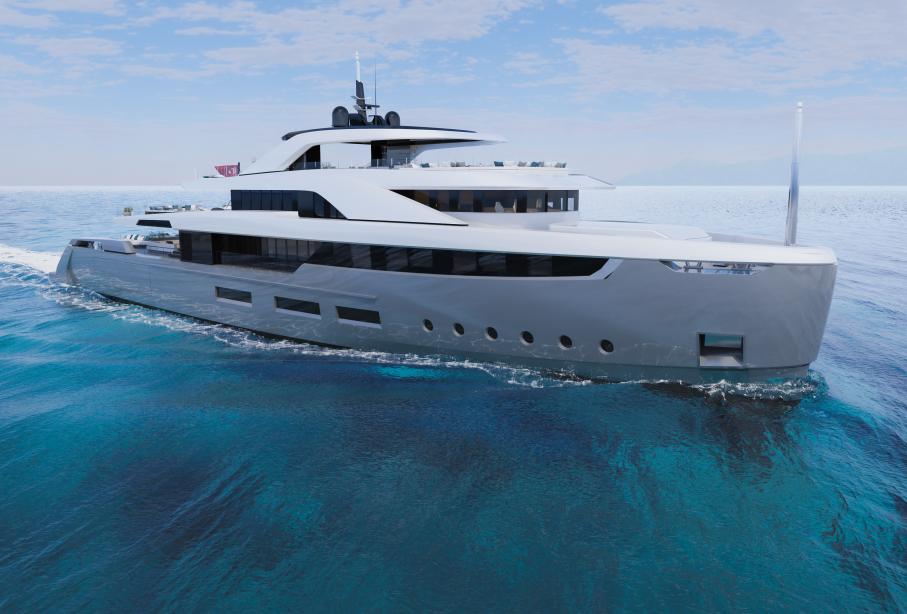 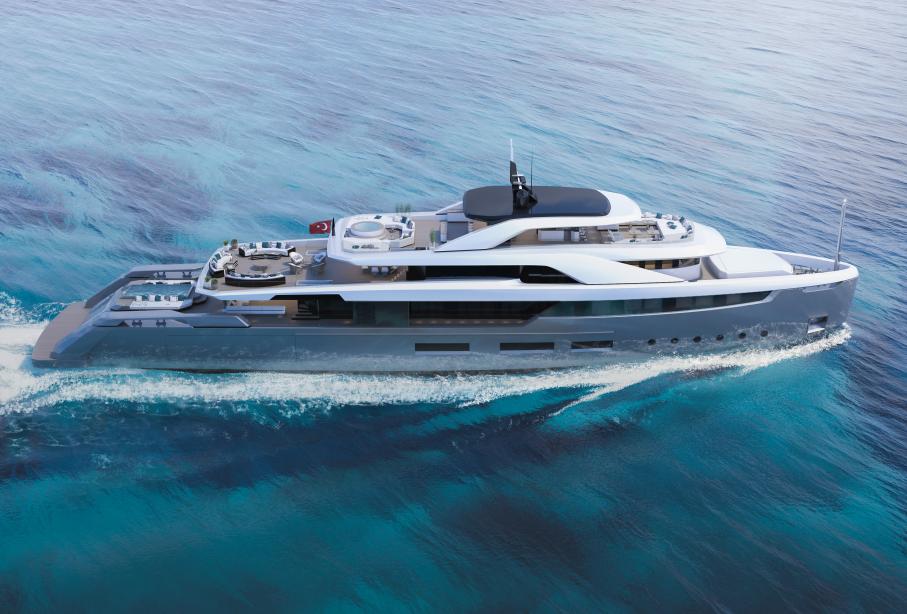 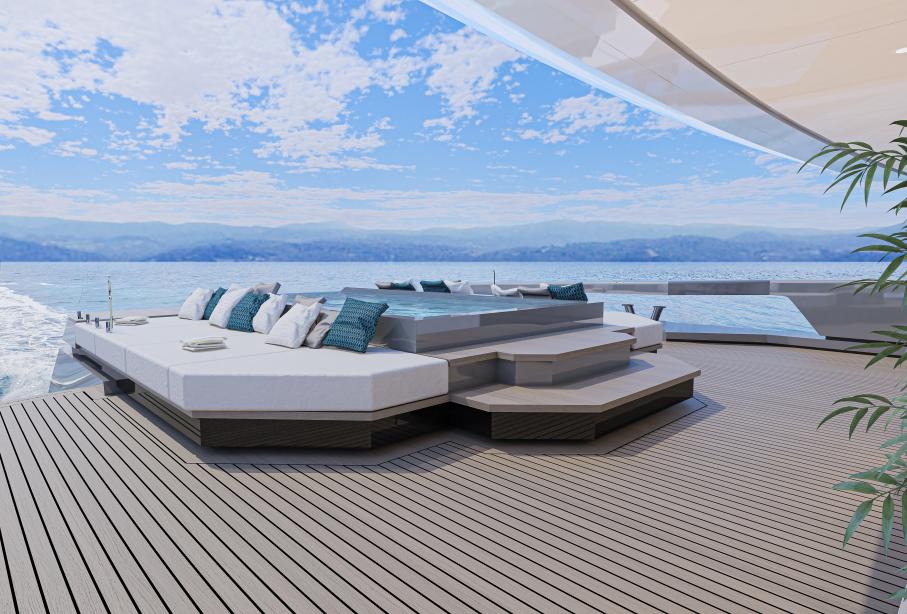 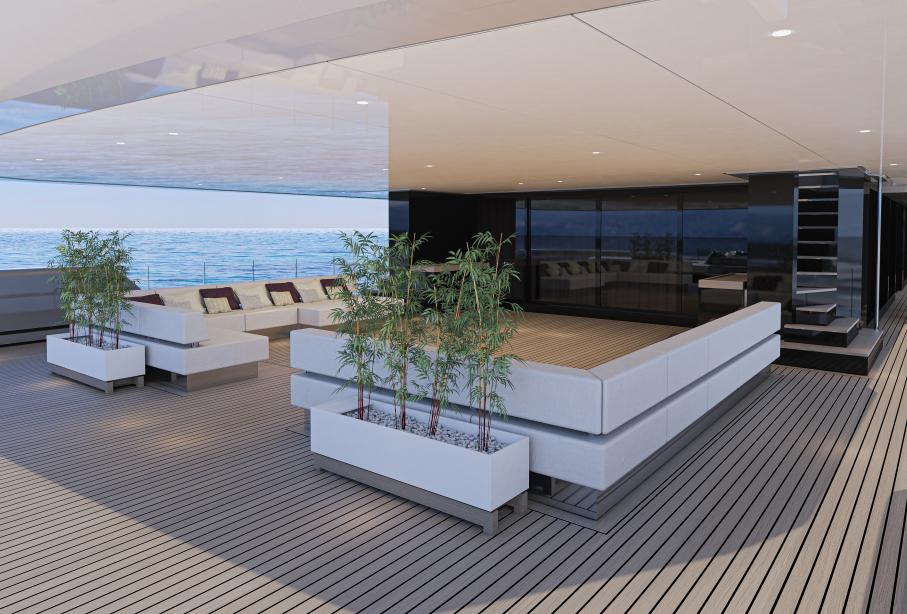 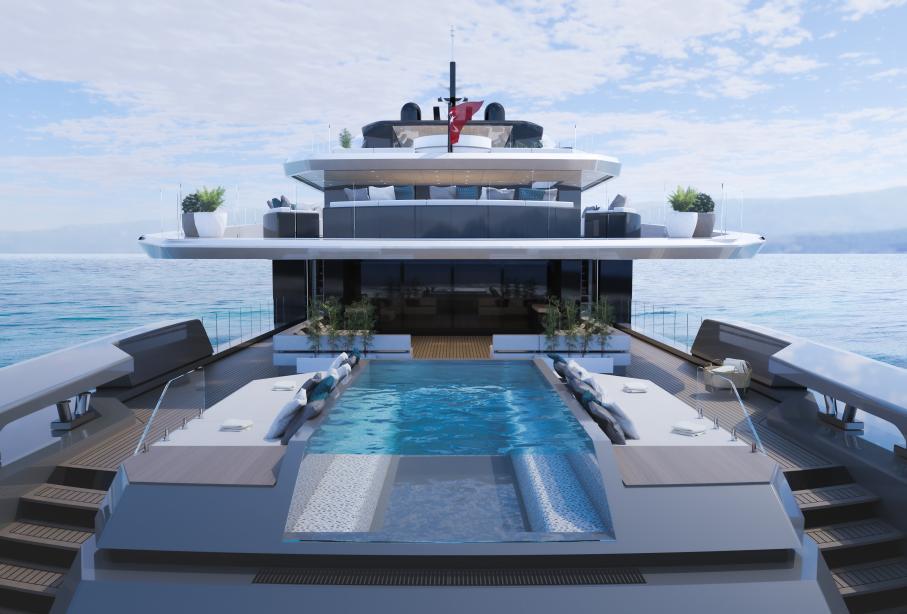 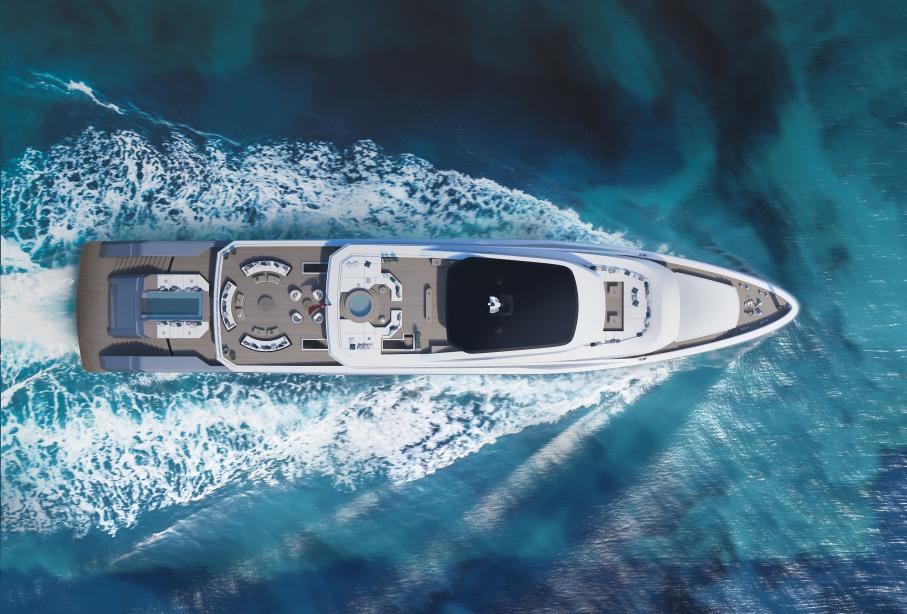 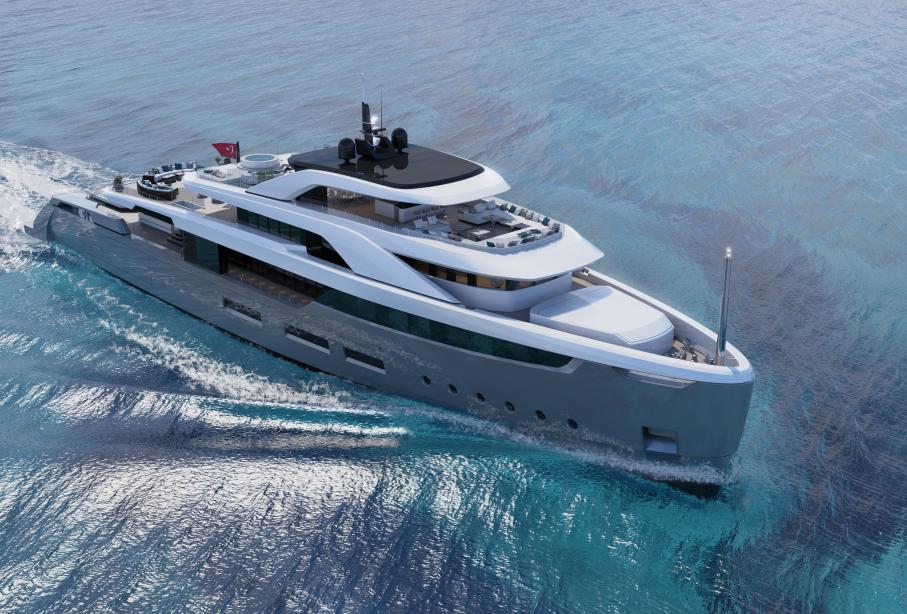 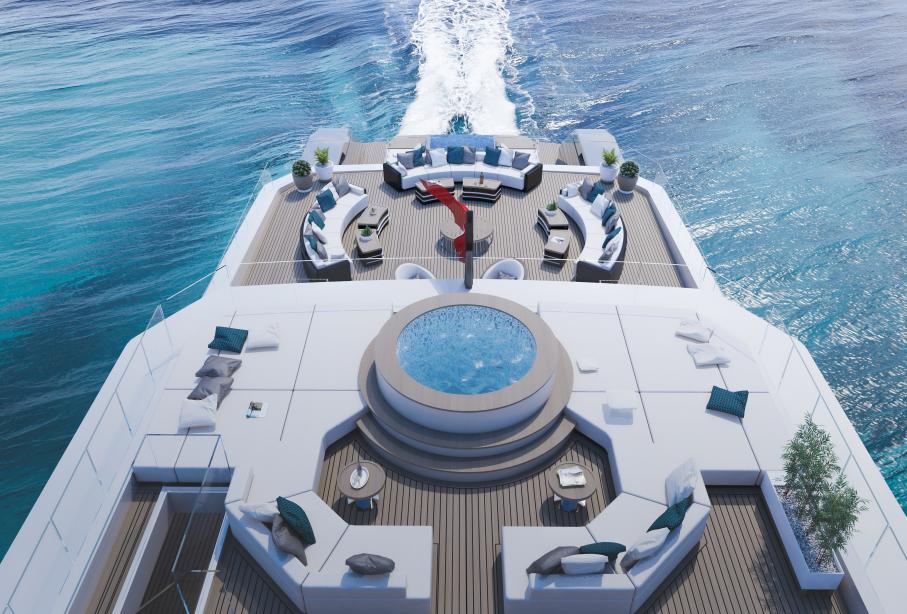 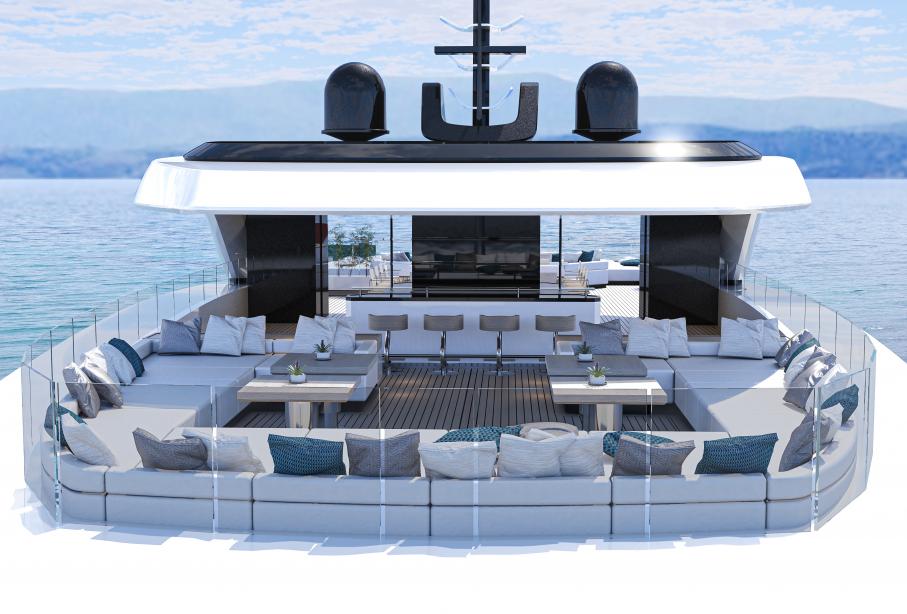 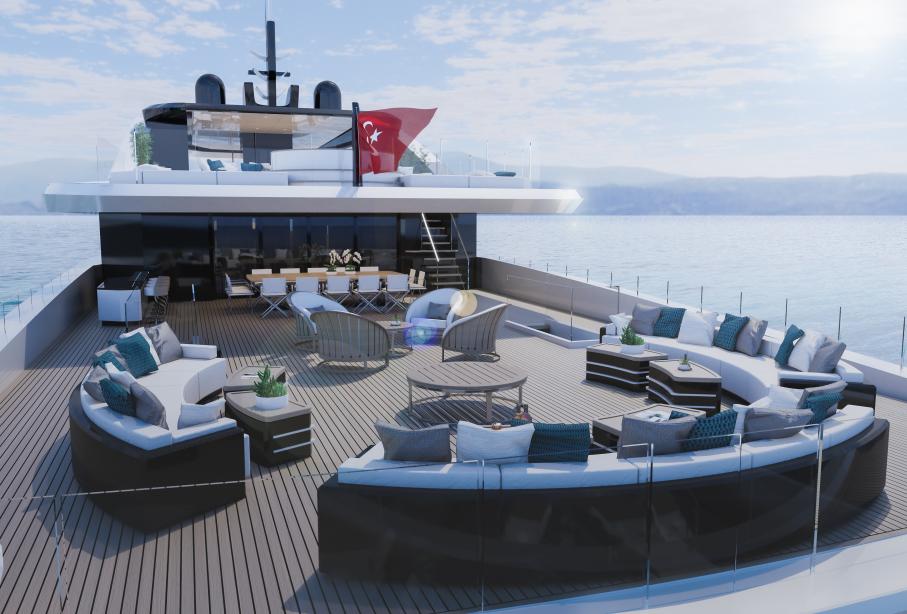 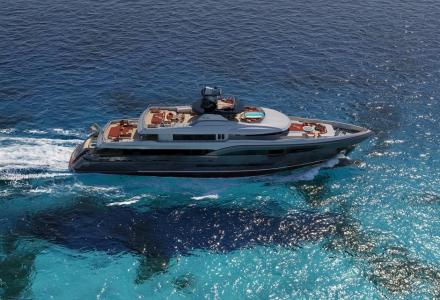 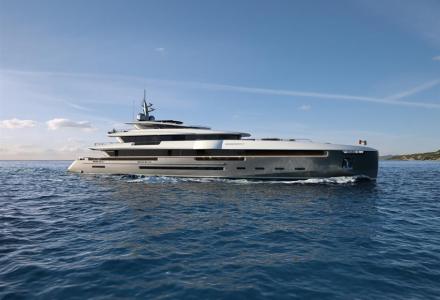 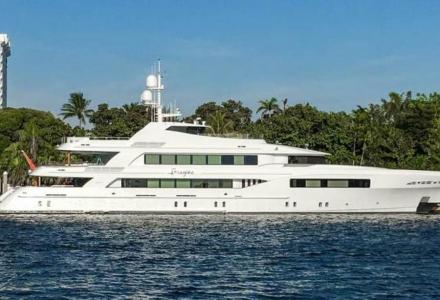 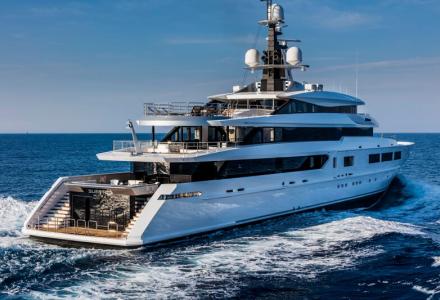 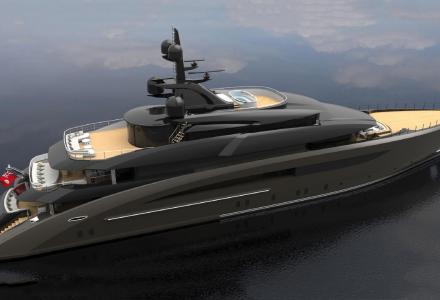 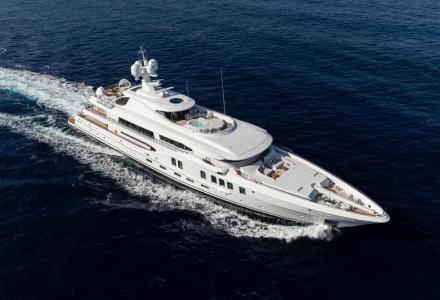 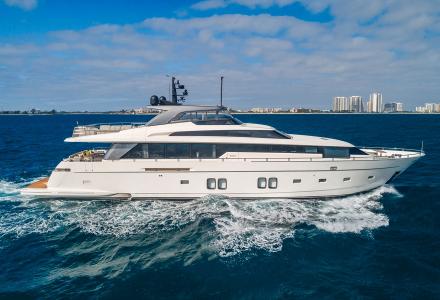 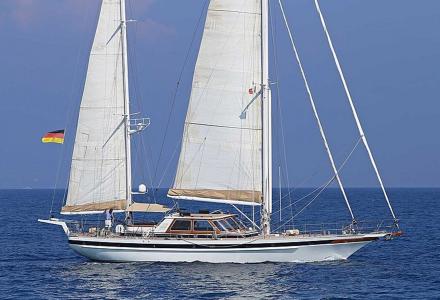 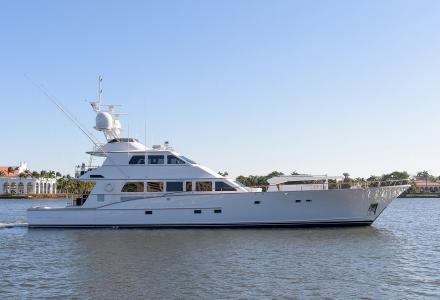 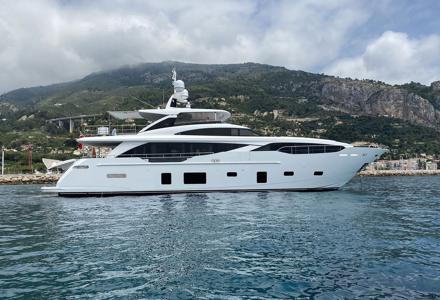 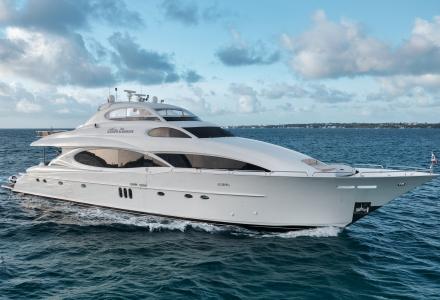