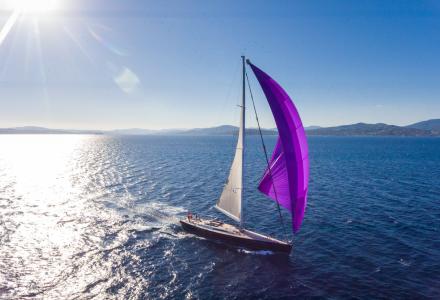 On April 27 starts one of the most exciting superyacht show the Palma Superyacht Show. Organized by the industry, for the industry, the five-day event serves as the perfect marketing platform for yachting companies, with exhibiting yachts available for both sale and charter. The show has gone from strength to strength each year, with over 300 boats on the water at the 2018 edition, a third of which are superyachts. Similar numbers are expected this year, alongside 260 direct exhibitors. 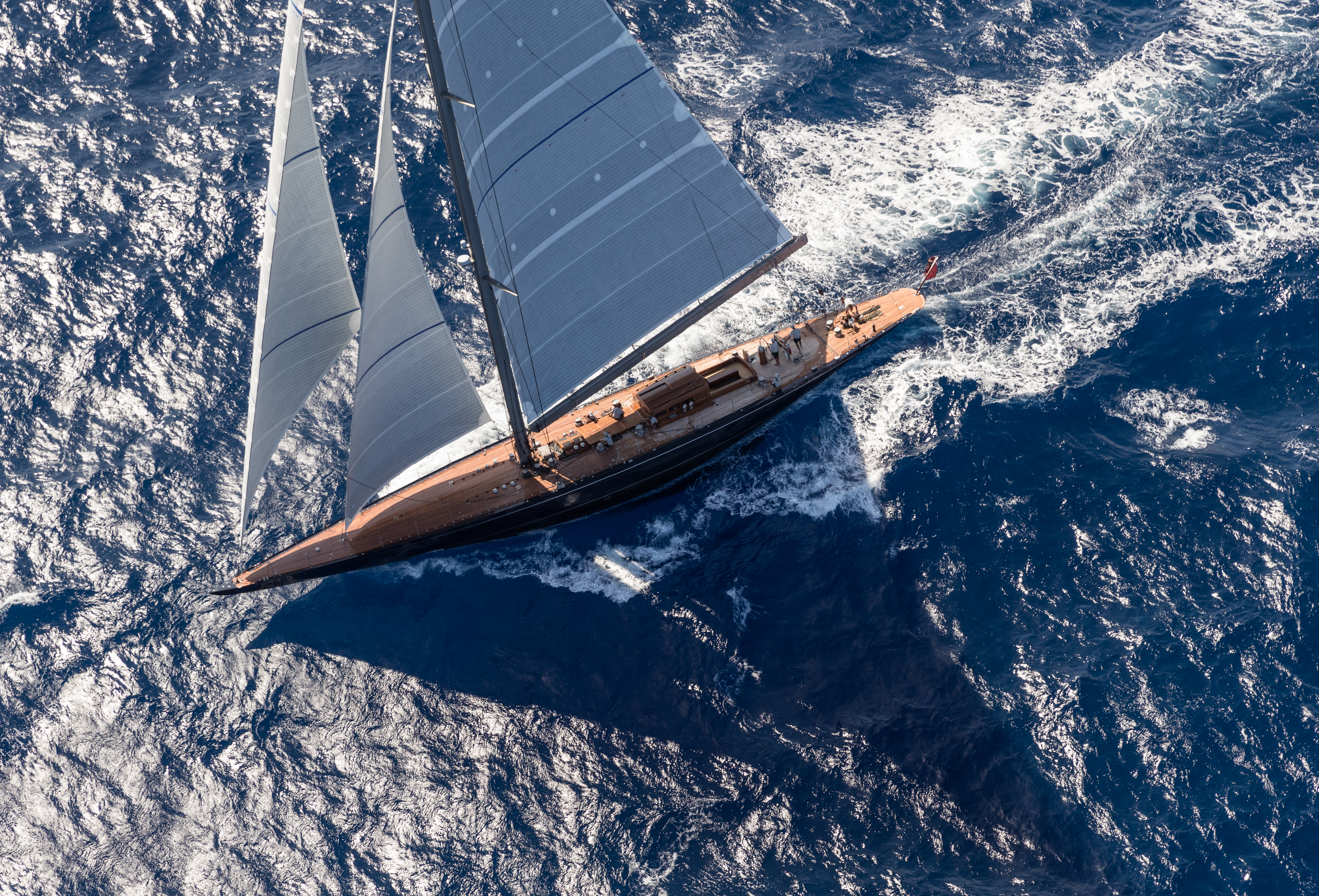 More than 80 yachts over 24 meters long will be presented here. Determining which boats are worth your attention can be a difficult task. Last year YPI presented a large fleet at the show. And now If you want to buy or charter a yacht, two yachts that you should not miss are the Rainbow and the Blues from YPI also. 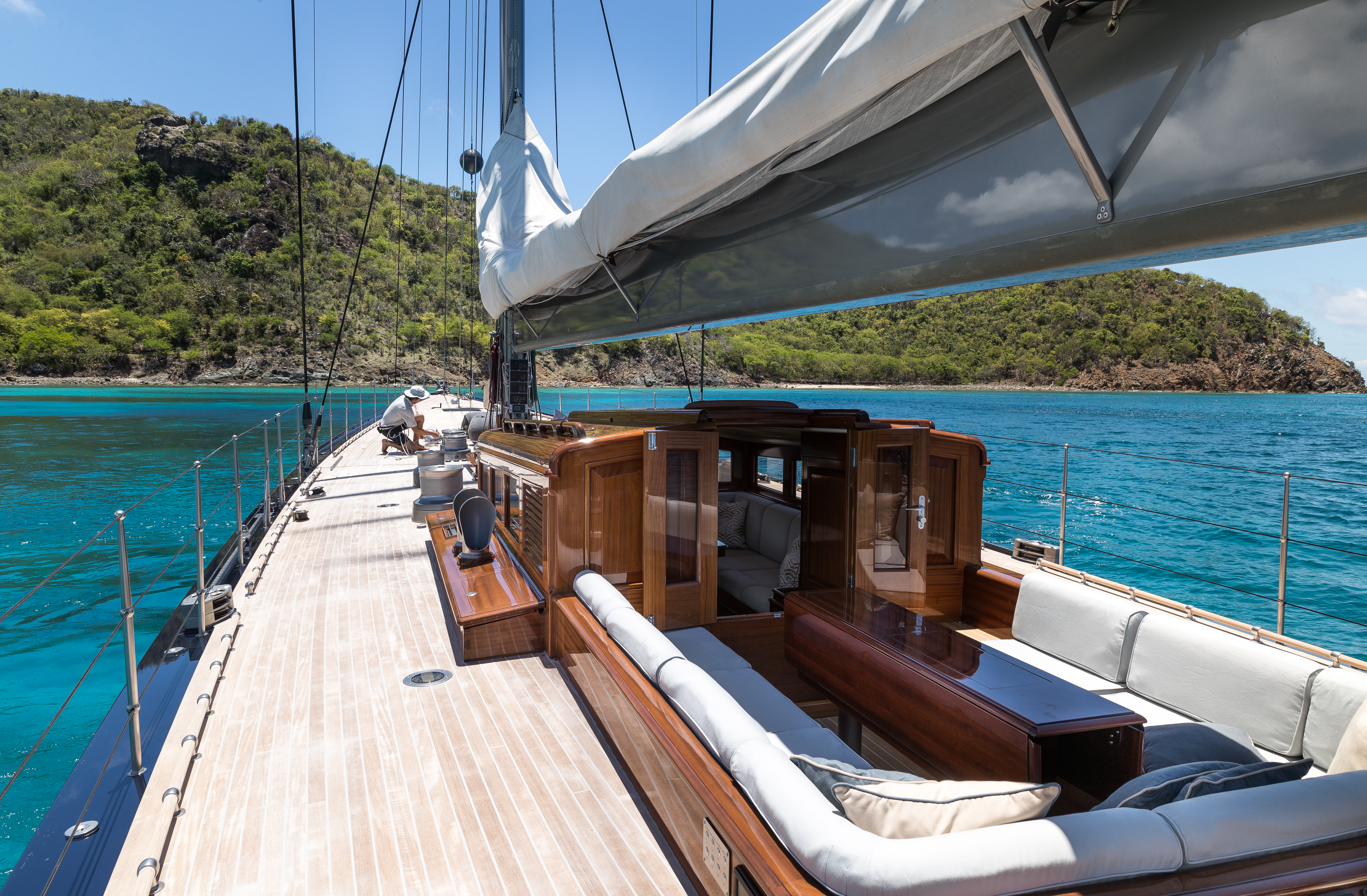 The 40-meter sailing yacht Rainbow, presented by YPI for sale and charter, is one of the most elegant ships on the waves. Delivered in 2012 by Holland Jachtbouw, it is the newest reproduction of the J-class and is currently the only J-class yacht available for charter. She is also one of the three J-Class yachts currently offered for sale, which certainly makes her one of the best sailing yachts in the world.

One of the newest J-Class reproductions on the market, RAINBOW is a best in breed yacht developed from the original plans of the 1937 America's Cup winner of the same name.

The original 1930 Rainbow was built for Harold Vanderbilt designed by William Starling Burgess, she won America's Cup in 1934. The reproduction is designed using the plans of the original Rainbow but combines classic lines with modern amenities and technology. It is perfect for those who love to drive a regatta. Rainbow has a stunningly clean deck, with all the layout and all tailor-made equipment designed for sails and the most likely racing maneuvers. Lightweight aluminum winches are custom made by Lewmar. 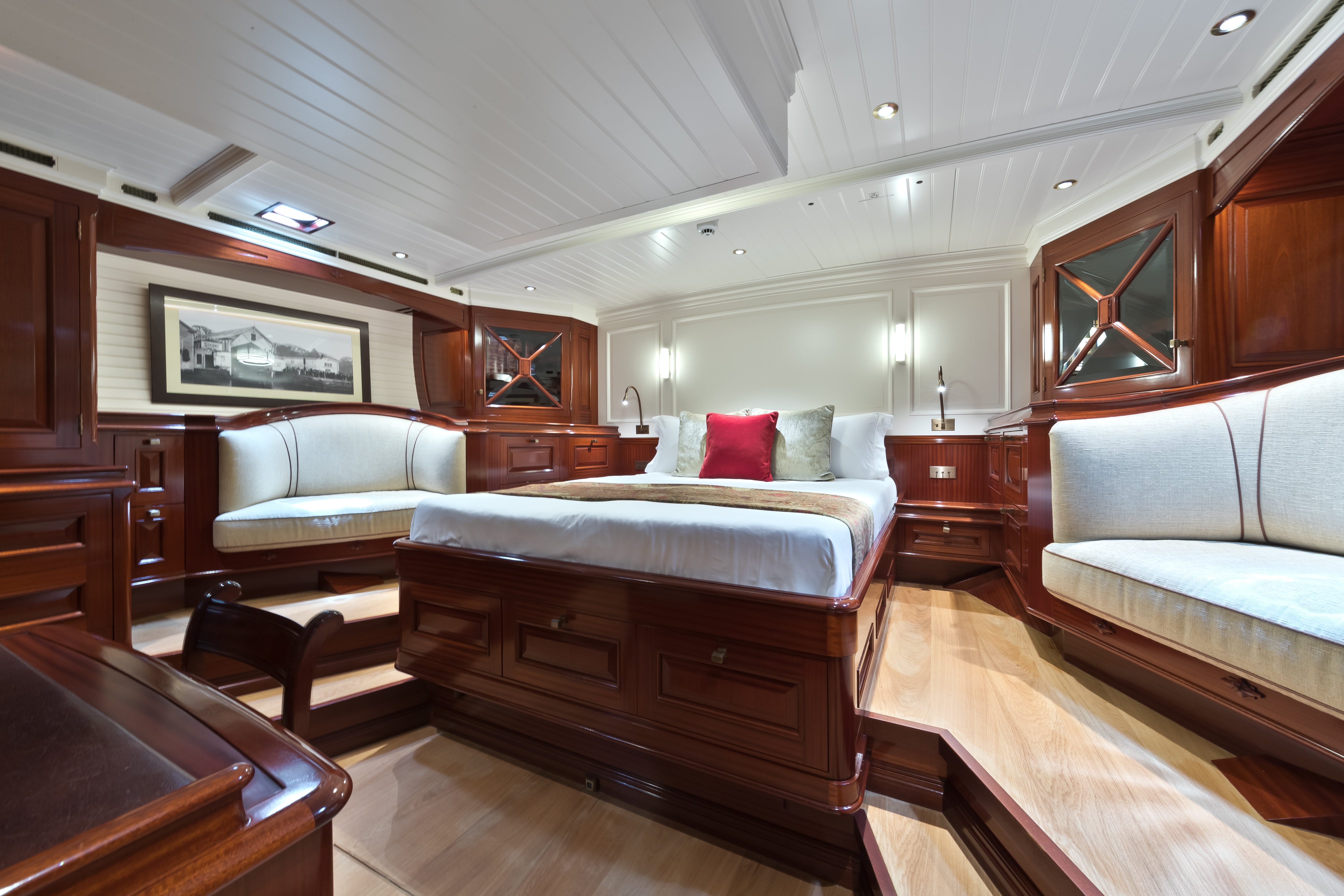 Her naval architecture was designed with the J-Class Association's top performance rules, while its plan includes the North Sale 3Di advanced sails and special high-speed hydraulic winches. The hybrid powerplant means that the Rainbow also boasts a reduced environmental impact and low noise and vibration levels due to silent swimming that can make night transitions. 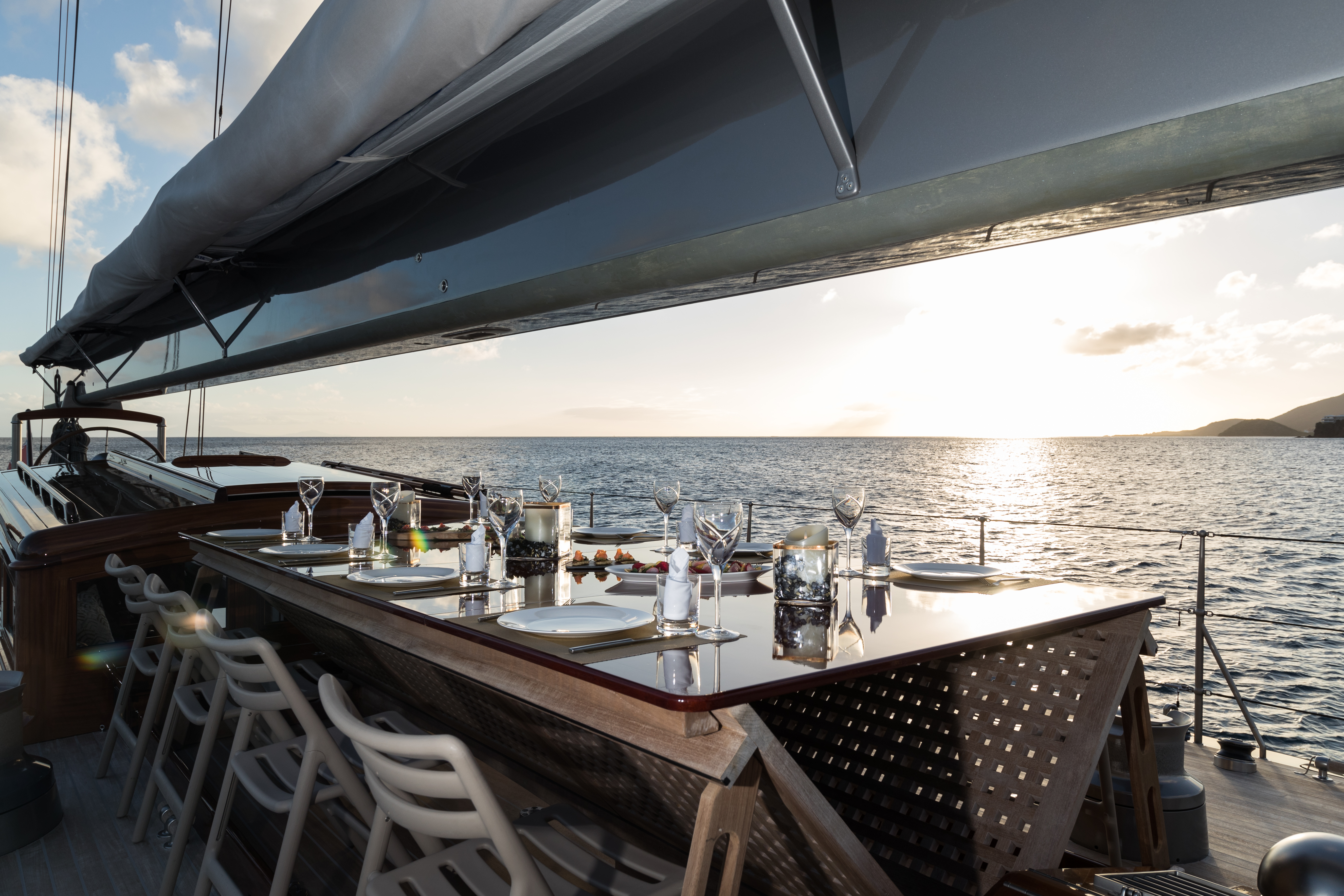 Everything that goes beyond the original lines of the 1930s is the most modern art of the Rainbow. Its installation includes high modulus carbon spars from Southern Spars, carbon mast, boom, and spinnaker, continuous carbon fiber tooling and North Sails 3Di racing sails. Unlike the other Js, the Rainbow has a racing box with spreaders. 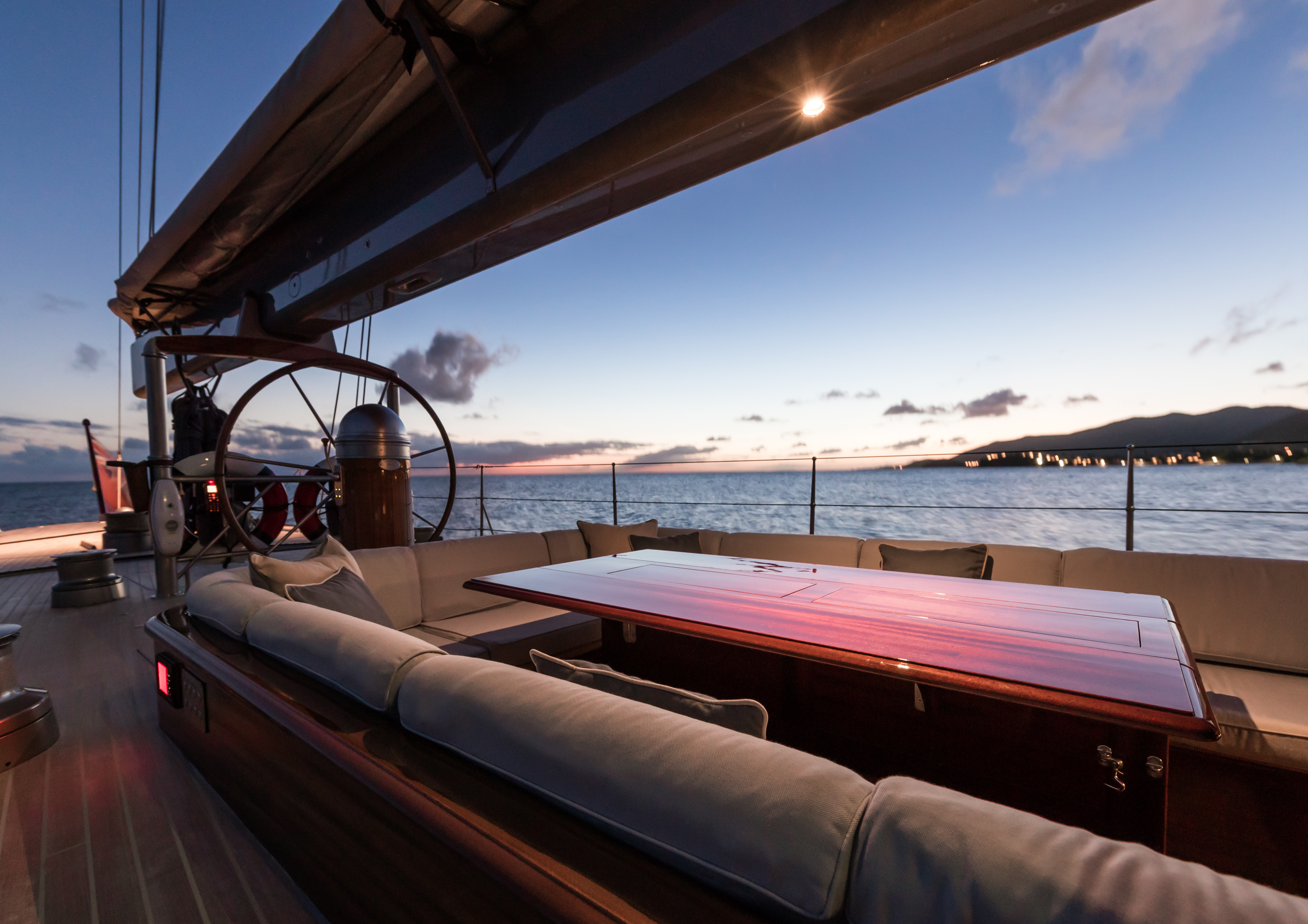 Rainbow interiors were designed by Dykstra in partnership with deVosdeVries design and decorated with mahogany panels and art deco details. Accommodation is available for six guests in the owner’s beautiful cabin and two double cabins with Pullman berths, while outdoor seating areas include dining areas in the cabin and on the bow deck. 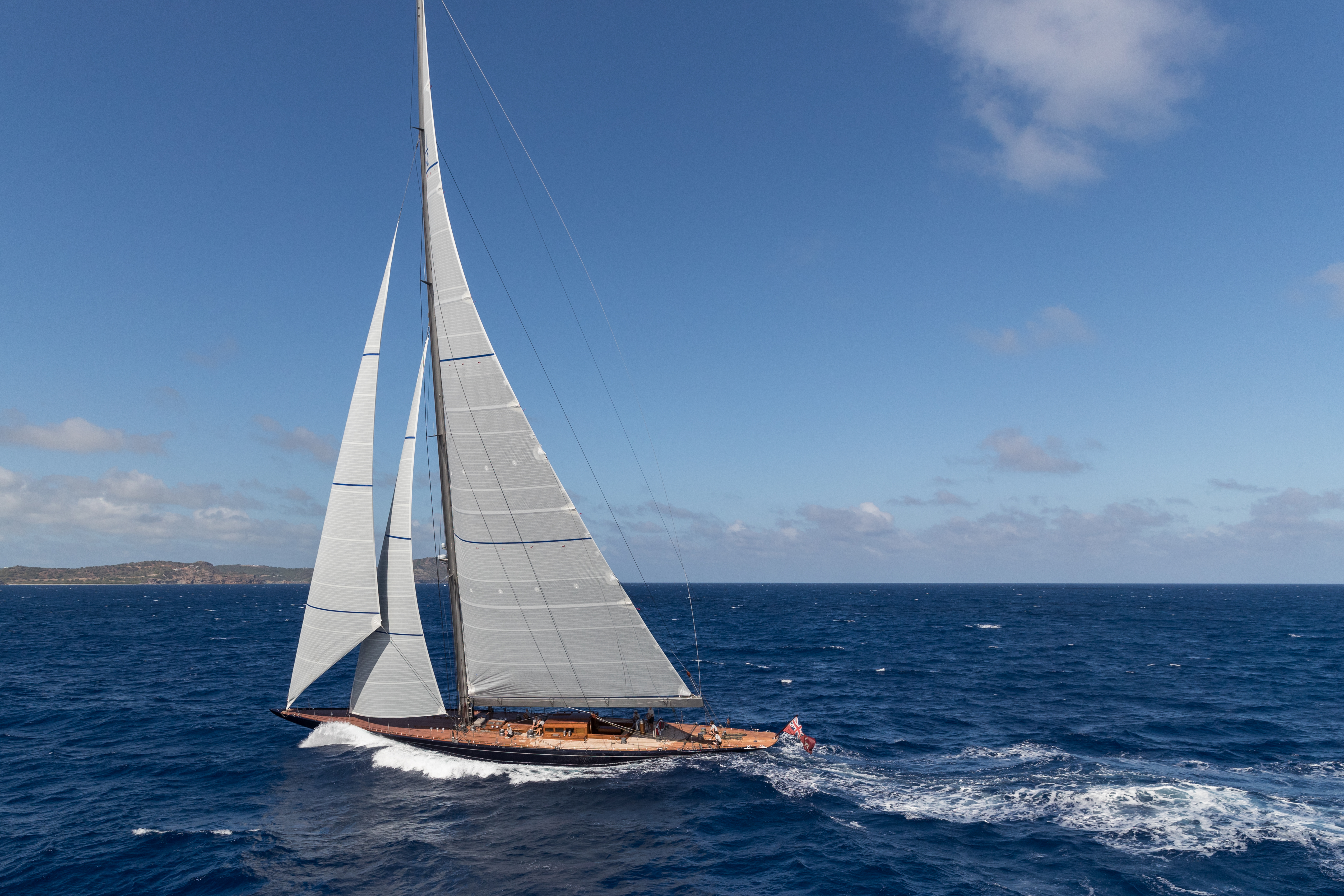 There is another comparison between then and now. It is said that Harold Vanderbilt chose the name “Rainbow” as early as 1934 as an expression of his hope that the situation could go better with the world after a period of economic recession. Today there are obvious parallels, and it would be nice to think that this new Rainbow could be one of the forerunners of a brighter future for the yachting industry. 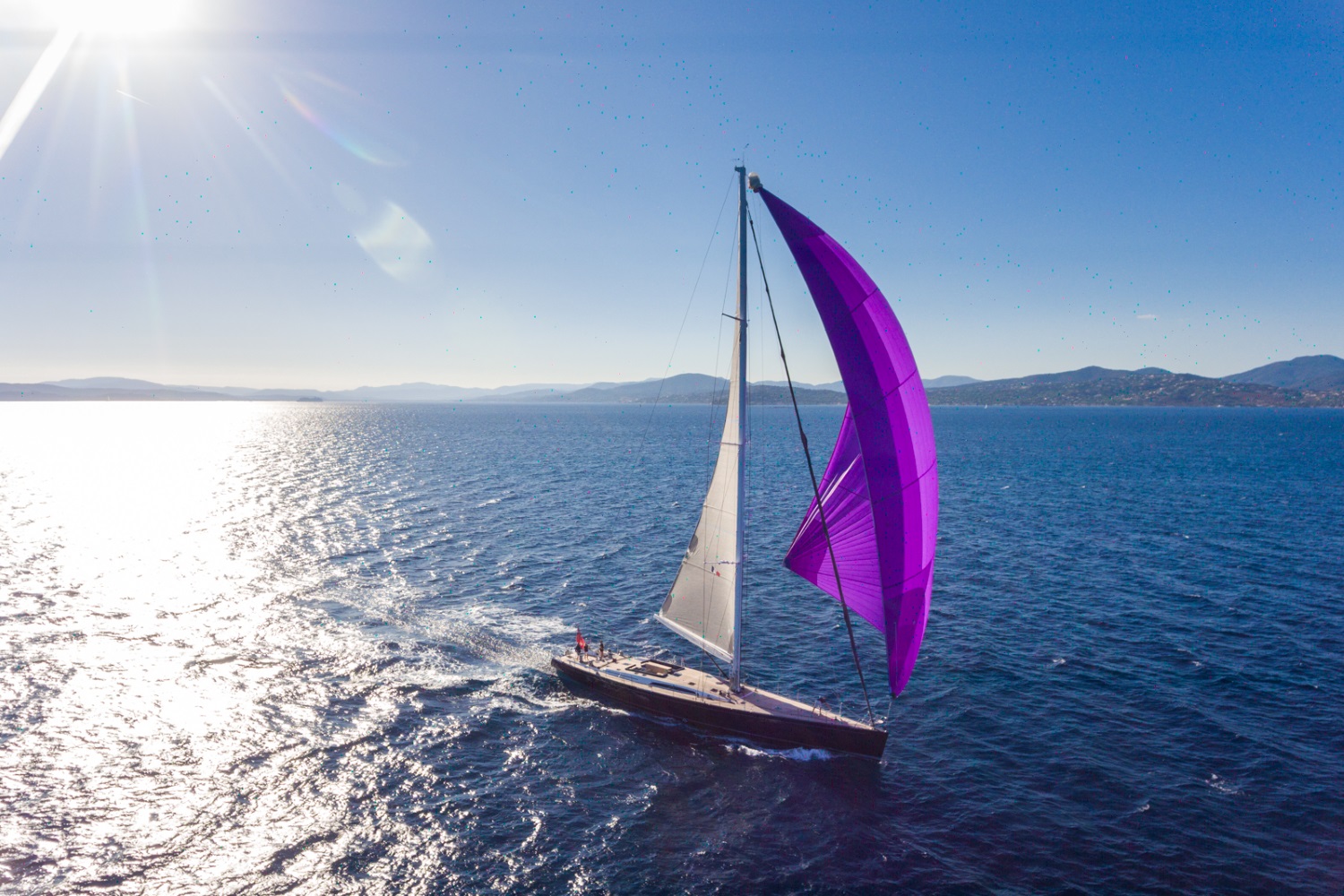 Characterised by the sporty lines of a low coachroof profile and an open transom, BLUES is built to the highest technical specification, including a high-modulus carbon mast and EC6+ carbon rigging. Find out more at ypiyachts.com

Designed by Nauta Design inside and out, with Farr Yacht Design naval architecture, the Blues is the second building in the award-winning SW100RS series and has a high modulus carbon mast and EC6 + carbon fiber trim with a low canopy and an open transom, it is the best 100RS, ever released by Southern Wind. 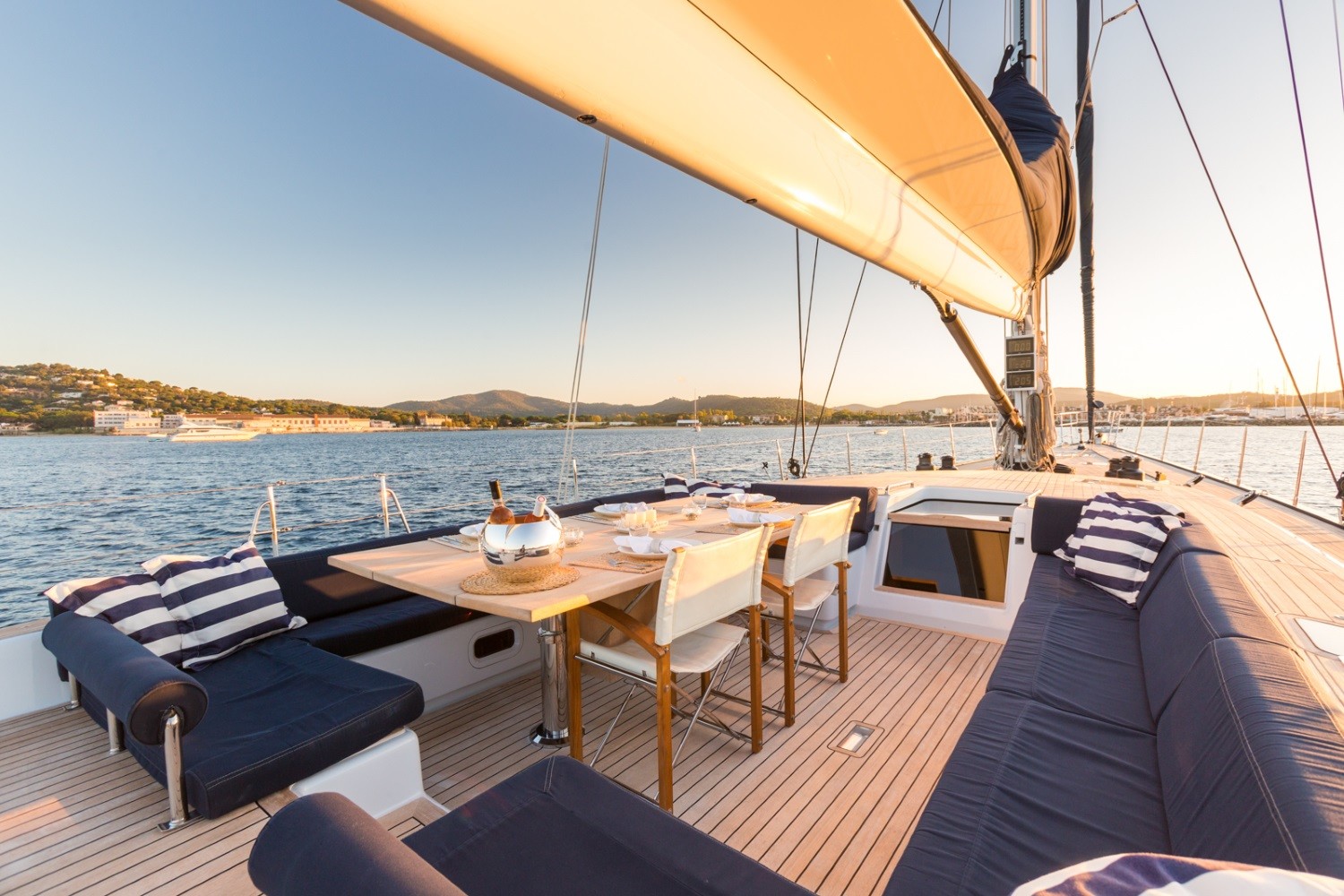 The guest house stretches from the middle to the very edge, occupying the quietest part of the yacht, consisting of the main room, a double VIP cabin, and two double cabins. The sporty character of the yacht extends to the interior with a low wide cabin with and a study, which is ideal for relaxing after a long day at sea. 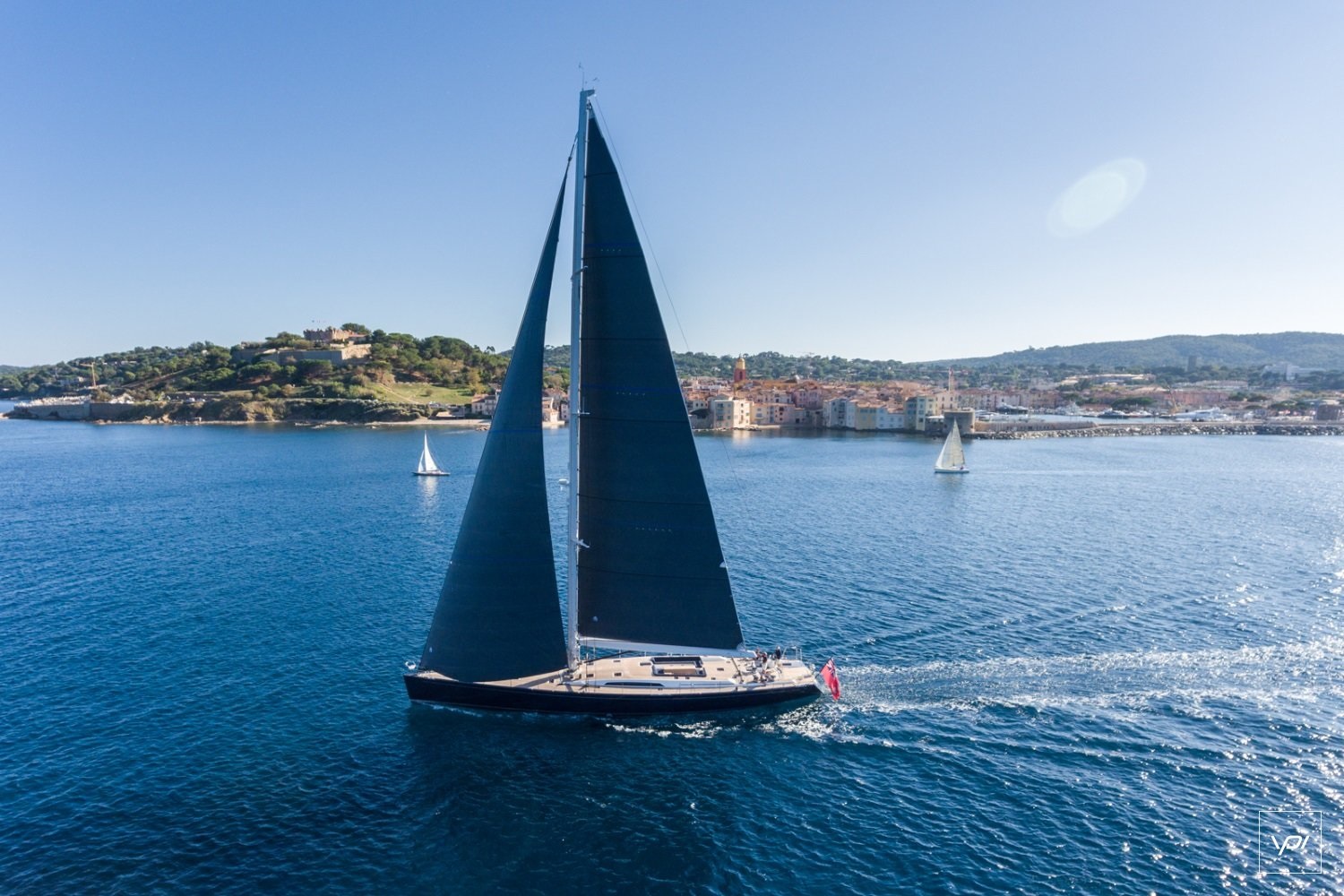