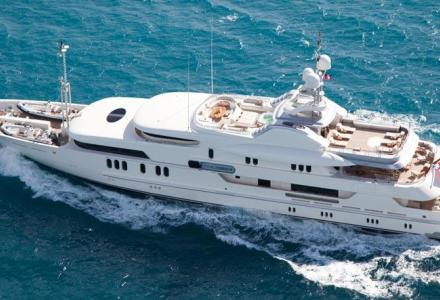 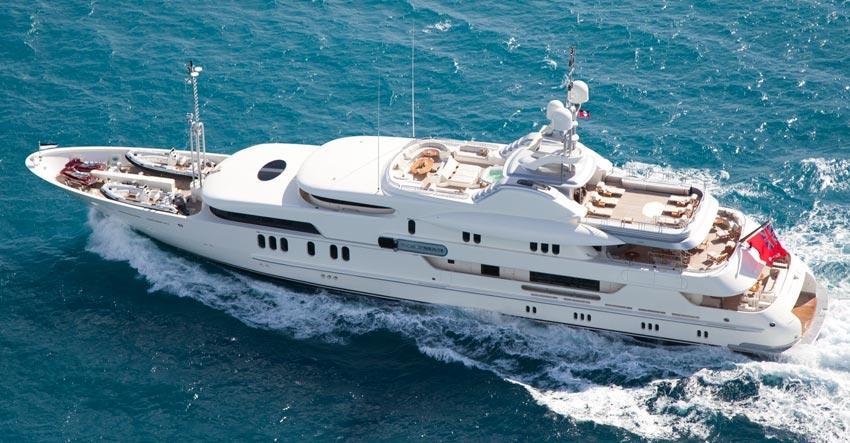 Russian billionaire, Mikhail Prokhorov has sold his 61.5m Amels-built superyacht, Solemar. Michael Leach Design was responsible for her exterior and interior style. Her alluring amenities include a nightclub, a Jacuzzi, an outdoor cinema, a fully equipped air conditioned gymnasium, enclosed by glass walls, and a swimming platform, that also serves as a sea-level dining deck. The last recorded asking price was set at €27,500,000.
2. Yacht built for former Russian minister sold 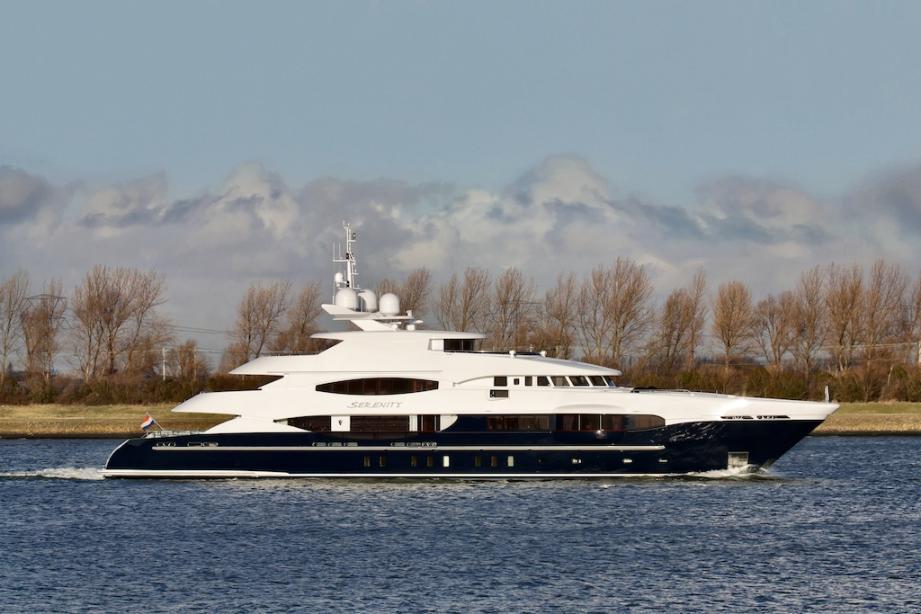 The 55m Serenity reportedly built in 2011 for Russia's former press minister, Mikhail Lesin, was sold a mere three months after entering the brokerage market. Marketed for sale by IYC, the superyacht was asking 37,000,000 € at the time of sale.
3. How the refugee crisis affected yachting 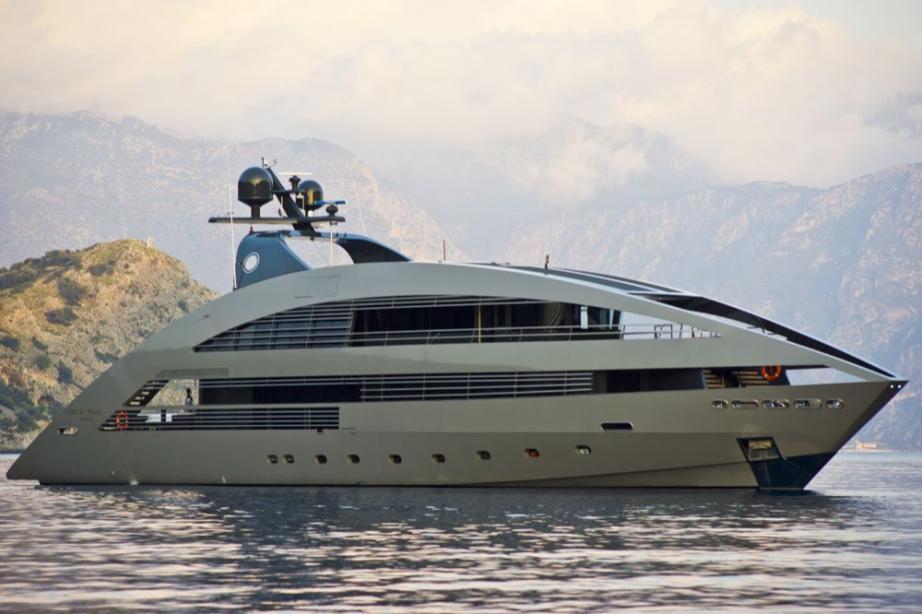 Over a million refugees crossed into Europe in 2015, according to the BBC, raising many questions as to how the EU should deal with the influx. Their trajectory in arriving to Northern European countries passes through countries such as Turkey, Greece and Italy. As a result, Turkey became the first charter destination to become affected by the migrant crisis. The US embassy in Turkey has published on April 9th 2016 a message stating that there were credible threats to tourist areas in Istanbul and Antalya, in particular public squares and docks.
4. Benetti's 40m yacht Mingfa to debut in Hong Kong 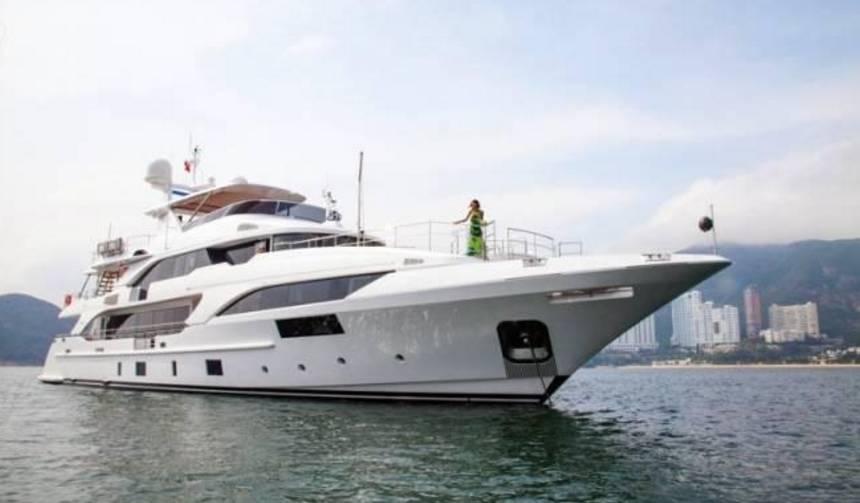 One of Benetti's latest superyachts, Mingfa, will be showcased at the Hong Kong Gold Coast Boat Show from 29th April to 2nd May. Measuring 40m, the vessel will be the largest yacht on display at the event. Mingfa represents the fifth Supreme 132 vessel built by the famous Italian shipyard. Stefano Righini undertook her exterior design, whilst Francois Zuretti styled the interior.
5. Oceanco's 107m Stiletto concept unveiled 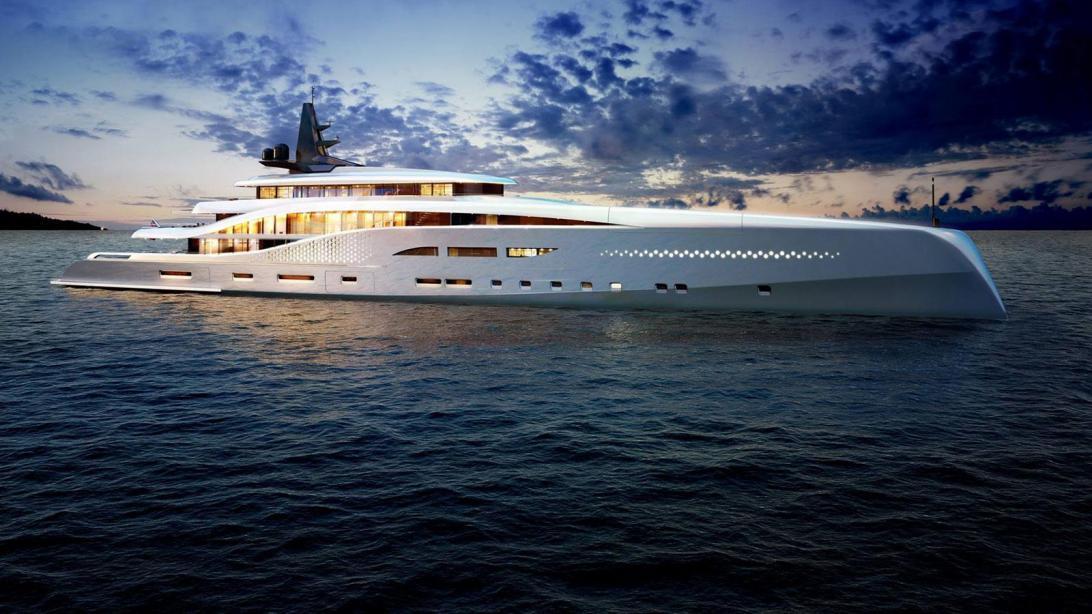 Officially unveiled at the Dubai International Boat Show, the concept was designed by Ken Freivokh. Superyacht's layout features a huge beach club and gym area aft, supplemented by folding terraces, and a swimming pool, which is fully integrated with the external dining and bar areas. Stiletto can accommodate up to 18 guests in an owner's suite, six guest cabins and one VIP cabin that can be converted into two guest cabins.
6. Benetti Crystal 140 superyacht Equus launched 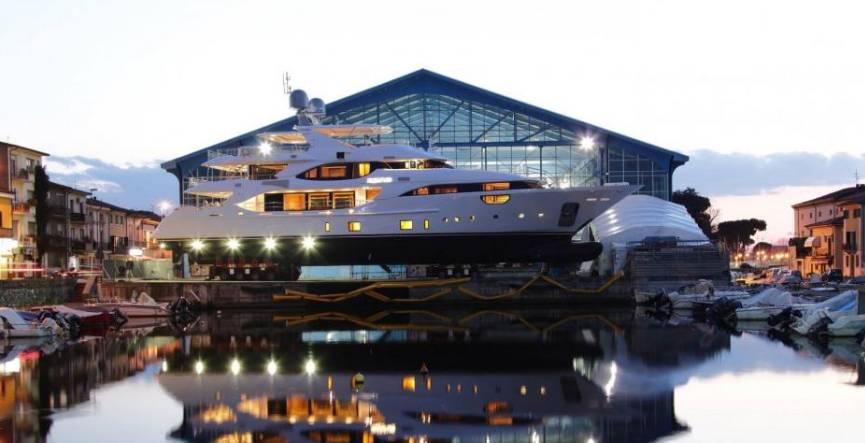 Benetti Crystal 140 superyacht has been launched. 42m Equus made a splash during an official ceremony, which was attended by her experienced European owner and his friends. Equus' interiors, originally created by François Zuretti, were customized by the Benetti in house design team in collaboration with the owner’s designer Polly Sturgess. The interior is characterized by an African mood, which reflects the family’s passion for Africa and polo.
Facebook
Twitter
Google+ 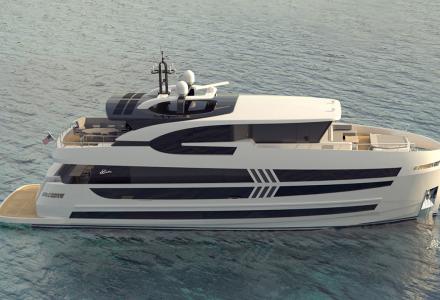 Elada EX87 launched in USA
Elada Yachts, part of the Lazzara Yachts group, is set to launch its first superyacht.This is the most spacious Sky Lounge in this market segment.The spacious wheelhouse provides a full 180 degree view, and its straight position provides excellent lines of sight and optimal ease of navigation. Above the steering wheel feed is an elevated living room that looks over 4 large monitors. The latest generation of navigation equipment and alarm monitoring systems seamlessly integrates yacht systems.The aft flybridge include large table for eight people, the sofa and bar and also an additional Jacuzzi layout. An automatic canopy system provides adequate sun protection.The Bow Lounge has a spacious tanning bed, a large crescent-shaped seating area, and a sofa to enjoy magnificent views. On the lower deck there is a beach club with a convenient storage for runners and a fenced railing with a swimming platform.The yacht has a VIP cabin and double guest cabins and includes large windows, wardrobe, queen-size bed, desk and TV.Surfaces are made of exotic wood and stone. Each double room has a desk and two single beds.
February 25, 2020 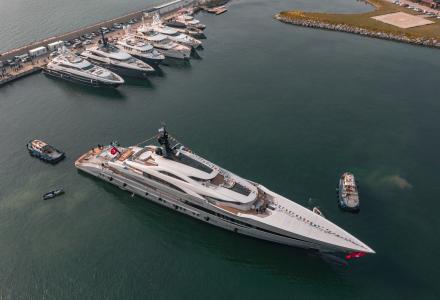 Bilgin Yachts launches 80m Bilgin 263
The first 80-meter superyacht Bilgin 263 became the longest superyacht ever built in Turkey by Yachtley yard. The yacht will be ready to be shown and delivered this spring or summer.Bilgin Yachts is a boutique shipyard in the Istanbul area, which builds luxury superyachts ranging in length from 40 to 100 meters. The shipyard operates on facilities with an area of 59,500 m2 with a modern marine furniture factory, a universal mechanical workshop and a stainless steel workshop.Currently, Bilgin Yachts has built three units of the 80-meter series of Bilgin 263. The second building, which has already been sold, is scheduled to be launched in 2021, after which the third case of the model will be delivered to its owner in the same year. The series emphasizes environmental friendliness due to the special exhaust system. According to words of Emrecan Özgün, CEO and the Founder of Unique Yacht Design,"the Bilgin 263 is truly one-of-a-kind. We created a very attractive yacht with a sleek and sexy profile while avoiding high dosage design clichés. The increase in living areas normally results in bulky designs. The Bilgin 263 has a design attitude that will dominate the yachting sector around the world. This will clearly make her a trendsetter among steel-aluminum superyachts of today." The exterior and naval architecture of Tatiana was designed by Unique Yacht Design, the interior by H2 Yacht Design.Yacht can speed up to 20 knots, while the cruising speed 12 knots keeps her fuel consumption as 250 l/h. She is built in compliance with IMO Tier III certification and is considered to be the most environmentally-friendly yacht in her class.
February 25, 2020

Van der Valk presents new Pilot yacht model
The Dutch shipyard Van der Valk has developed a new line of crossovers Pilot, which will be available in a range of lengths, starting with a 23-meter model and above. Designed by the Amsterdam-based studio Cor D Rover, the new Pilot series combines a rugged explorer inspired exterior with comfort and quality. There is lots of space particularly on the aft deck for sunbathing as well as the storage of tenders, Jet Skis and other toys.Owners can make a wide range of adaptations to the 23-meter model, including adding a gym at the stern and changing the size of tenders and toys on board. The saloon can even be extended aft to expand the socialising space here by creating a larger dining area.The main deck lounge on board the yacht will feature uninterrupted views of the outdoors thanks to floor-to-ceiling windows, as well as a galley and a full-beam master stateroom.The rest of the guest accommodation is located on the lower deck, consisting of two double cabins with bathrooms and a VIP suite. At the same time, the crew room includes two double cabins and a separate crew area with a bathroom and mess, which is served by its own staircase.
February 21, 2020

Magnum 60 Furia by Hammer: the final stages of reconstruction
The Magnum 60 Furia was launched in 2001, designed by Magnum Marine and Ceo Catherine Theodoli. They say that this is the most successful of the Magnum models.Back in 2001, the 120-kilometer 60 Furia Magnum was named the fastest yacht of this size in the world and after extensive repairs at the Perini Navi Hammer shipyard reached higher speeds.Changes include new air intakes in the engine compartment along with a customizable display on the control panel.The new Magnum 60 concept is attractive to the original design, but much more pleasing to the eye, with distinctive details throughout the American style of the 50s. The owner’s room has individual storage solutions on either side of the room to ensure clean space.Marnix Hoekstra from Vripak says that they kept the overall layout and tuning of the boat, but made improvements, for example, they expanded the companion from the saloon in the middle to the double and twin cabins.
February 20, 2020
All news