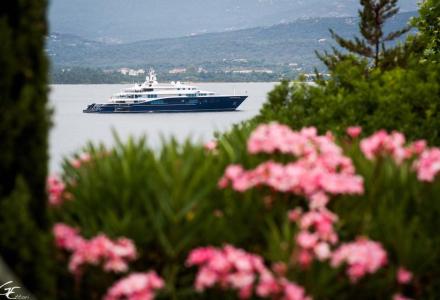 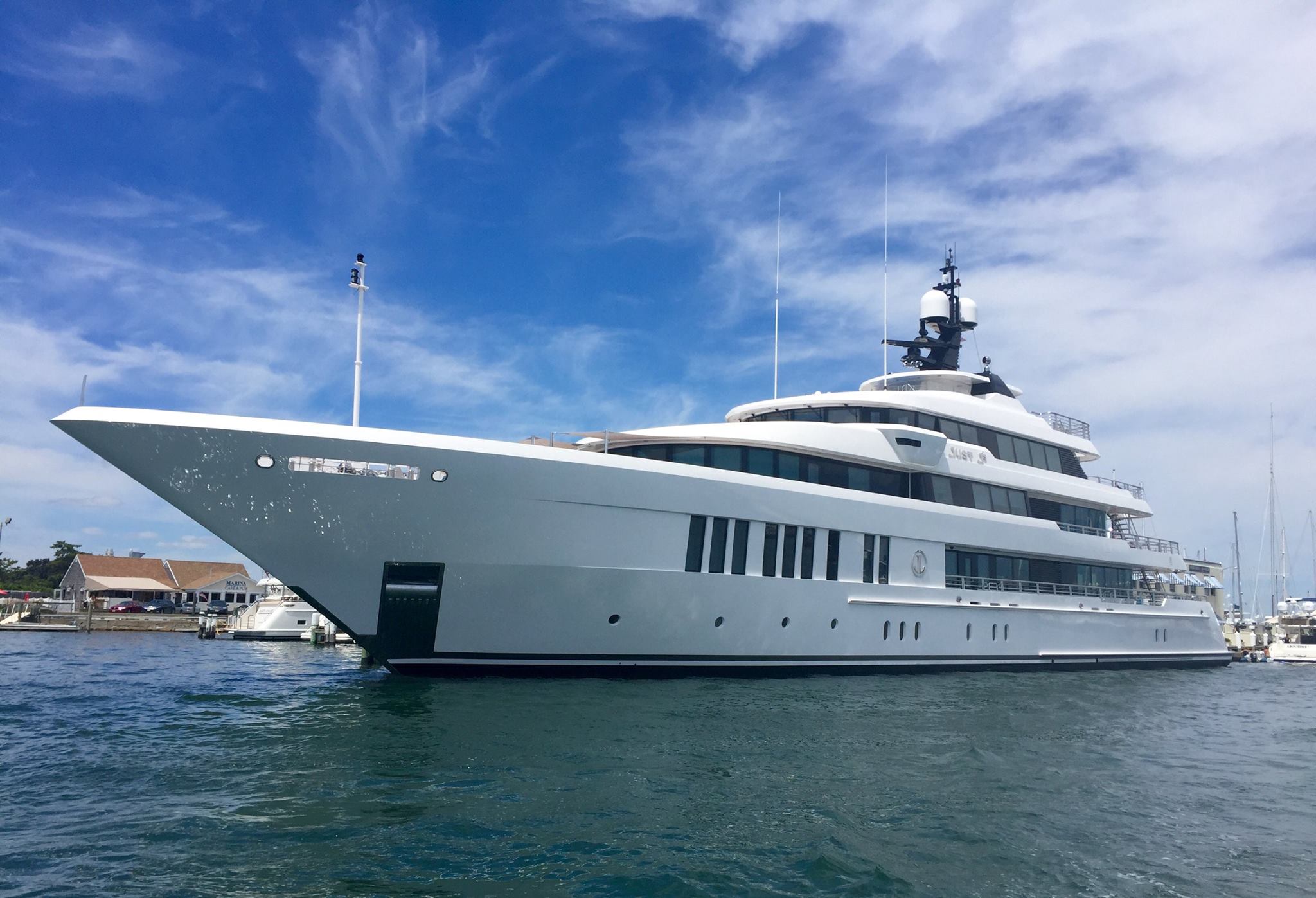 Constructed with a steel hull and aluminium superstructure, Just J's has been designed by Sinot Yacht Design, with naval architecture by Diana Yacht Design. Built by Hakvoort, her notable feature is the eye-catching three metre contraflow swimming pool on the sun deck, which is covered in mosaics inspired by the Caribbean Sea. She also carries a nine metre tender and four jet ski's in the tender garage, all of which can be launched from large gullwing doors on either side. Other amenities on board include a well equipped gym and a cinema room on the bridge deck.
Luna and Dilbar - Dorian Gorda 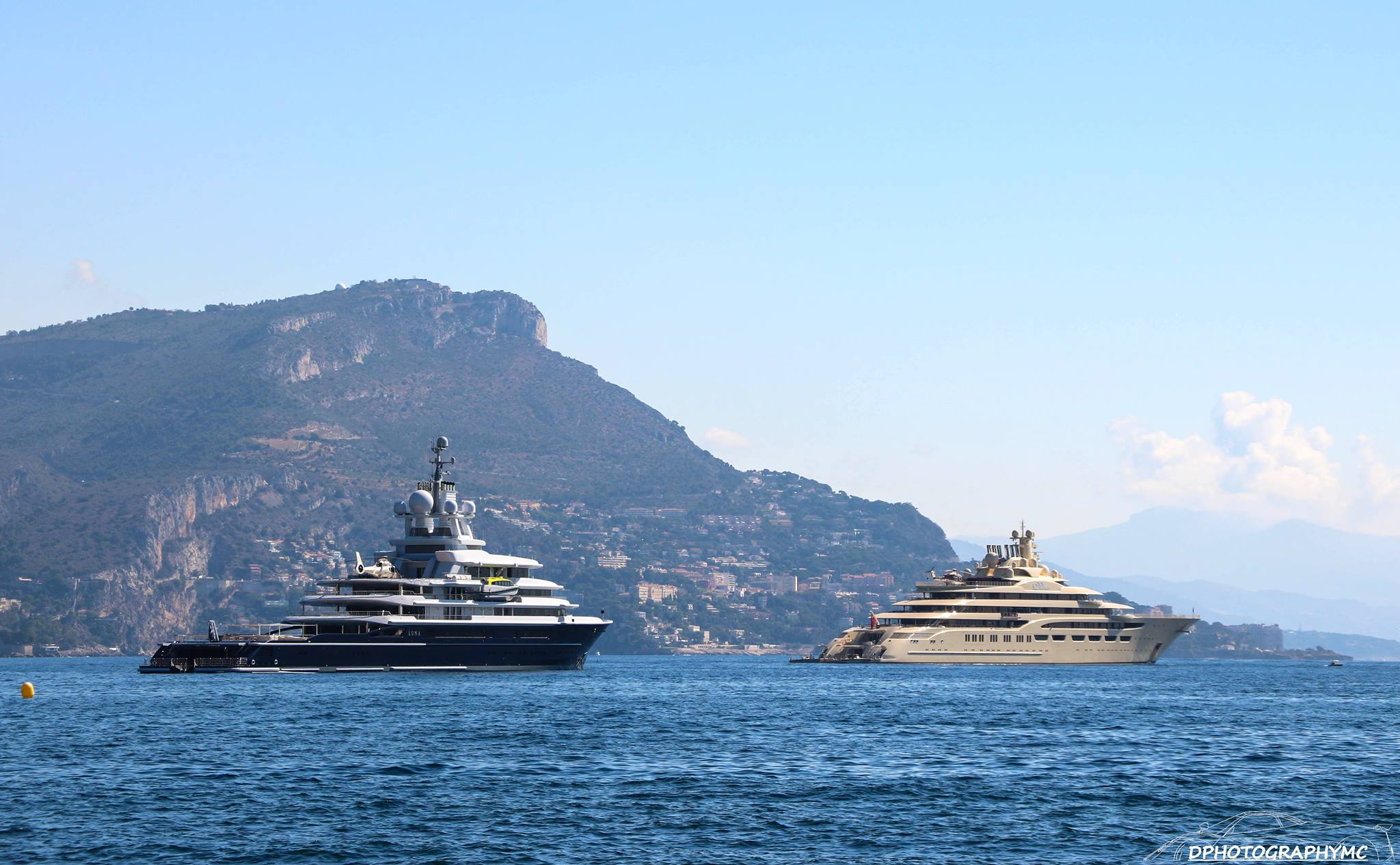 Measuring 115m, Luna was launched as the world's largest expedition yacht in 2010 by Lloyd Werft and Stahlbau Nord Shipyards. She has an interior styled by Donald Starkey, whilst Newcruise Design is responsible for superyacht's exterior.
The fourth largest vessel in the world, Dilbar measures 156m. Launched by Lurssen in November 2015, the superyacht was reportedly built for Russian billionaire Alisher Usmanov. Not a lot is known about this project, but it is confirmed that her exterior design is by Espen Oeino with interiors by Andrew Winch.
Topaz - Desmond Van Berge Henegouwen 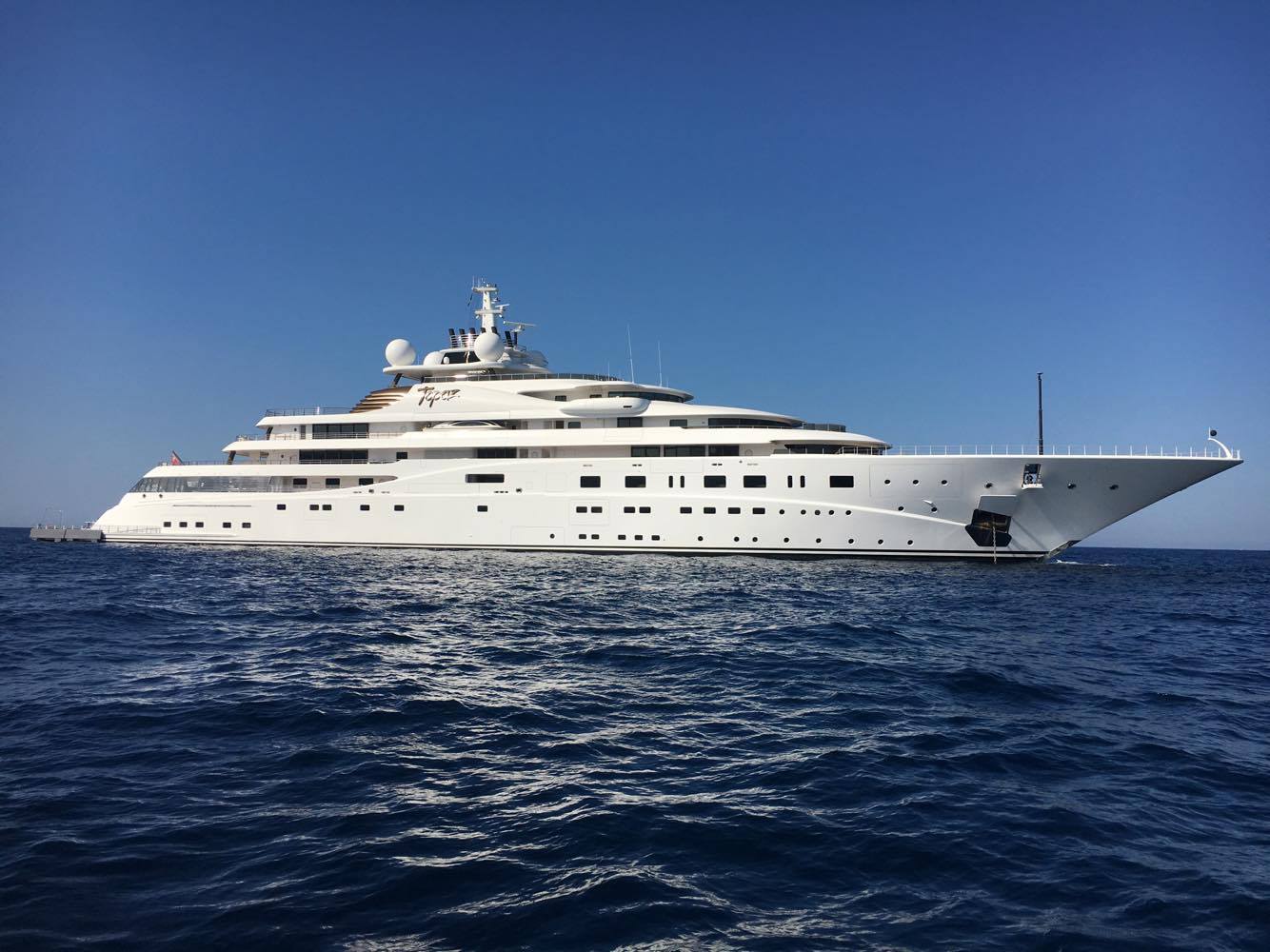 Launched in May 2012 by Lurssen, Topaz picks up the spot of 6th largest yacht in the world. The megayacht has a beam of 21.5m and 5.7m, this adds up to a gross tonnage of 11,589 tones with her steel hull and aluminum superstructure. Topaz features an exterior design by Tim Heywood and interior style by Terence Disdale.
Ace - Peter Seyfferth via @Lurssen 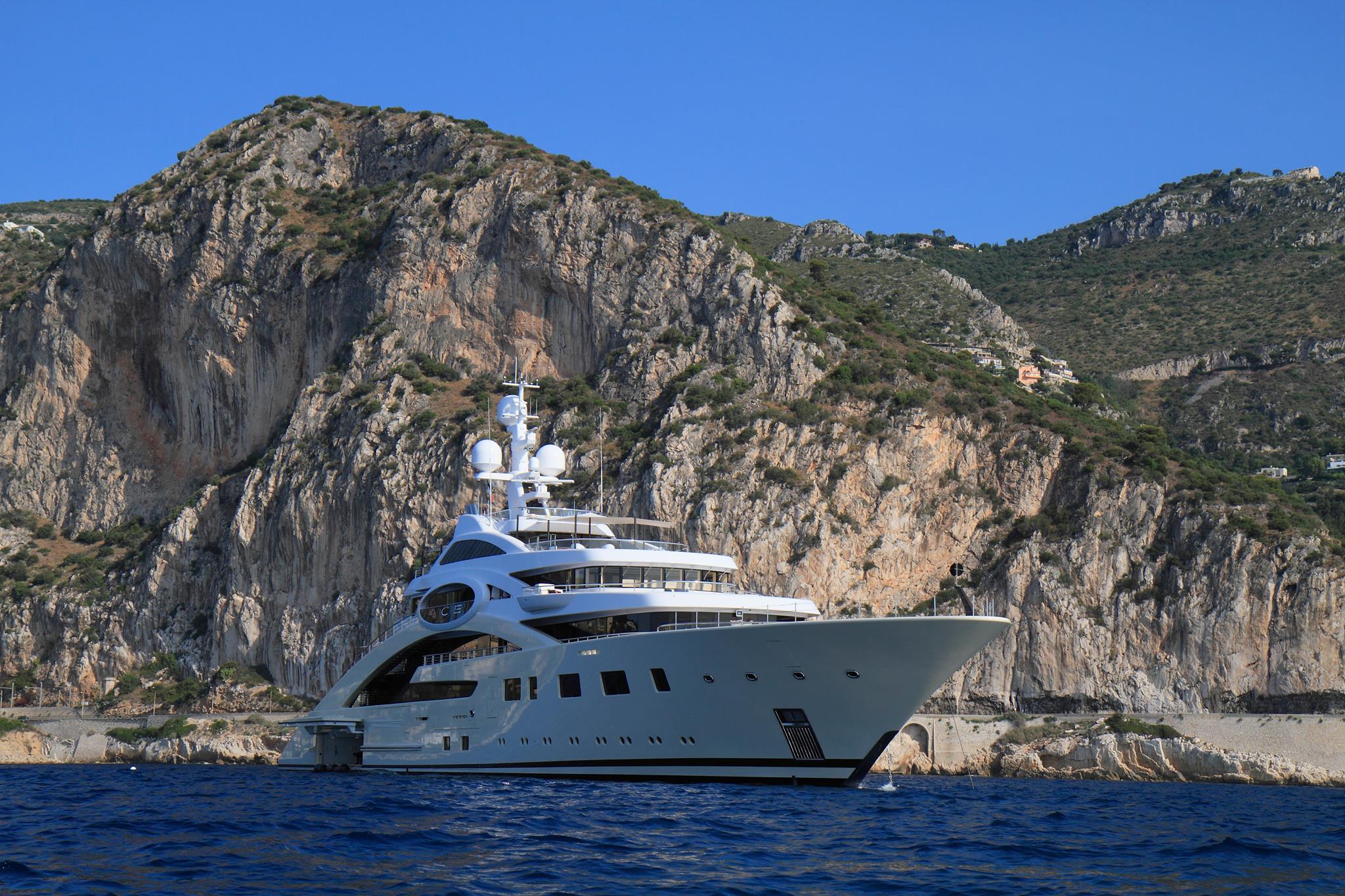 Formerly known as Project Rocky, 87m Ace was built by Lurssen in 2012. With a beam of 13.80m and a draft of 4.00m, she has a steel hull and aluminium superstructure. This adds up to a gross tonnage of 2850 tones. She can accommodate 12 guests in 6 cabins with an interior design by Andrew Winch and an exterior design by Andrew Winch.
Carinthia VII - Photo by Guillaume Ettori 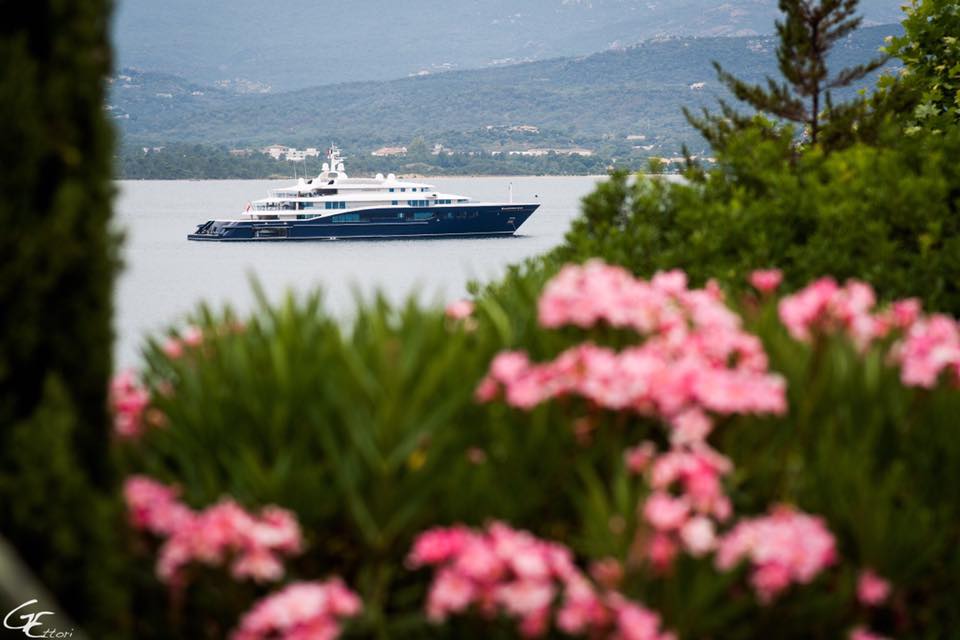 Carinthia VII is a 97.20m luxury motor yacht built by Lurssen in 2002. She is powered by MTU 8000 engines of 9,925hp each, capable of reaching a maximum speed of 26 knots and cruise at 22 knots. The superyacht can accommodate 12 guests in 6 cabins with an interior and exterior design by Tim Heywood.
Facebook
Twitter
Google+