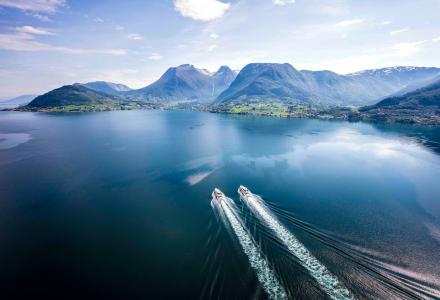 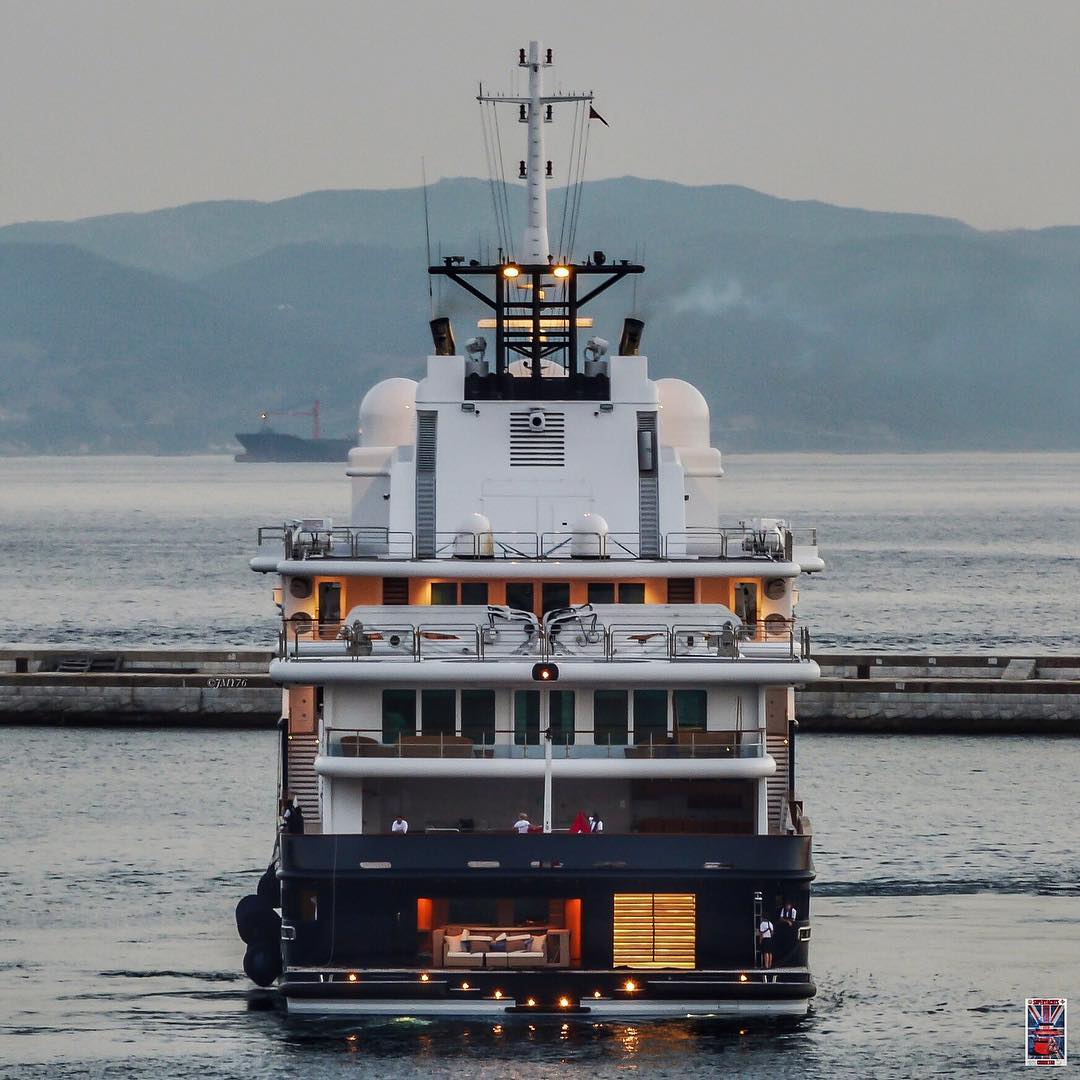 Built by Kusch Yachts in 2000 with a Bannenberg & Rowell interior design, Le Grand Bleu was commissioned by John McCaw, US telecom magnate, but then sold to Roman Abramovich who enhanced it with a 16ft swimming platform. Le Grand Bleu was then passed to Eugene Shvidler, friend of Abramovich and business partner, in 2006. With a draft of 4.6m and a beam of 17.68m, Le Grand Bleu is powered by twin diesel Deutz engines of 4,570 hp each giving her a cruising speed of 15 knots and a maximum speed of 17 knots.
#4 Elena - @porto_montenegro 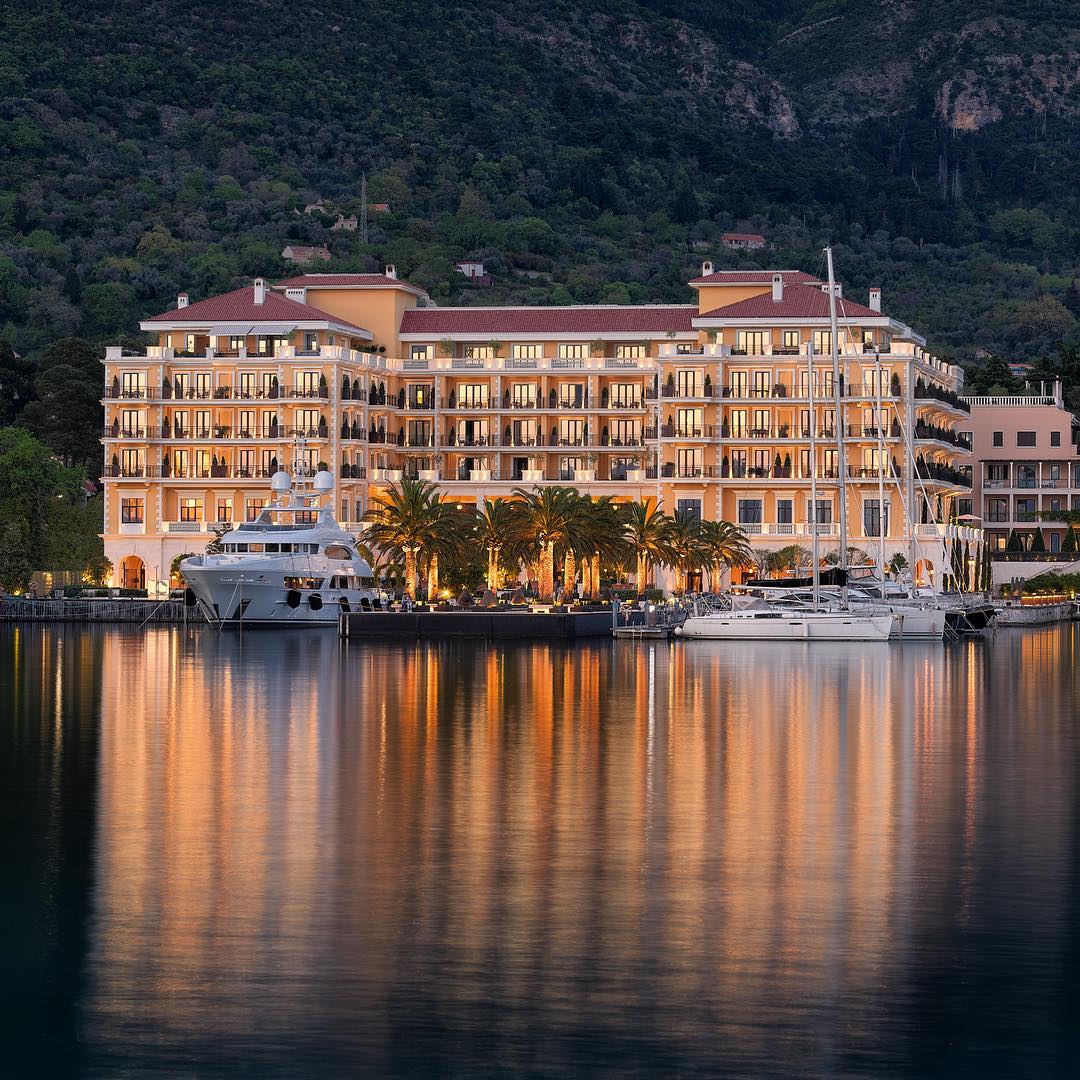 47m Elena was built by Dutch shipyard Heesen in 2014. With a beam of 8.5 m, she has a steel hull and aluminium superstructure. Performance wise the yacht can reach a maximum speed of 15 knots and cruise at 12 knots. Designed by Omega Architects, Elena can accommodate 10 guests in 5 cabins.
#3 Savannah - Yvan Grubsky 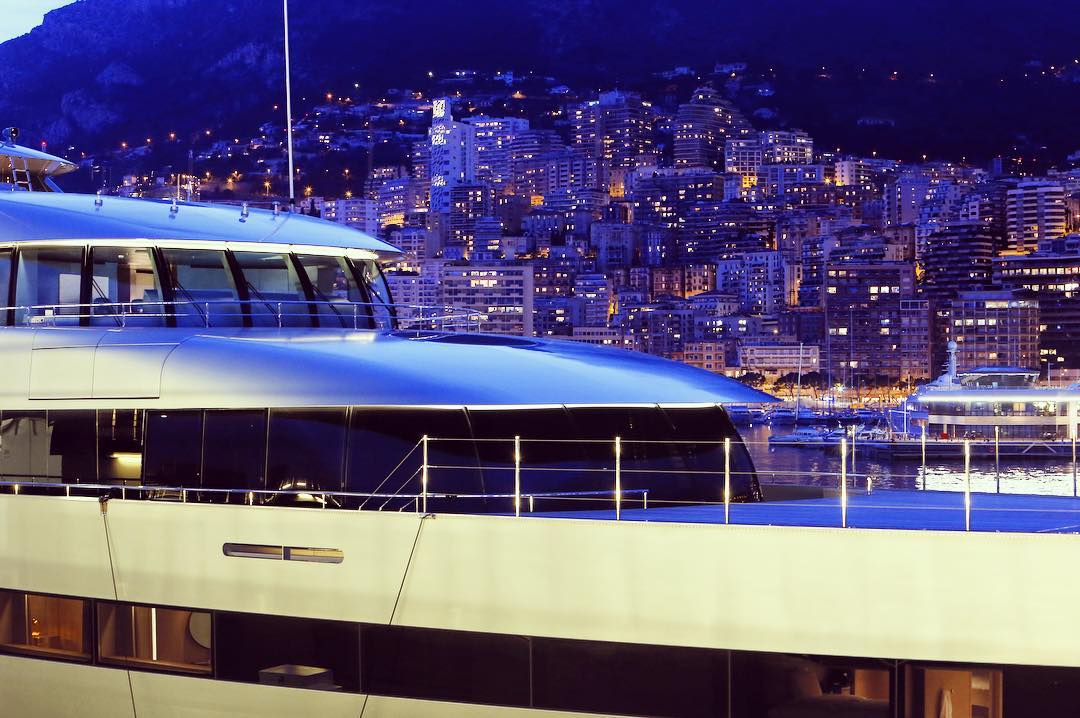 Launched in January 2015, Savannah was built by Feadship to a design by CG Design, in collaboration with Feadship De Voogt Naval Architects. The 83m yacht hosts a nine-metre swimming pool, an "underwater lounge" at port side, where guests can watch fish swim past, and a cinema. Moreover, Savannah boasts an exceptionally high-end tender bay finished in teak with a hatch that doubles as a mooring platform. As for the accommodation, she can sleep up to 12 guests in 6 cabins as well as a crew of 26.
#2 Maryah - Julien Hubert 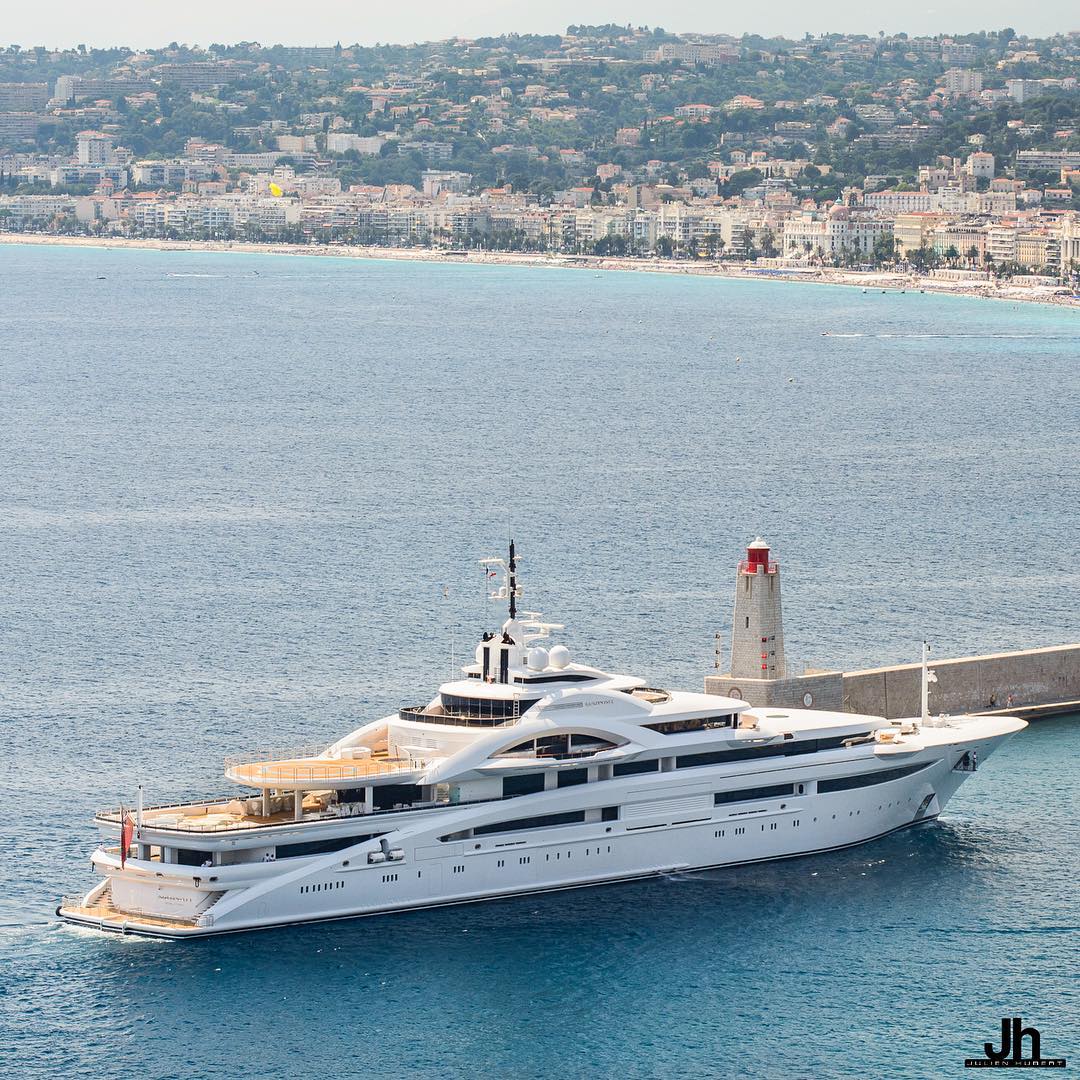 A former Russian research vessel launched in Poland in 1991, Maryah has been completely rebuilt at Elefsis Shipyards in Greece. H2 Yacht Design were responsible for her new design. 125m Maryah was built in 2014 making the yacht 2 years old. With a beam of 17.00m and a draft of 5.60m, she has a hull and superstructure. This adds up to a gross tonnage of 5650 tones. Powered by Catepillar engines of 2146hp each, the superyacht is capable of reaching a maximum speed of 18 knots and cruise at 15 knots.
#1 Kamino and Moon Sand Too - @Feadship 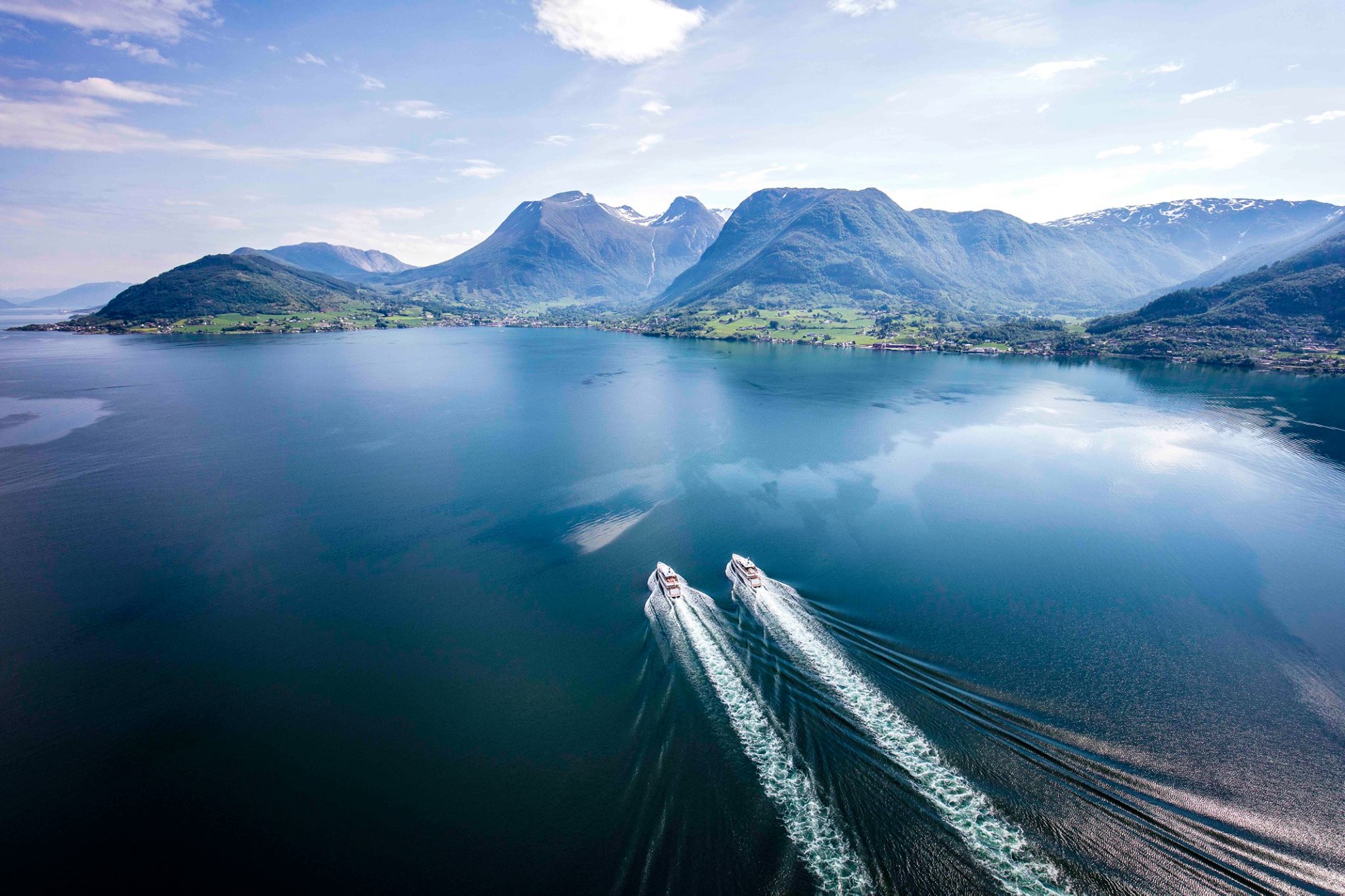 Feadship has delivered superyachts Kamino and Moon Sand Too in May 2016. Both vessels represent a limited line of five smaller yachts constructed by the Dutch shipyard. Known as projects 691 and 693, Kamino and Moon Sand Too have 33.5m LOA, 7.9m beam and 1.8m draft. The third yacht, hull 692, will reportedly soon leave the builder's premises. Naval Architecture and exterior design on both yachts is by De Voogt Naval Architects while the interior comes from Bannenberg & Rowell. As for the accommodation, 10 guests can be carried on board, as well as a crew of 6 professionals.
Facebook
Twitter
Google+