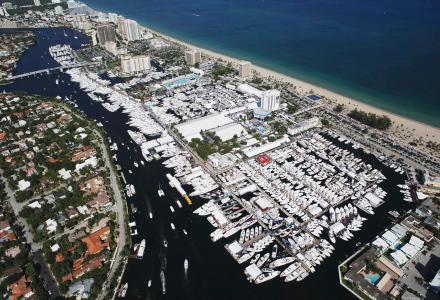 Fort Lauderdale, Florida, the "Yachting Capital of the World" will host the 59th Fort Lauderdale International Boat Show on October 31- Nov 4, 2018. The show exhibits range from yacht builders and designers to exotic cars and brokerage yachts. Fort  Lauderdale International Boat Show program will showcase the latest vessels, technical  innovations, and performance reviews, as well as highlight the wide array of lifestyle amenities, likeunparalleled hospitality, dining, and shopping options in the area.  Additionally, a Best of Show trophy created by renowned industrial designer, Derek Jenkins, will be presented to the most innovative new model design on display.

Top largest yachts attending FLIBS 2018 :
1. Areti (85m)
Areti, the 85.3-meter Lurssen superyacht delivered in 2017 has hit the market for the first time in September at an asking price of €175,000,000. The superyacht features a helipad, gym, beach club and an extensive spa area with a Jacuzzi and a sauna. According to Forbes, the yacht was delivered in 2017 to Russian billionaire, Igor Makarov, whose net worth is valued at $2.1 billion by the publication.

2. Elandess (75m)
Elandess boasts interior and exterior design from the award-winning Harrison Eidsgaard of London and is built from steel and aluminium, with the gross tonnage of 2,065GT. Peder Eidsgaard and his talented team have created a uniquely distinctive vessel brimming with innovative design characteristics and inspired aesthetics. The brief was for a modern and spacious yacht with large lounging areas for enjoying both informal family time and entertaining on social occasions.

3. Party Girl (63m)
Delivered in 2013 as Maidelle by Dutch-based, ICON, as the third hull in their 62.5m yacht series which included Baton Rouge and M/Y Icon, she counts a 17-meter long main salon amongst her long list of amenities.

4. Utopia IV (62m)
This fast displacement yacht boasts an exterior design by Team For Design, which balances between elegance and attitude. The yard itself describes it as the compromise between a tri-deck motor yacht and a speed boat. Key features do include 70 square metre beach club, 3 spa pools and a touch-and-go helipad. 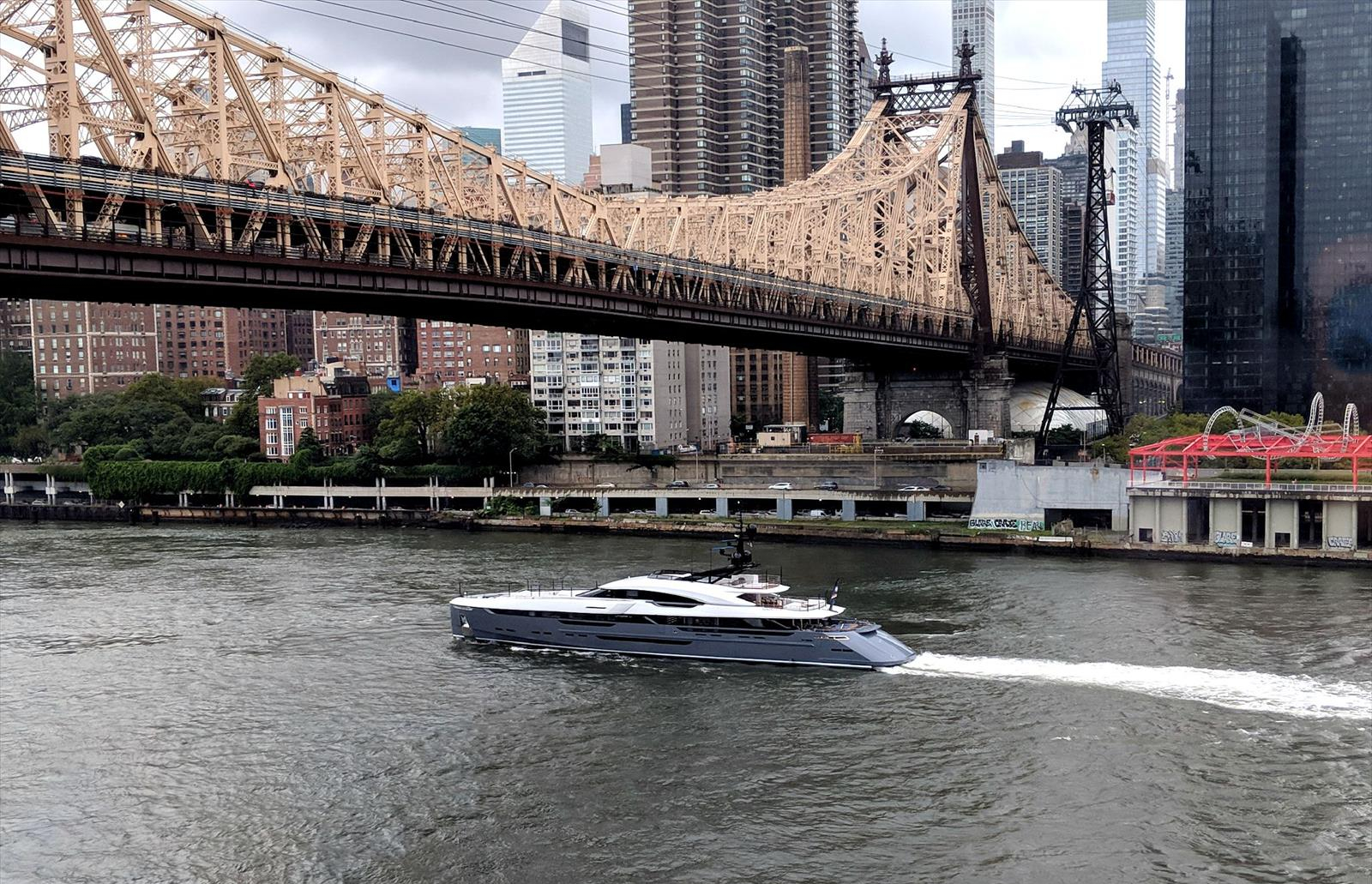 7. Minderella (59m)
Refitted in 2016 at the Derecktor shipyard with the $20 million invested in her. She got new paint, entertainment systems, audio/visual equipment and soft furnishings. Then she became a finalist at the Best Refit category at the 2017 World Superyacht Awards. 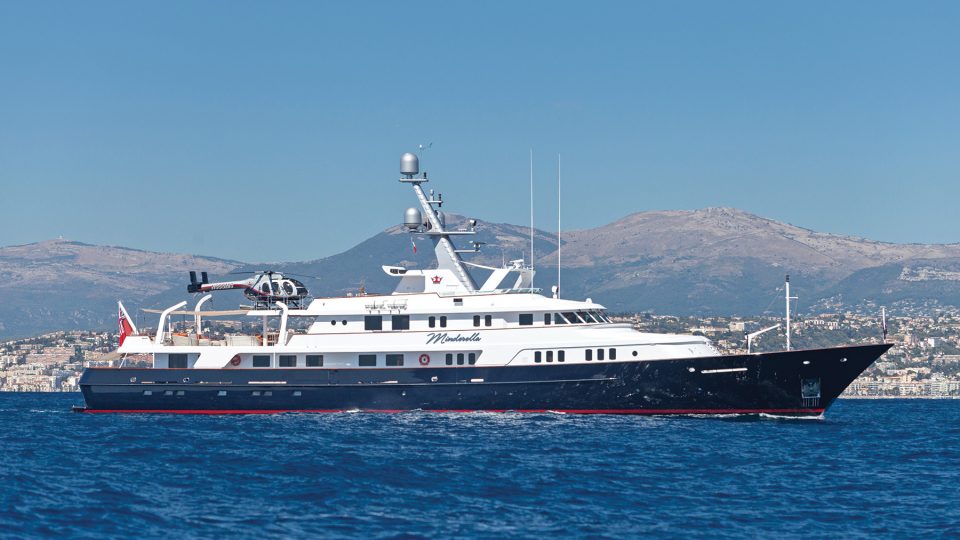 8. Lady Sheridan (58m)
Spanning four decks, her interior offers the ultimate in luxury and style. Each room is carefully tailored to suit your needs; be it the opulent main saloon and dining room with its beautiful soft furnishings and unique works of art, the cleverly designed upper saloon which transforms into a surround-sound theatre, or the beautifully-appointed, spacious cabins accommodating up to 12 guests. Most impressive is the owner's suite which spans the full width of the main deck with its adjoining office and "quiet" cabin. 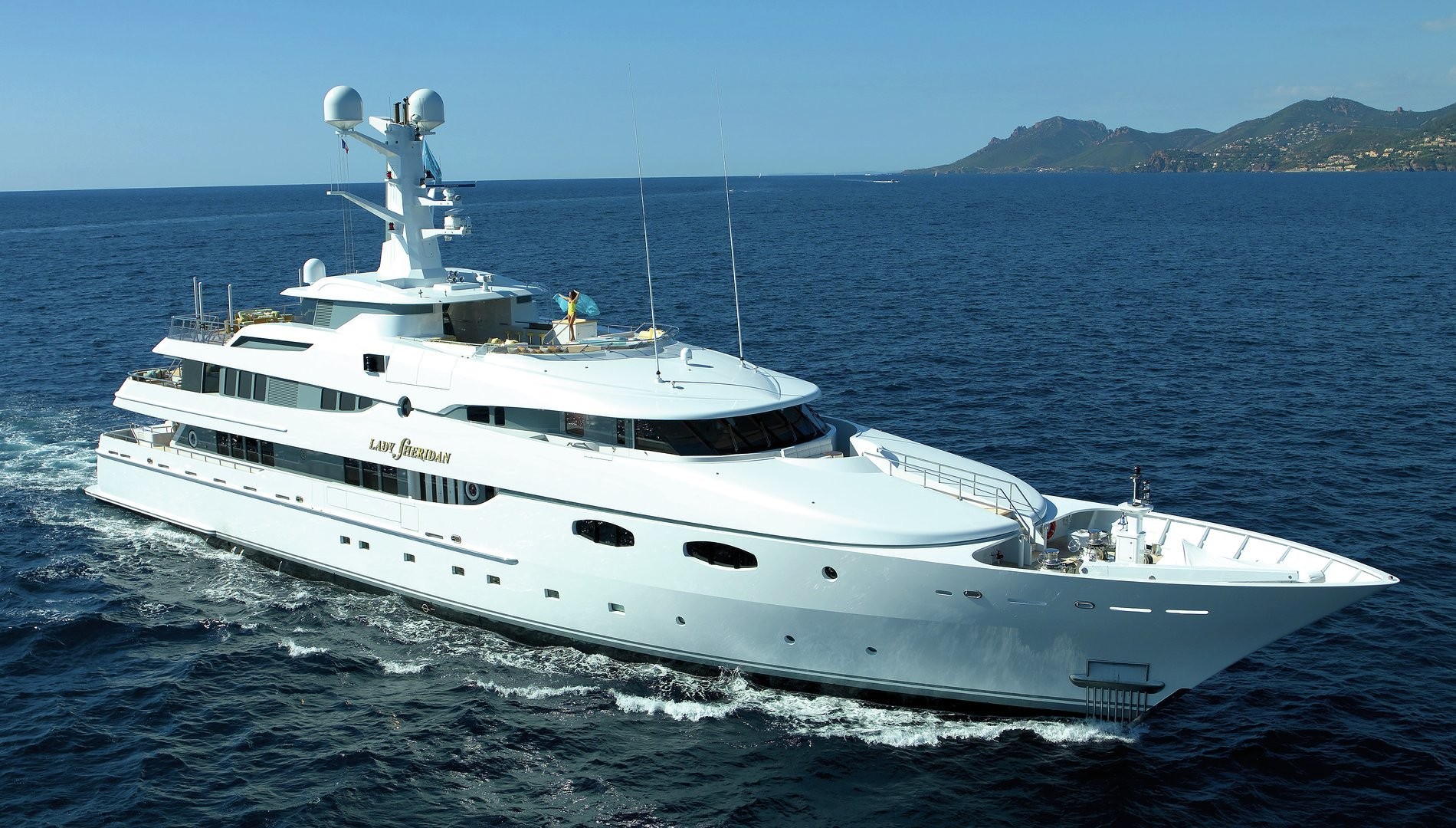 9. Power Play (56m)
With a Gross Tonnage of 489, Power Play has a 12-tonne deck crane and stern A-frame fittings for efficient launch and retrieval of large and heavy equipment like submersibles. Power Play reaches speeds above 20 knots with a crew of 7 and extra accommodation for 4 staff, pilots, security or guides.

10. Lady Michelle (55m)
She got a $2 million refit in 2015 where her interior was upgraded, including re-upholstered soft furnishings, new loose furniture, dining table and carpets. A complete servicing of all technical systems has also taken place along with detailing in all technical areas, while in 2017 she received a full refit and now boasts a fresh blue hull.