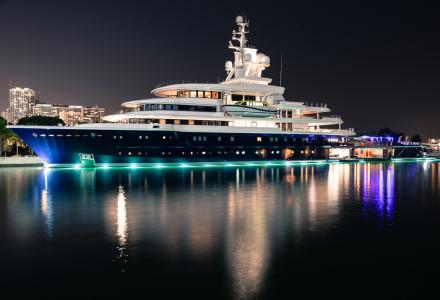 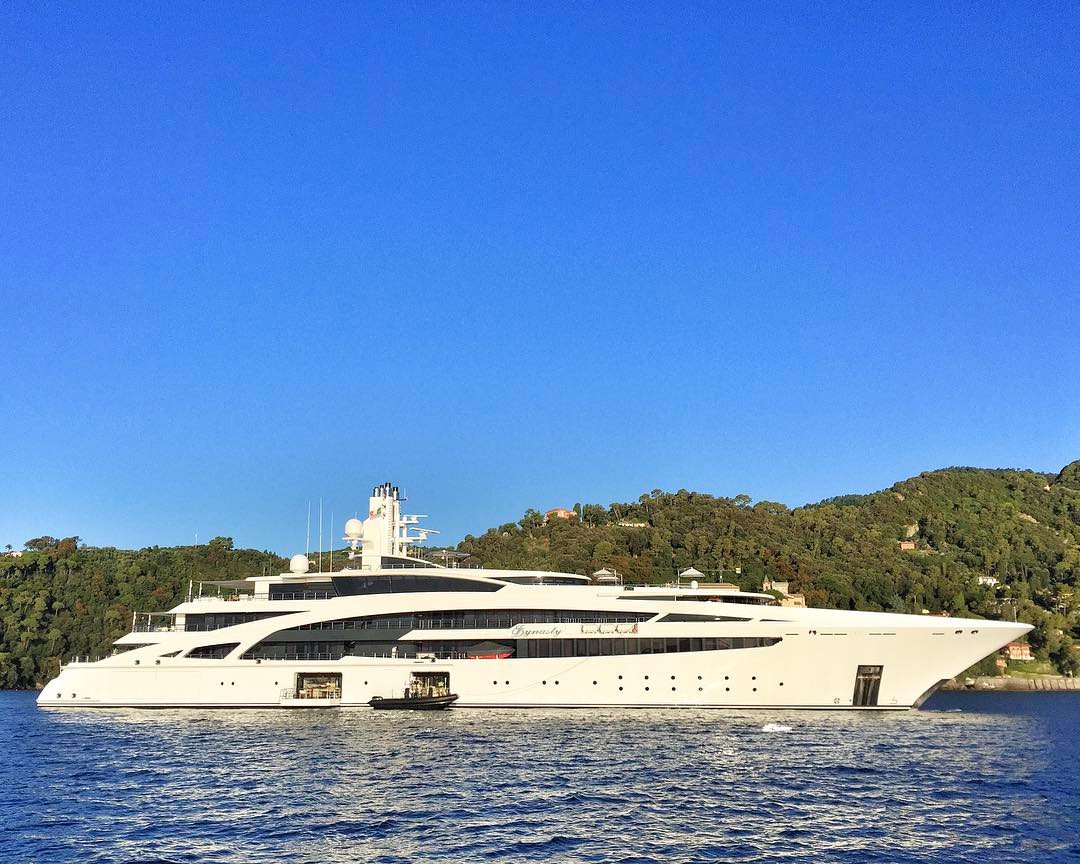 I Dynasty is a 101m motor yacht built by Kusch Yachts in 2015. With a beam of 16m and a draft of 5.55m, she has a steel hull and aluminium superstructure. She is powered by engines giving her a maximum speed of 17 knots and a cruising speed of 14 knots. The motor yacht can accommodate 22 guests in 11 cabins with an interior design by Studio Massari.
Elada - Carol Feith 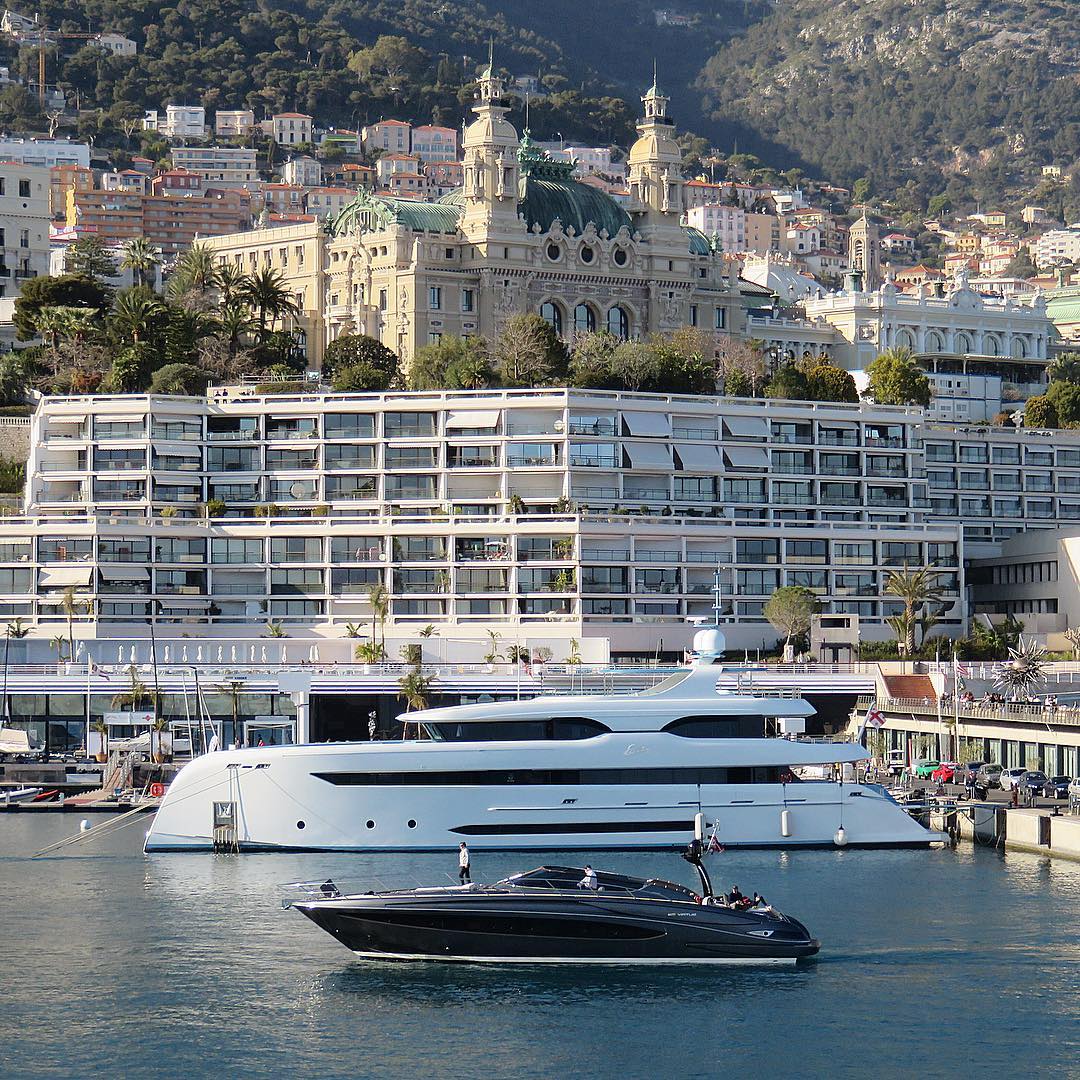 Elada is a 45m motor yacht built by Bilgin in 2014. With a beam of 8.9 m and a draft of 1.85 m, she has a composite hull and composite superstructure. The yacht is powered by CAT engines of 1915 hp each giving her a maximum speed of 18 knots and a cruising speed of 15 knots. Elada's maximum range is estimated at 1350 nautical miles. The motor yacht can accommodate 12 guests in 6 cabins with an interior design by H2 Yacht Design and an exterior design by H2 Design.
Valerie - @_Christo303_ 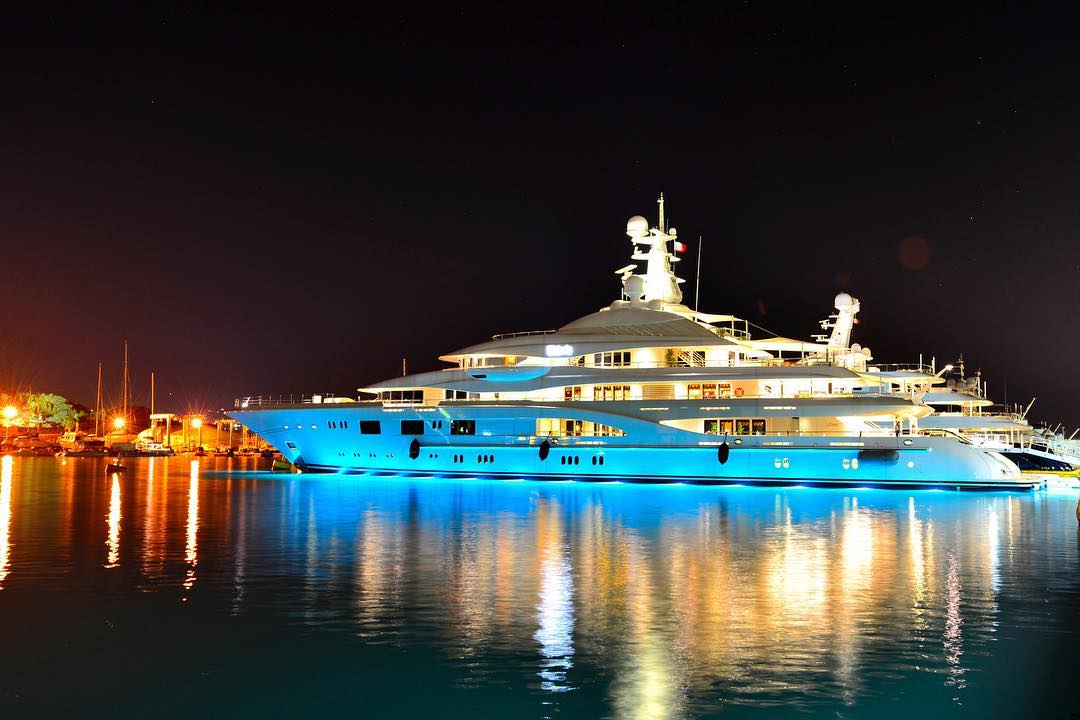 Formerly Project Firebird, Valerie is a 85.10m motor yacht built by Lurssen in 2011. With a beam of 14.00m and a draft of 3.90m, she has a steel hull and aluminium superstructure. This adds up to a gross tonnage of 2595 tones. Valerie can accommodate 12 guests in 6 cabins with an interior design by Reymond Langton and an exterior design by Espen Oeino.
Seven Seas - @Superyacht_styles 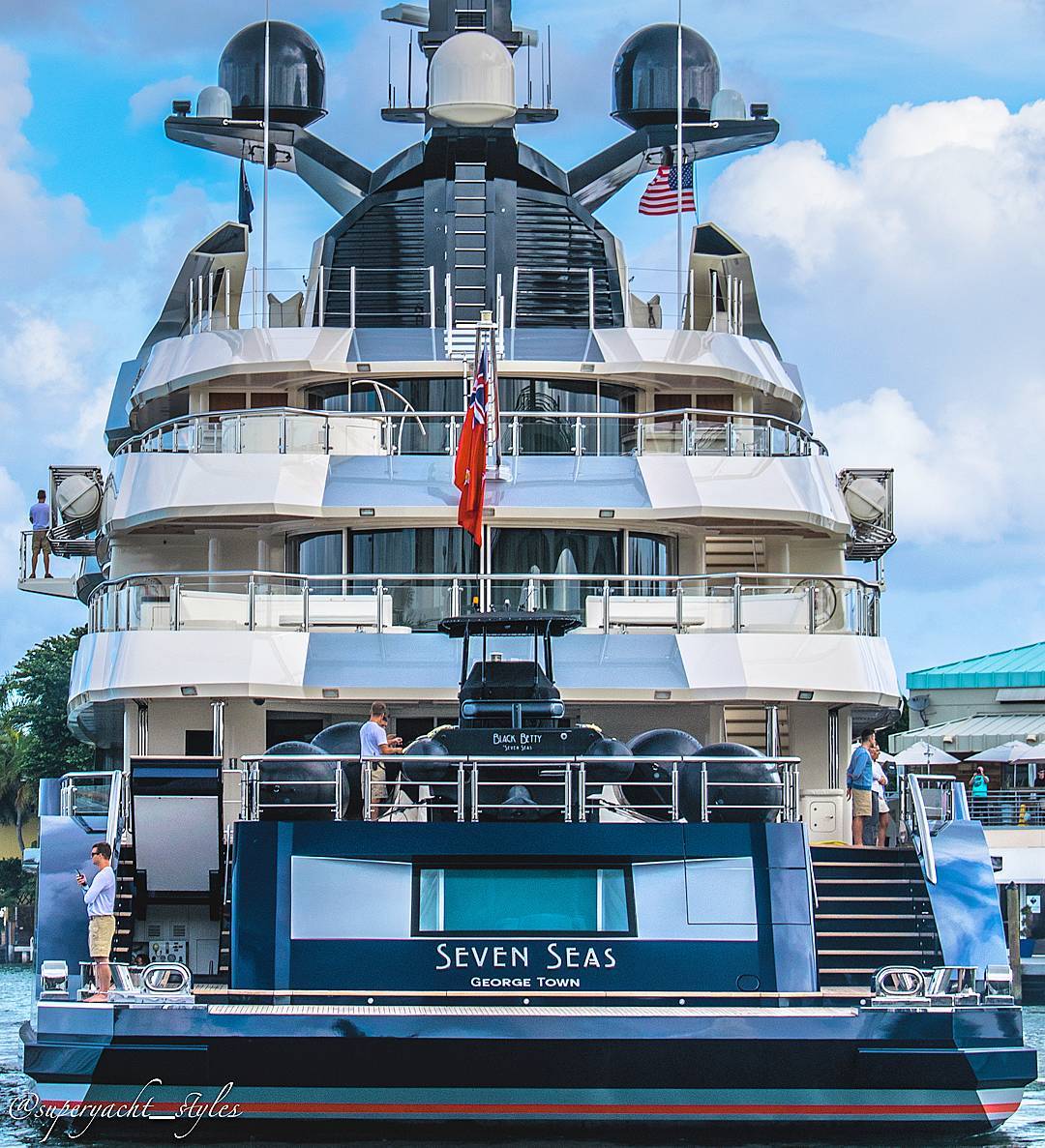 Owned by Steven Spielberg, 86m Seven Seas was built by Oceanco in 2010. She can accommodate 12 guests in 7 cabins with an interior and exterior design by Nuvolari & Lenard. Seven Seas is powered by MTU engines of 4680hp each, capable of reaching a maximum speed of 20 knots and a cruising speed of 15 knots.
Luna - Ron Raffety 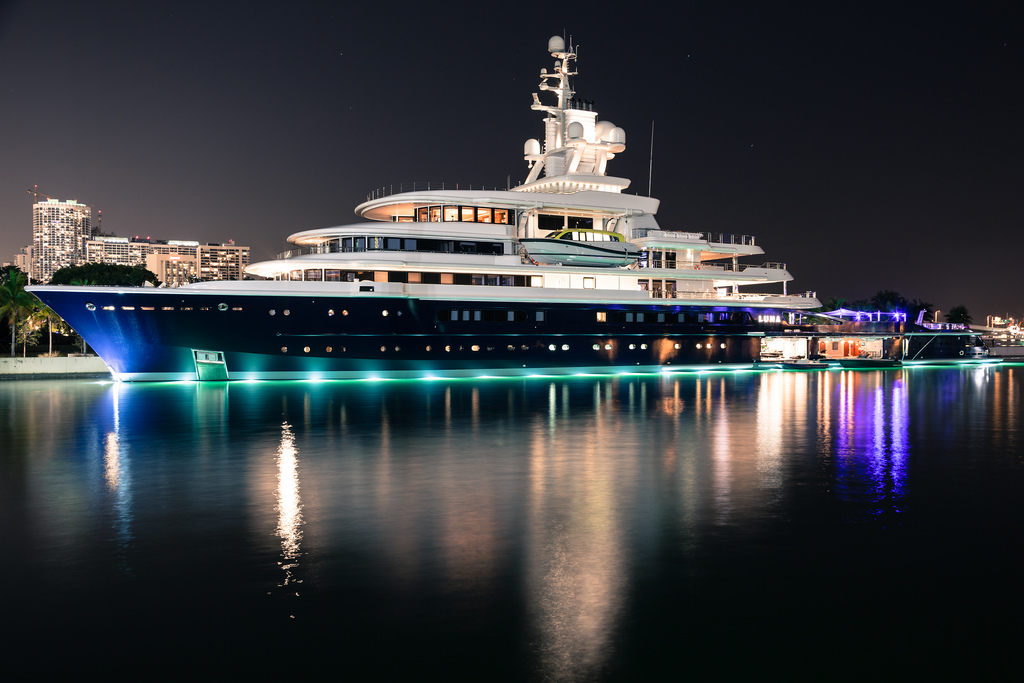 Measuring 115m, Luna was launched as the world's largest expedition yacht in 2010 by Lloyd Werft and Stahlbau Nord Shipyards. She has an interior styled by Donald Starkey, whilst Newcruise Design is responsible for superyacht's exterior.
Facebook
Twitter
Google+