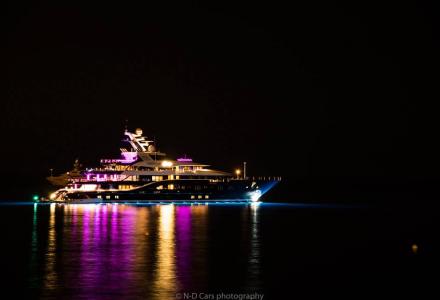 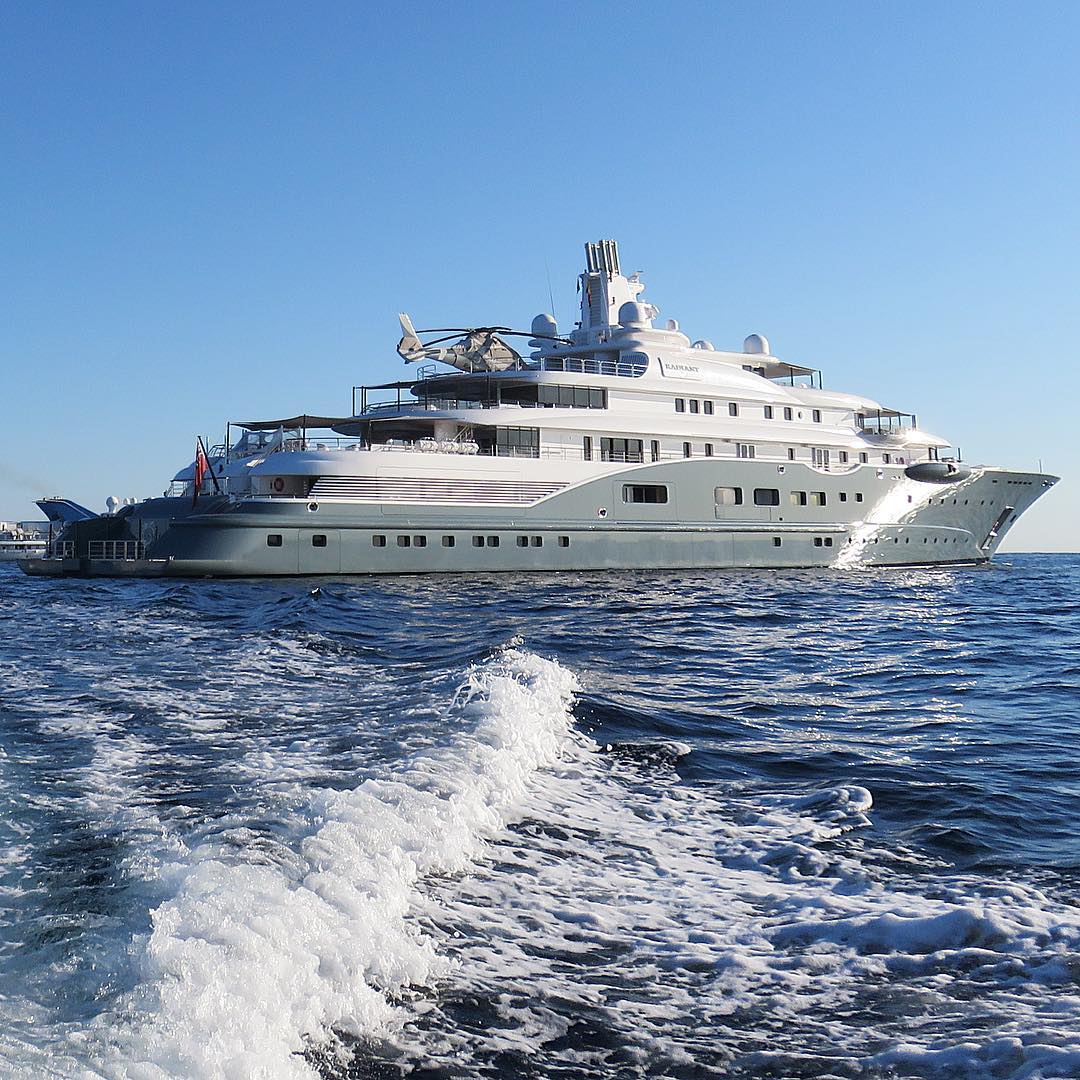 Built by Lurssen in 2009 to a famous Tim Heywood exterior design, Radiant has a length of 110m, a beam of 16.2m and a draft of 4.6m. With a steel hull and aluminum superstructure, these metrics add up to a gross tonnage of 5,027 tones.
Tango - @Feadship 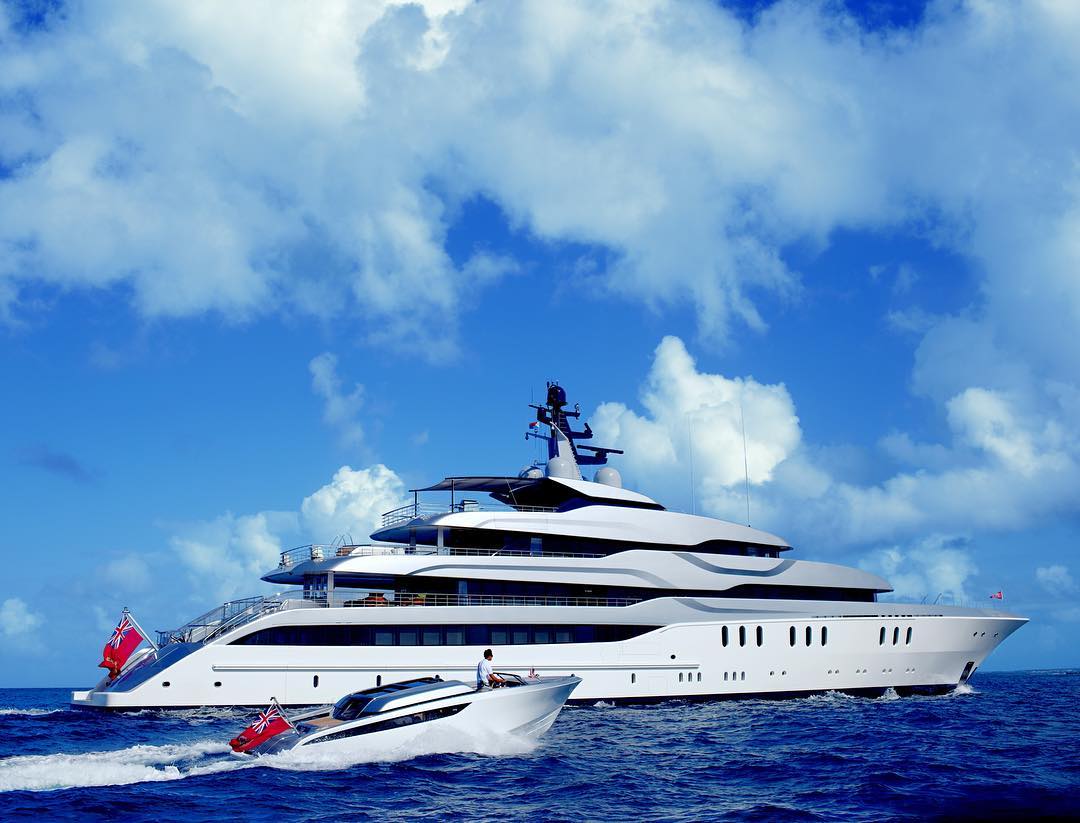 Tango is a 78.00m luxury motor yacht, built by Dutch shipyard Feadship in 2011. With a beam of 12.20m and a draft of 3.65m, she has a steel hull and aluminium superstructure. This adds up to a gross tonnage of 1250 tones. Tango is classified by Lloyds.
Eclipse - @yachts_la_ciotat 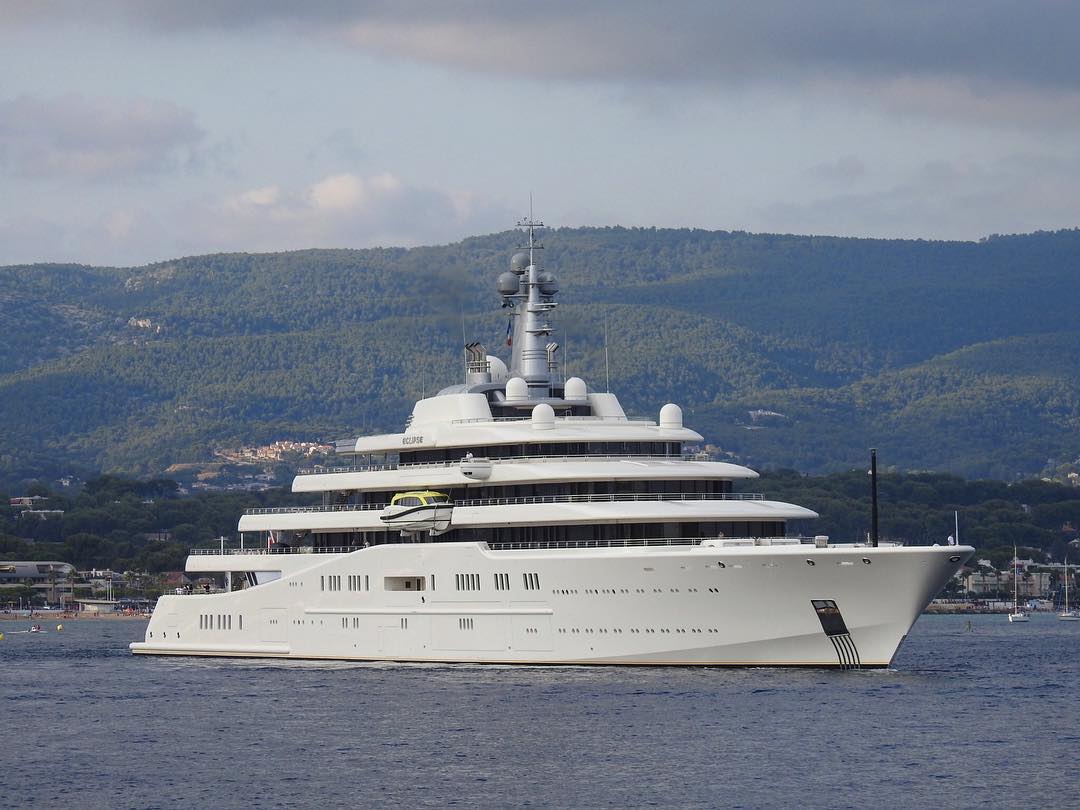 Eclipse held the title of world's largest private yacht until 2013, when the 180 metre Azzam stole the crown. At her launch the 164m yacht's unprecedented size had ensured her construction had been shrouded in secrecy, and as such, subject to much rumour and speculation from both the international press and superyacht enthusiasts. Although not all the details of the luxury megayacht are unveiled, it is known that her interiors feature designs by the renowned London-based team at Terence Disdale Design.
Alfa Nero - Julien Hubert 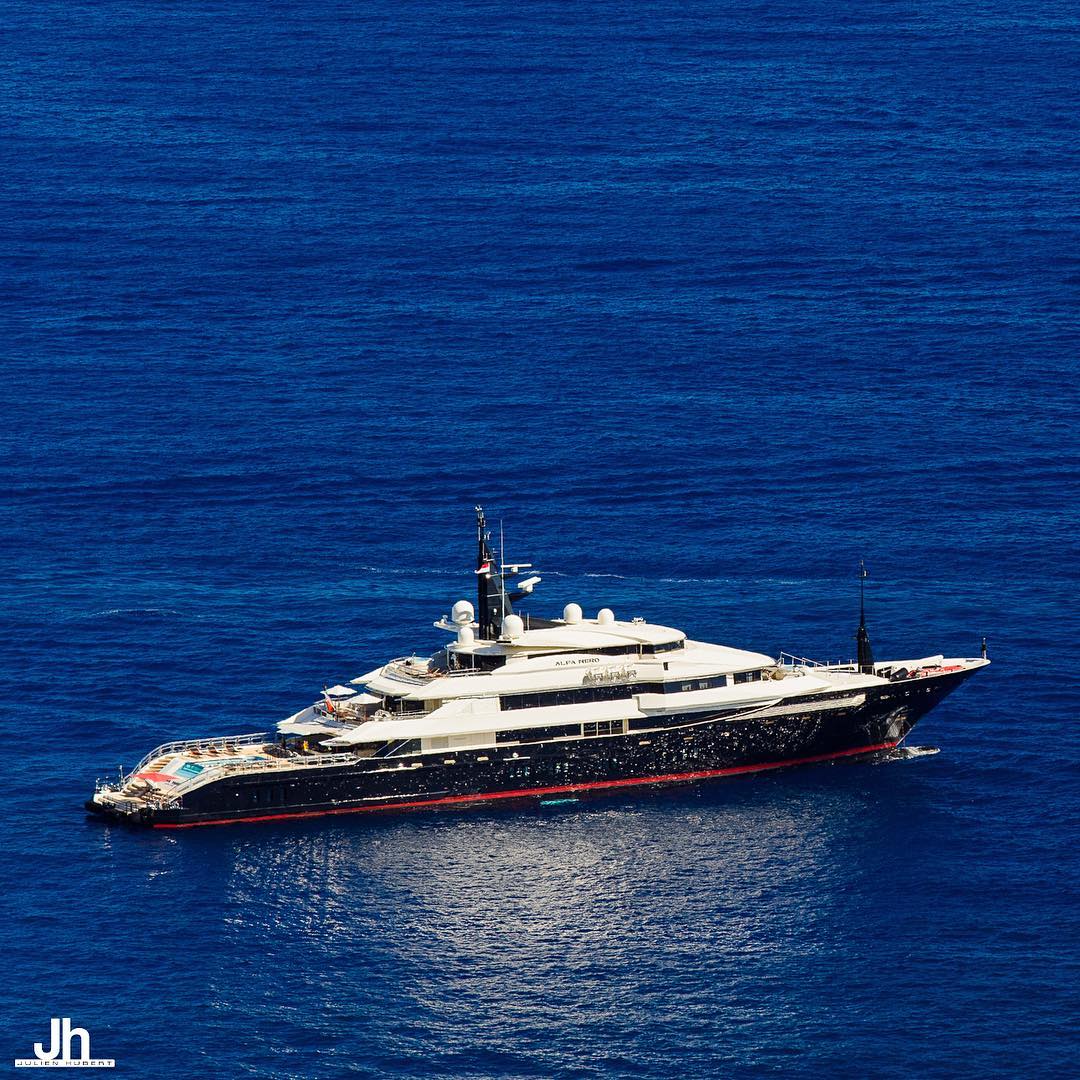 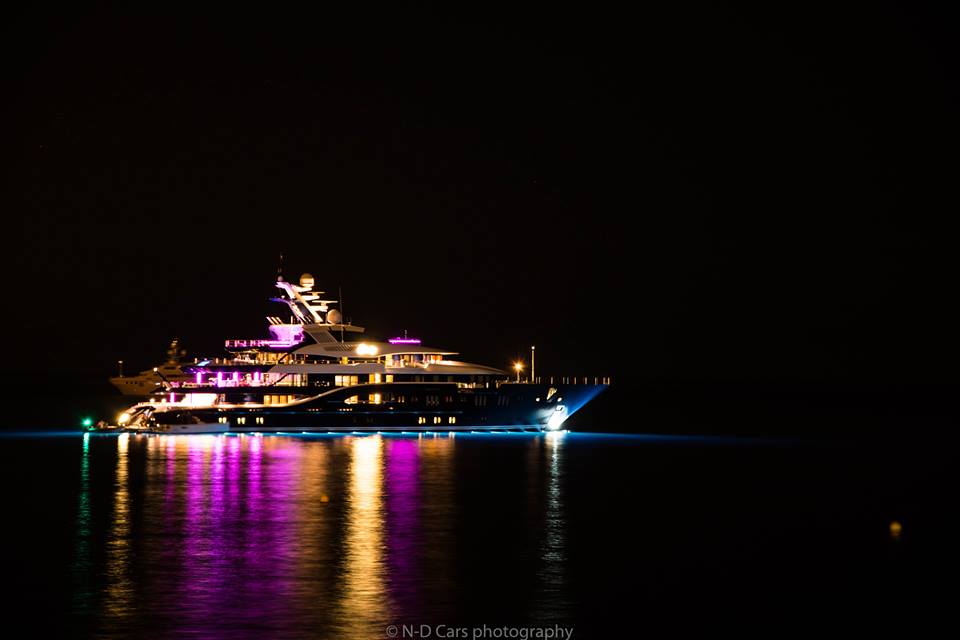 The 2013-built superyacht Solandge was launched at Lurssen. Her exterior design is the work of Espen Oeino, whilst Rodriguez Interiors and Dolker&Voges were responsible for the interior. The 85m superyacht boasts a number of unique areas to accommodate all needs, ranging from a large indoor movie theatre, to a vast main salon with bar, games room and seating areas. Solandge can sleep up to 12 guests in 7 staterooms, including a panoramic master deck featuring 180 degree windows, private dressing room, his and hers bathrooms and a private deck with spa pool.
Facebook
Twitter
Google+