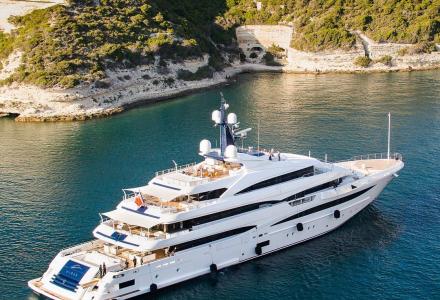 Recently delivered CRN Yachts vessel Cloud 9 has been spotted in Bonifacio after being seen in Portofino, Italy, a couple of days ago. Launched in January 2017, the 74-meter Cloud 9 becomes the shipyard's second largest yacht to date, outranked only by the 80-meter Chopi Chopi.  Burgess acted as Owner’s Representatives throughout the project. 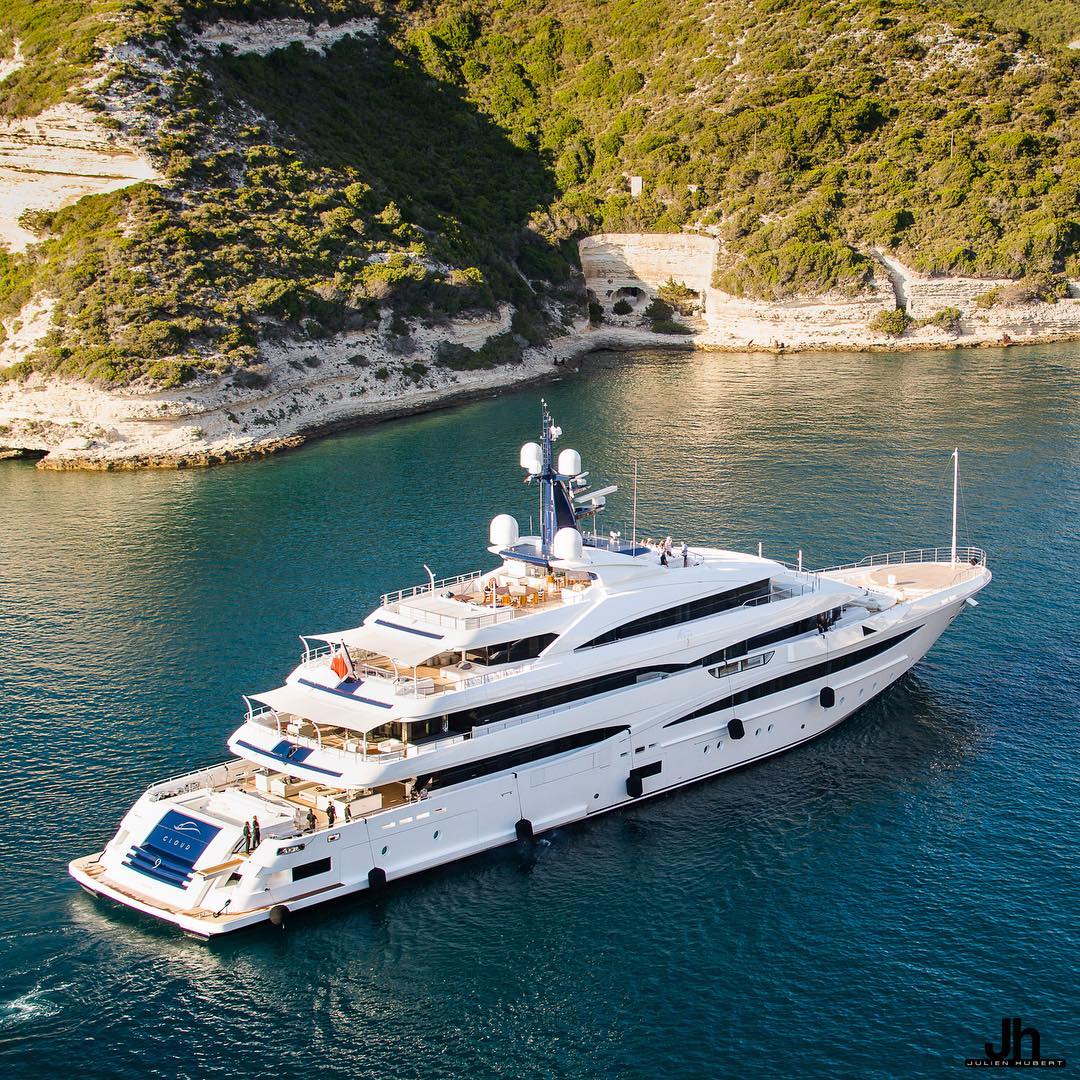 With an exterior by Zuccon and an interior by Winch Design, Cloud 9 is able to accommodate up to 16 guests (12 when chartering) in a master suite, a VIP suite and 6 guest cabins catered to by a crew of 22. Focused on a free interior-exterior flow, Cloud 9 boasts over 1,000 square meters of liveable space. Amongst the yacht's key amenities are a private deck, complete with an intimate lounging area, forward of the master cabin, an extensive beach club with an extended platform.
From a technical standpoint, the yacht is featured by twin Caterpillar 3516C engines of 2,680 hp each, giving Cloud 9 a maximum speed of 16.5 knots and a cruising speed of 15 knots.
The owner's previous Cloud 9 was a 60-meter CMN built in 2009 and sold in June 2015 at an asking price of €34,900,000. She has since been renamed to Ice Angel, a name previously held by a 50-meter Heesen, which is currently on the market asking €22,500,000.
Photo by Julien Hubert
Facebook
Twitter
Google+