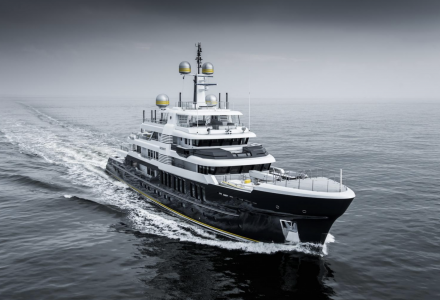 Dutch builder Hakvoort has announced delivery of the 63.72-metre superyacht Scout, that departed from Amsterdam facility on April 16th. The vessel is trademarked with interiors and exteriors by H2 Yacht Design, representing the builder’s largest project so far seconded by 61-metre Just J's.
Scout during her sea trials.
Scout was launched at Hakvoort’s facilities in Monnickendam in December 2018 and then towed to Amsterdam for final completion. First known as Project Brio, the yacht started construction under a different ownership, changing owners early on and shifting the project to the steel and aluminium explorer that it is today.

The owner’s brief called for a rugged explorer style yacht intended to look like a conversion from a commercial vessel,

commented H2's Jonny Horsfield, who was responsible for the vessel’s naval architecture. 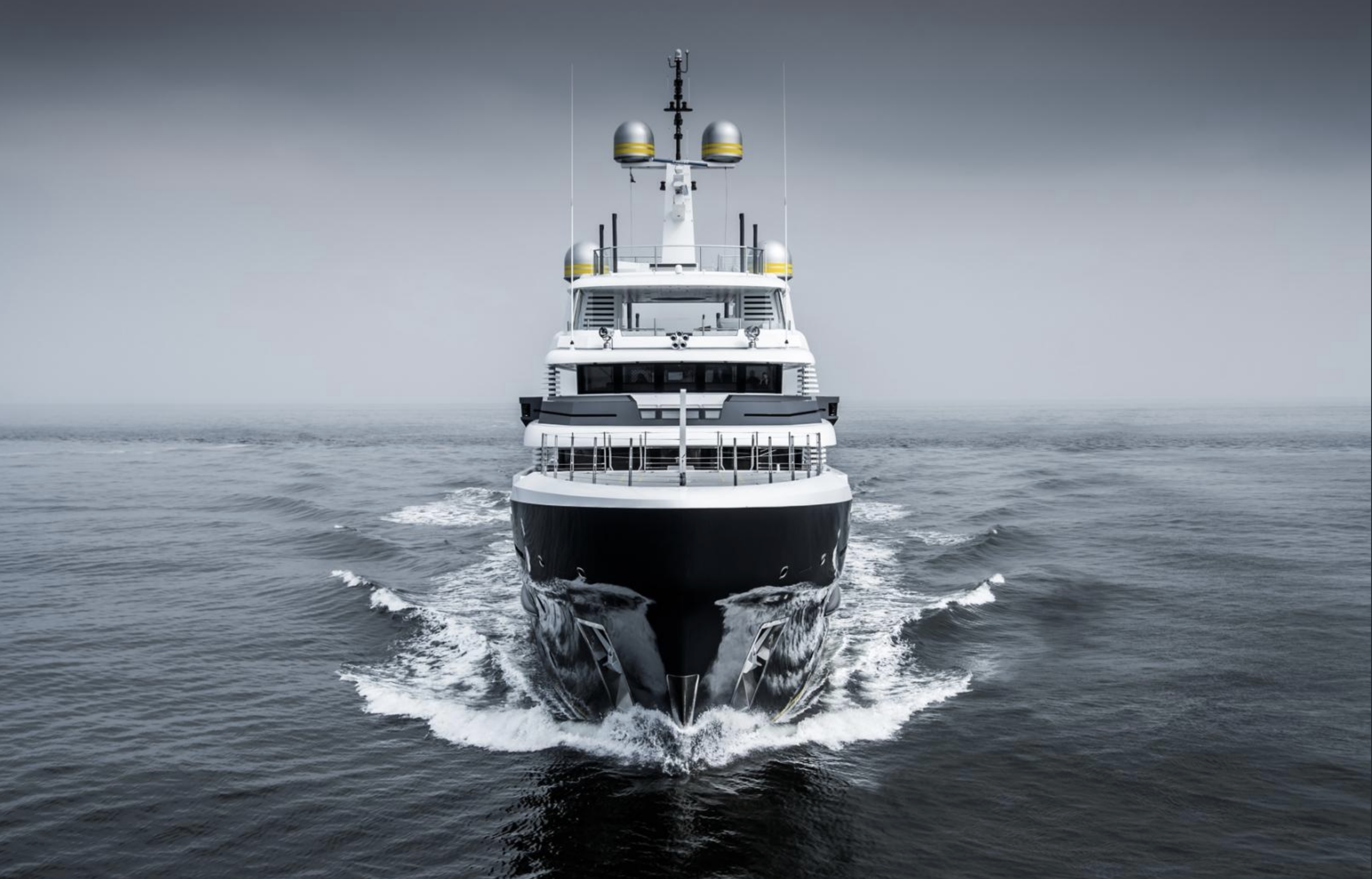 We placed the tenders on the bow, leaving them exposed to add to the utilitarian aesthetic. There is a helideck and a forward observation lounge in addition to an expansive sun deck.

Scout features four guest cabins each designed with a specific nautical theme on the main deck, in addition to the  owner's deck. Furthermore, eleven staff cabins can be found on the lower deck. 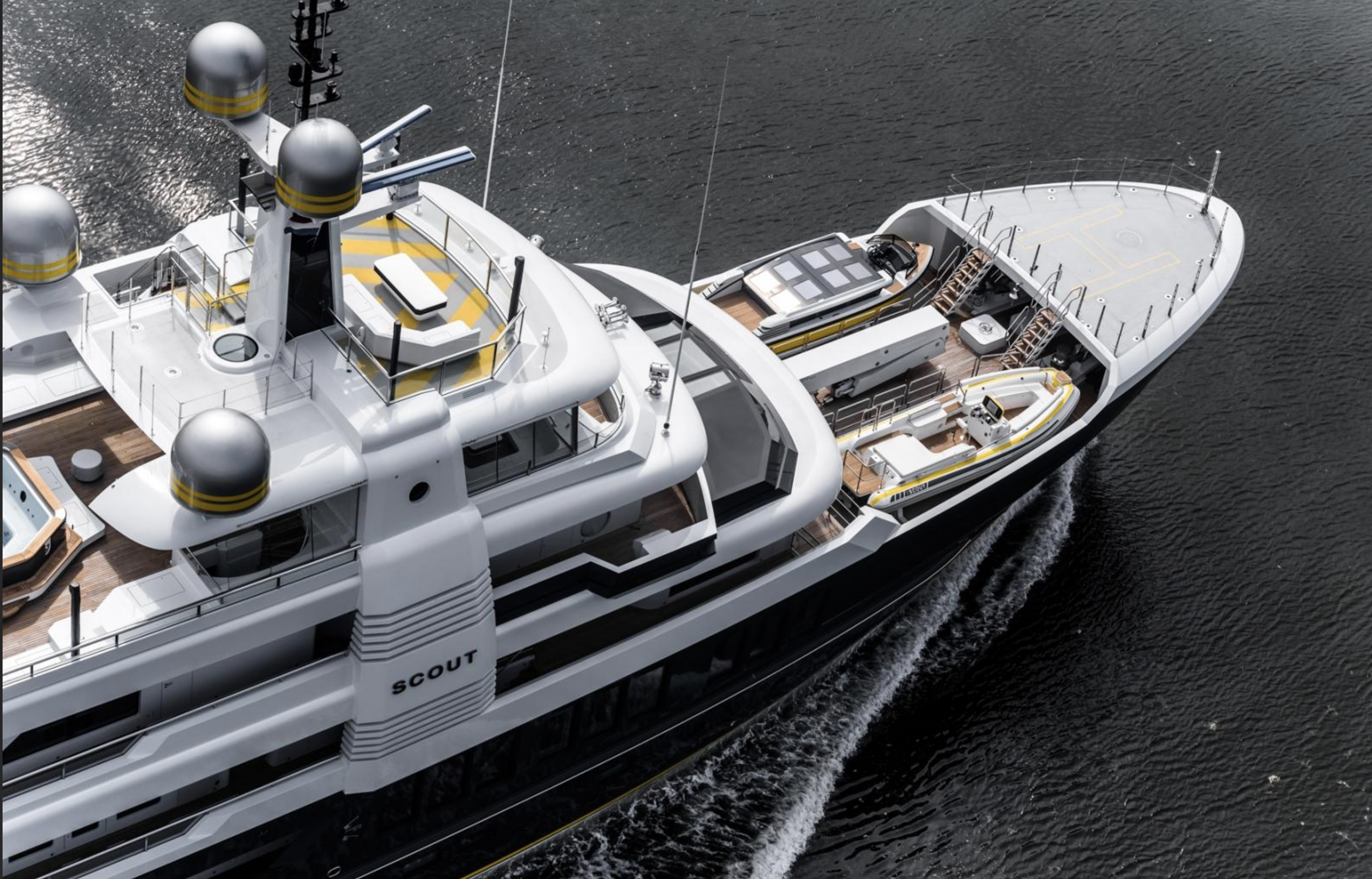 Exterior design details such as Scout’s high bow, exposed tenders in the bow with cut-down bulwarks and integrated forward-sloping windows embody the trawler-aesthetic of her design. Other Scout’s notable features include a helideck as well as an expansive sun deck complete with large Jacuzzi and unobstructed views fore and aft.
Powered by twin CAT engines, Scout will cruise at 12.5 knots and reach a top speed of 14.8 knots. Her maximum range will be at 4,800 nautical miles once delivered, coupled with an ice-class hull. 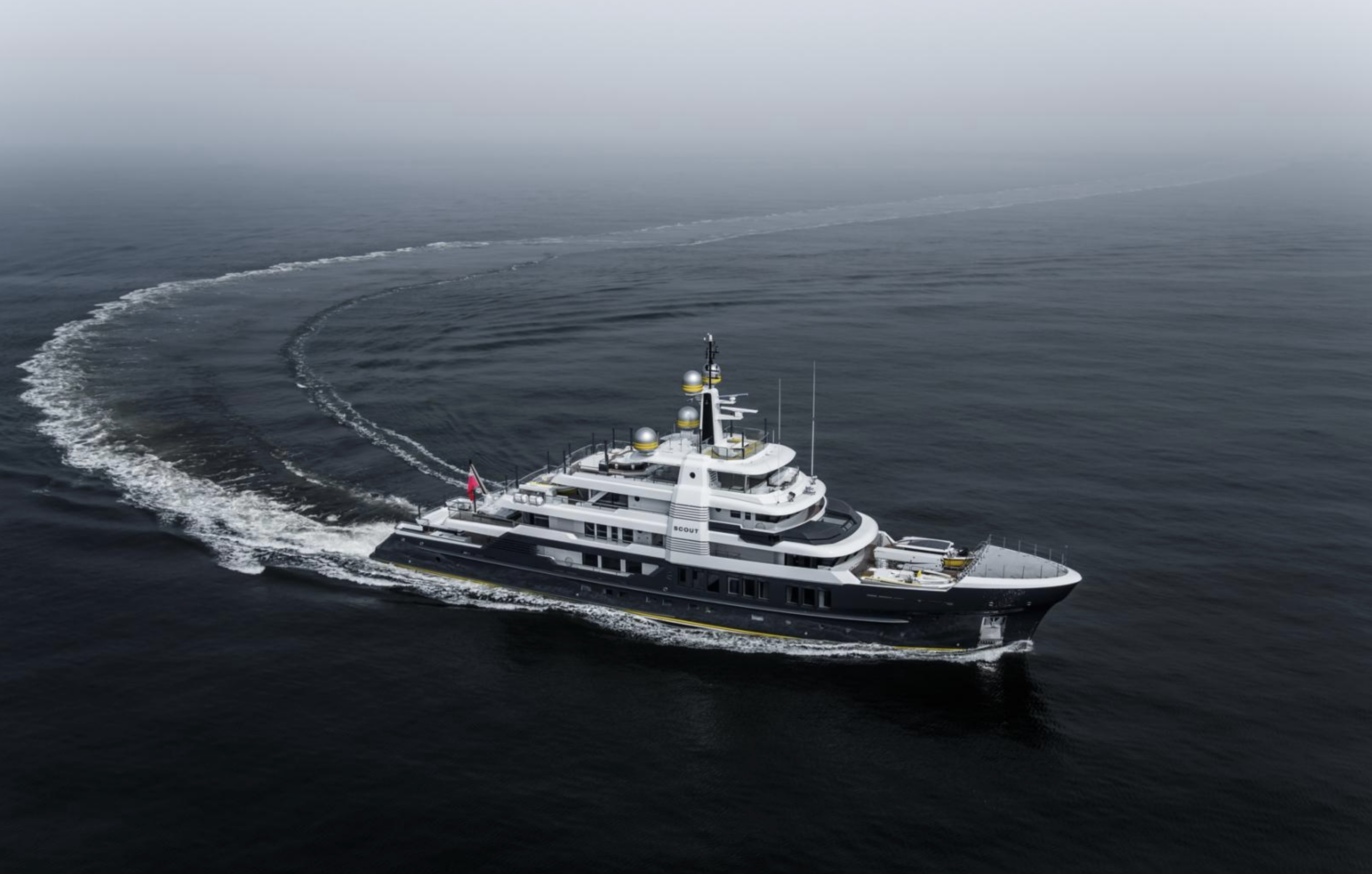 The yacht will now embark her maiden voyage to the USA. The delivery takes place in the time when explorer yachts are becoming a new trend of the yachting world, with the world’s largest 182.9 -metre explorer project REV under construction at the VARS shipyard.
Photos via Hakvoort
Facebook
Twitter
Google+