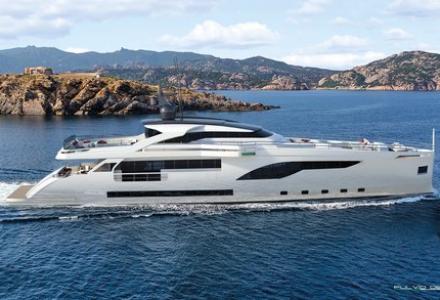 In a statement released on January 29, Tilli Antonelli, founder and CEO of Wider, has confirmed Wider's interest in the purchase of ISA Yachts and its assets. The company is also keenly interested in acquiring the name. Antonelli says the management team has been speaking with local authorities "for some time." He adds, "Our formal offer to acquire both the shipyard and the ISA brand was placed in early January, although the process is unlikely to be concluded until mid-July."

The purchase of ISA would include the shipyard, the concession of the land from the local port authority and a commercial proposition that seeks to satisfy the requirements set forth by the workers' unions.

ISA's four sheds, which are bigger than the current facilities at Wider's disposal, will allow the yard to build large projects, up to 80m, which is, as Antonelli's statement implies, the nature of at least some of the requests the yard receives.

This facility would give us the ability to expand our production capacity to meet all future demands, both for diesel electric yachts under the Wider brand or using the ISA name for more traditional yachts," he said.

Frittelli Group's owner, Alberto Rossi, has also shown interest in acquiring the ISA shipyard. Based in Ancona, the company operates container ships, warehouses cargo, and loads and unloads container ships. The onus is now on all relevant parties to assess the validity of both offers.

Wider has strong financial backing in the form of it's Malaysian investor, Tan Sri Lim Kok Thay and his Genting Group, and he has expressed his interest in pushing forward the fledgling Italian brand. While the offer is being considered, the decision is expected to be reached at the end of July 2016.
Facebook
Twitter
Google+