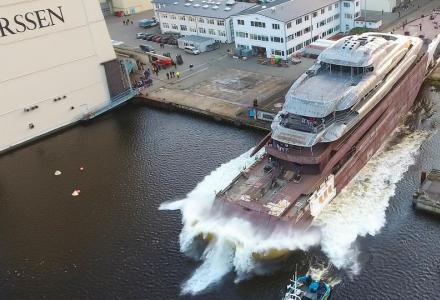 The German shipyard has just announced the launch and contributed details on its mega yacht Fiji that was spotted splashing down the slipway on October 27. 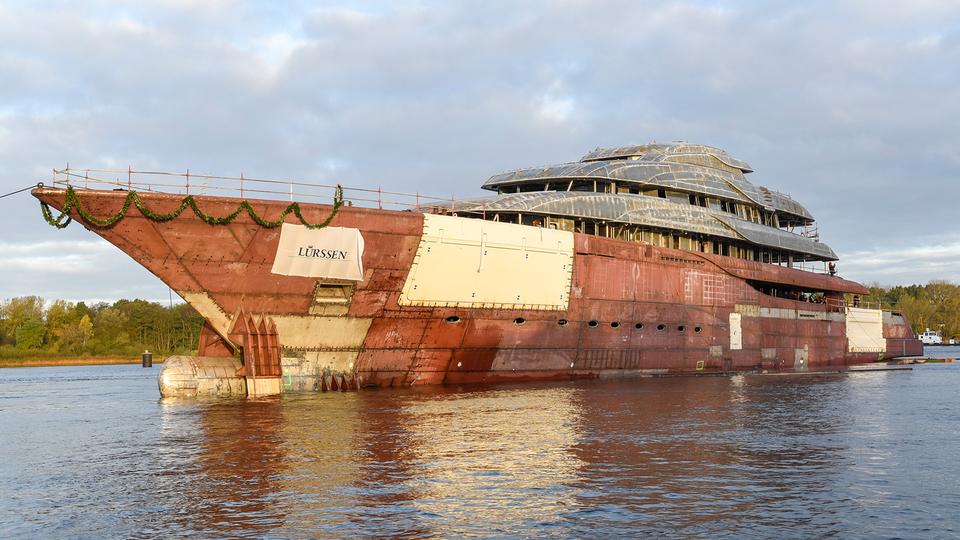 The 95-meters long yacht is under construction under the supervision of Moran Yacht & Ship, representing the owner, who is a long-standing client of the brokerage firm for some 15 years. According to the contract signed in 2015 at the Fort Lauderdale International Boat Show, the build is scheduled for delivery in 2019.

The UK-based designer Harrison Eidsgaard, responsible for the exterior of the boat, has given her harmonious proportions, so that, with her solid hull and a beam of 14m, she still boasts sleek and elegant contours. 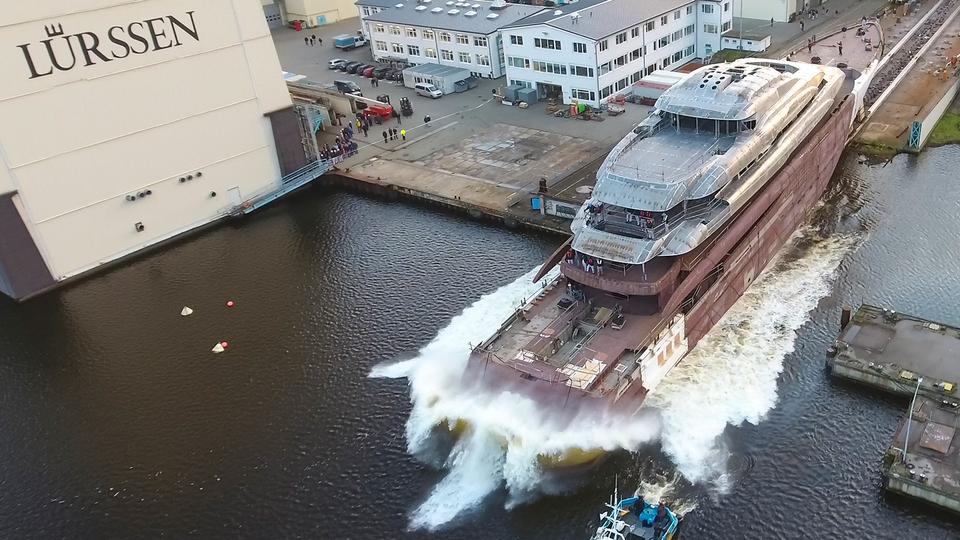 The abundance of volume allows for a large beach club and spa area with a sea terrace on the lower deck. The bow hosts a certified helicopter landing area. The sun deck aft offers a hidden crane in the bulwark to handle an aeroboat.

The interior layout is designed by Laura Sessa studio, known in the yachting world for collaborations with Amels. The living space can best be described as contemporary modern. The upper deck aft features a walkable skylight and an integrated fire place for cozy moments in the evening.

Among other important superyacht projects currently under development at the German yard are the 135m Thunder and the 139m Redwood.
Facebook
Twitter
Google+