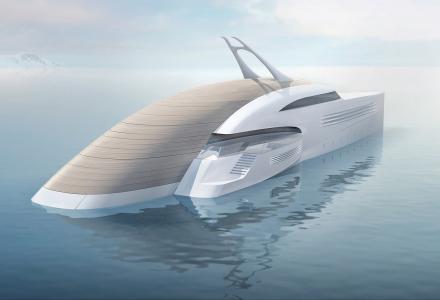 Released on a regular basis in order to inspire the next generation of owners – and those people who had never even considered owning a superyacht – the Feadship Future Concepts have had a remarkable impact since the initial one was unveiled in 2006. Many of the theoretical innovations first floated on concepts like X-stream and Breathe have since come to life in reality on award-winning Feadships such as Savannah. The name of the 2016 Feadship Future Concept says it all – everything about this fascinating new idea from the designers at Feadship revolves around choice. Of course, as the acknowledged leader in pure custom superyacht construction, the shipyard always offers its clients free rein when they commission a Feadship. 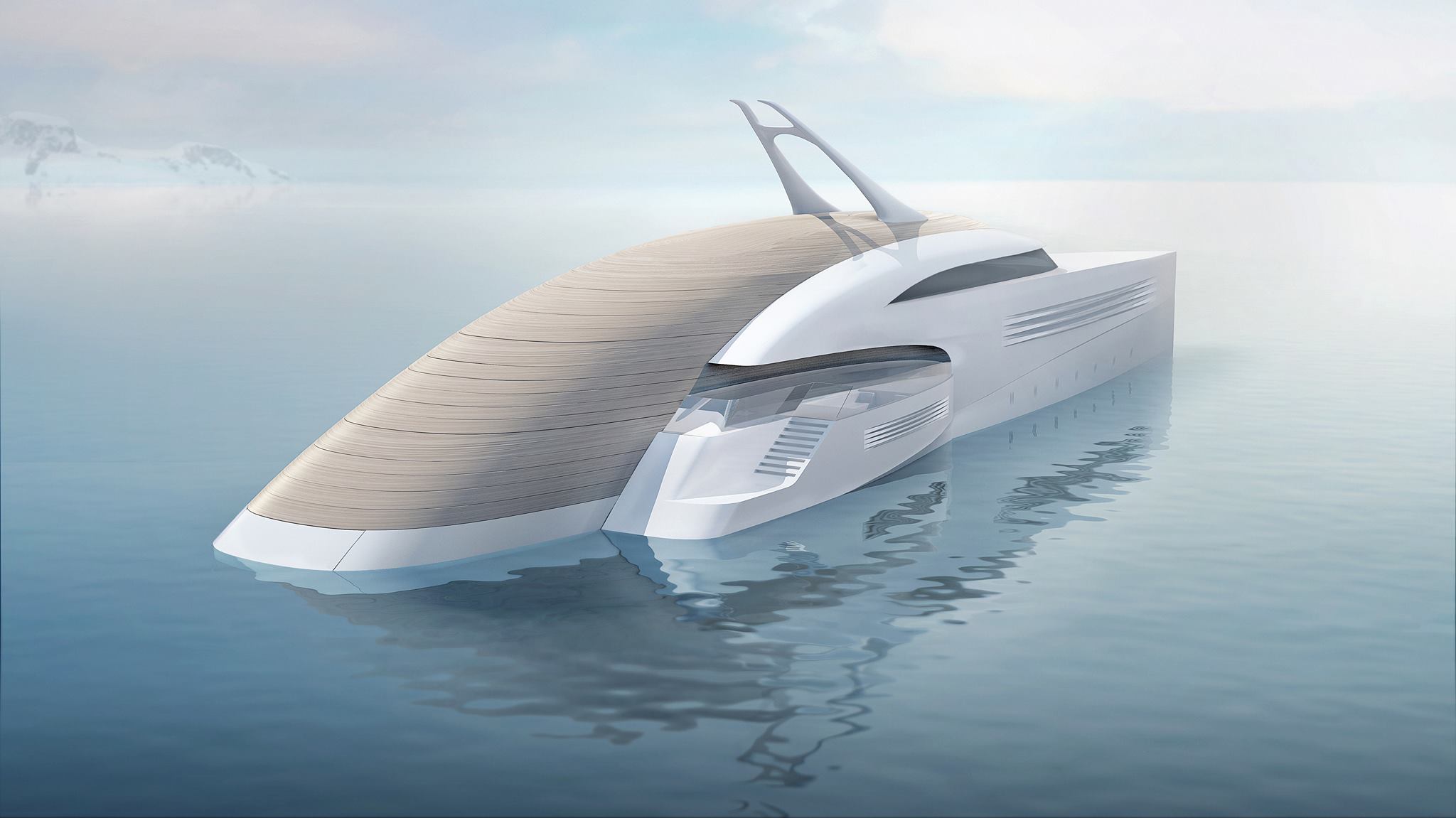 There are two distinctive yet interconnected types of choices available. Firstly there are the various options which allow you to autonomously explore the parts of the world to which your Feadship takes you in new and refreshing ways. Every yacht has a tender or two but none of them have had anything like the 25-metre co-propulsion units suggested for Choice. What’s more, while normal tenders often enable their owners to head off into areas otherwise out-of-bounds for the mothership, few if any let them stay there for as long as they like.
Meanwhile, checking out which spots you’d like to explore will be superb fun in the two-man drone on board Choice – and you can also go out and about in the detachable beach house. You will always know the best time to go too thanks to the Feadship Independent Control System (FICS).
These are just some of the alternatives you have for heading off board. Obviously, however, a Feadship is far more than a means of getting from A to B, and the on board experience has been similarly optimized. Choice contains a wide range of facilities that enhance the independent feeling offered by this transformative concept. From the louvre deck to the stabilized pool and sandy beach, this is a boat where you are spoilt for choice in every way.
Compared to a 80-metre Feadship cruising in, for example, the Adriatic Sea, Choice would offer 29% savings on fuel while providing 17% more time to enjoy your time at anchor. Although the resistance of the hull and the tenders combined is higher than that of conventional yachts, the ability to transport guests to the required destinations by the fast tenders means Choice can follow more slowly behind and catch up at leisure. You can choose to take a small unit when you want to speed up, or take things easier on the mothership. After all, it is the combination of big and fast that guzzles the most fuel. Another interesting side benefit of the Choice is the way it supports the crew, especially when compared to the current trend for using fast chase boats or a shadow vessel, both of which need constant manning. 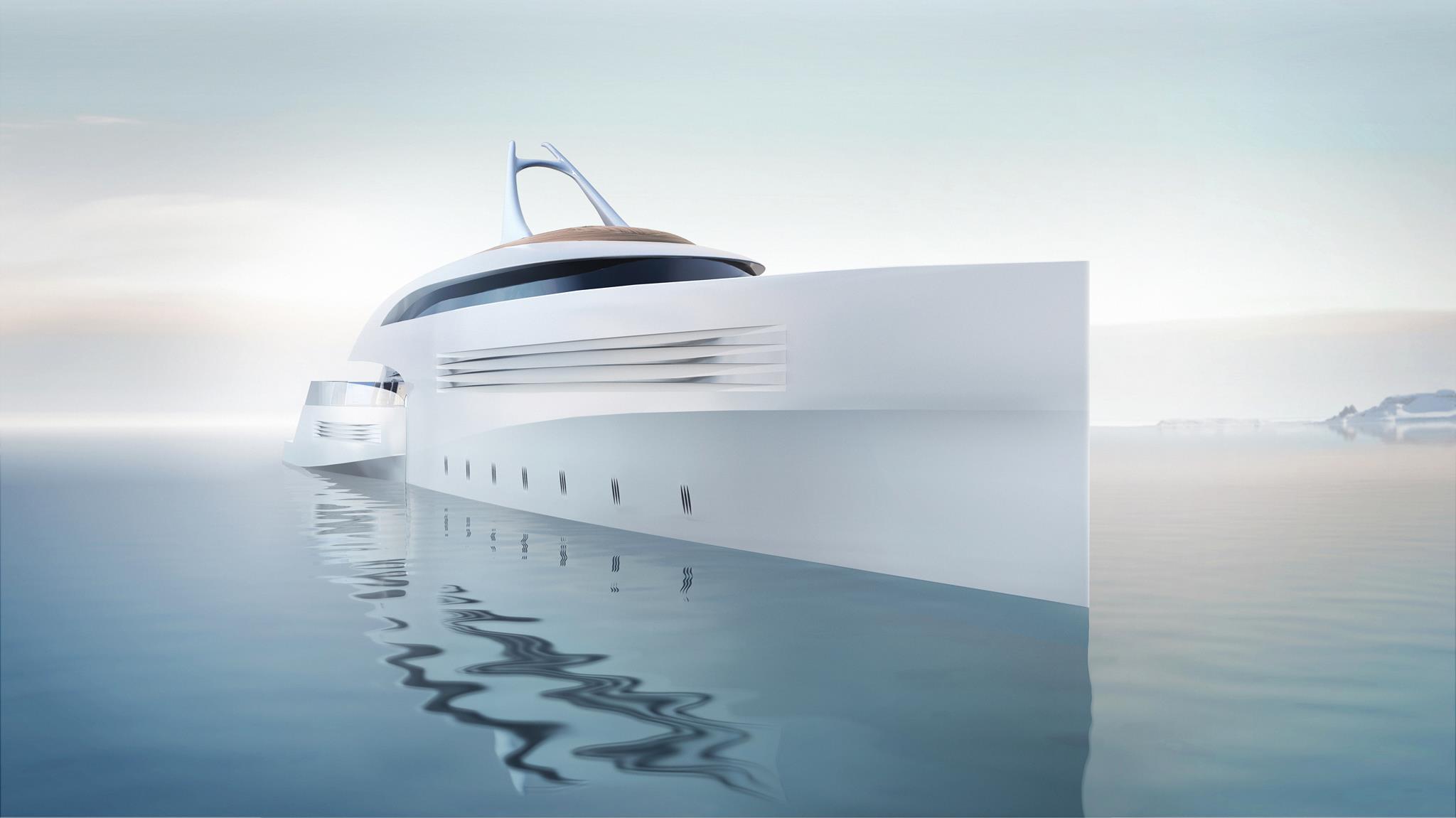 Choice also sees the debut of a new revolution in autonomous control which has been
designed to relieve crew and let yachts run on their own. The Feadship Independent Control System (FICS) uses sensor technology and real-time online data such as wave radar, weather forecasts and traffic information to gather information on the surrounding conditions. Intelligent control processes deploy this data to determine how the yacht should best respond. Examples include defining the most suitable route to sail, optimizing comfort at anchor, finding the best location to detach the tenders, advice on using the beach club and pool, and notifying when it is safe to take off with the drone.
Ruud Bakker, senior designer at Feadship, said:

We haven’t quite reached the autopilot stage yet, but the way this solution communicates with the environment is optimized to the highest degree. FICS supports captains and frees up their time for other things that make the guests’ stay on a Feadship even more pleasant. It has also allowed us to dispense with the conventional wheelhouse:as an autonomous yacht, Choice only requires a bridge lounge with some minor technical buttons for steering. As is often the case with a Feadship Future Concept, one good thing frequently leads to another 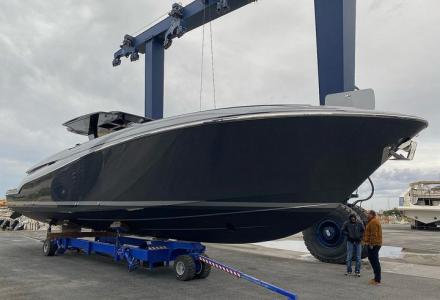 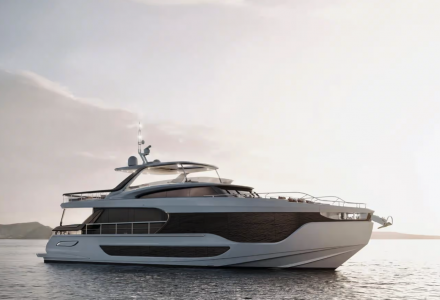 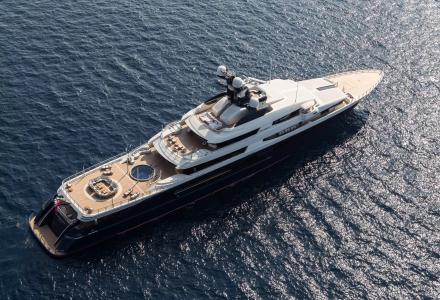 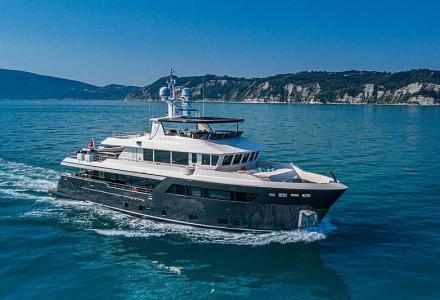 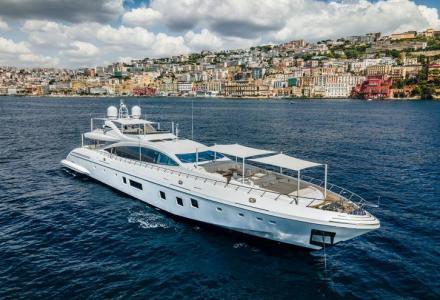