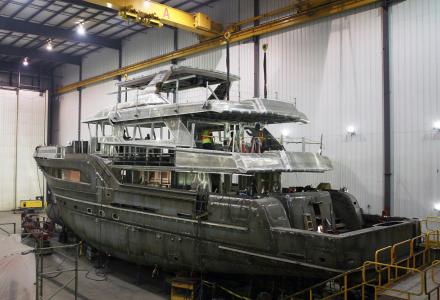 Burger Boat Company has confirmed the joining of the hull and superstructure on Project Northland, the 31.55 metre yacht taking shape at the US based shipyard. 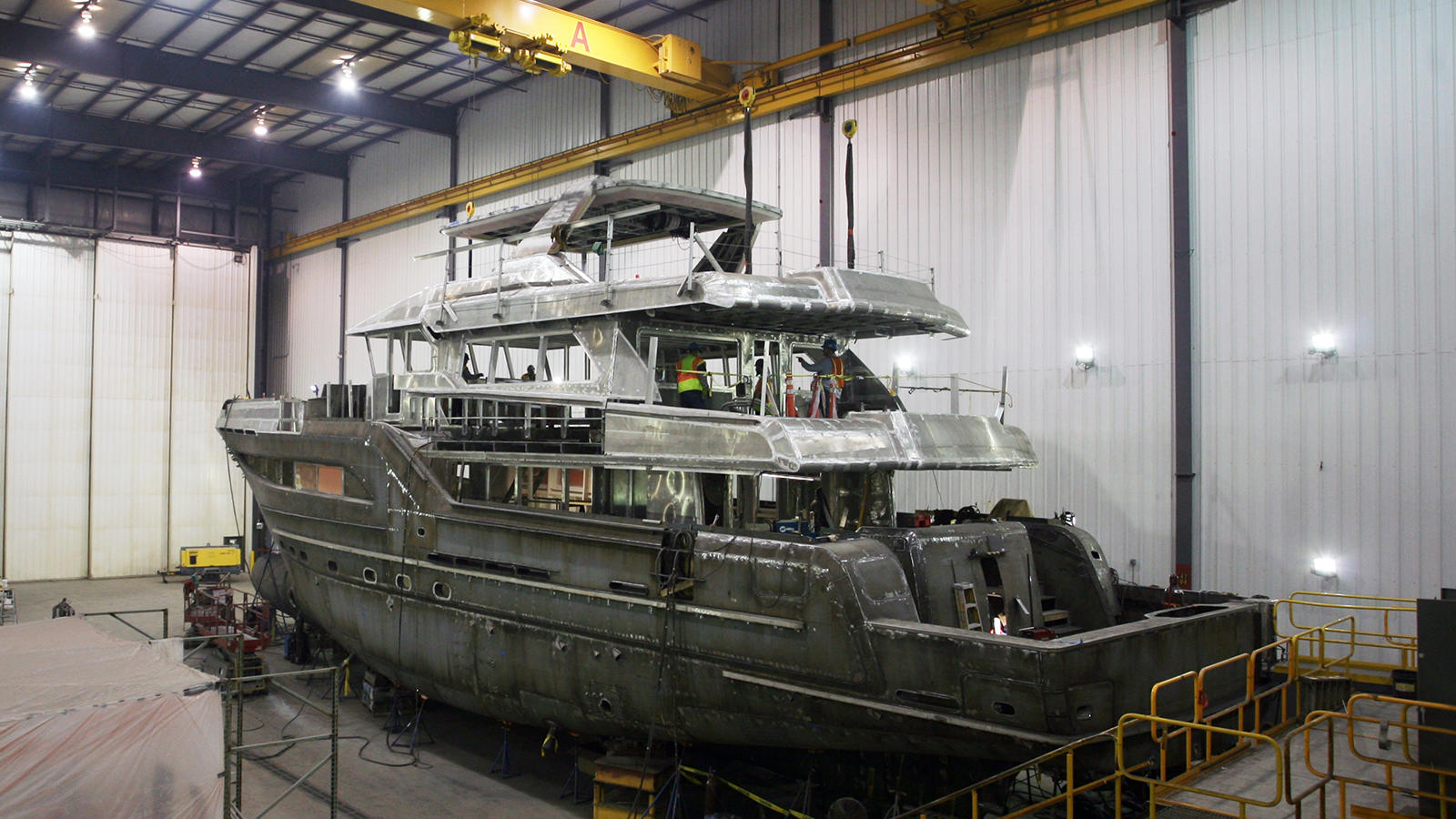 The construction of the new Hull 510 started in March 2016 with the order signed in October 2015.  The steel and aluminum explorer yacht is due to be launched in the summer of 2017 with delivery following shortly after. 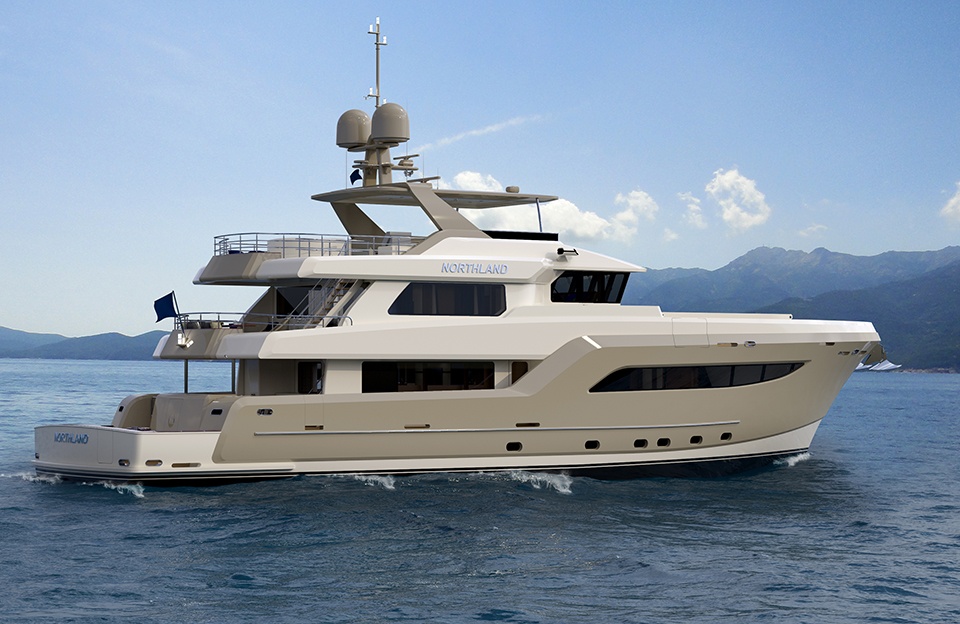 The stylist and interior designer for the yacht is Luiz De Basto, who, working in close collaboration with the owner, styled an ocean-going, long-range expedition vessel for cruising and fishing around the world. 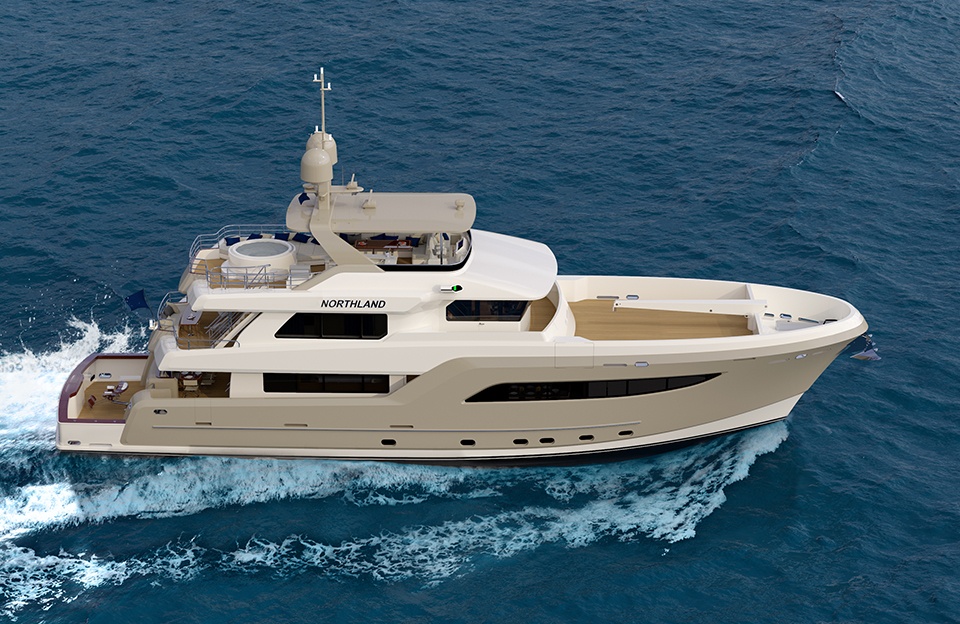 Performance wise Project Northland will be powered by twin Caterpillar C18s and will see a 4,000-nautical-mile range at 9,5 knots. The shipyard anticipates the vessel to have a cruise speed of 12 knots. 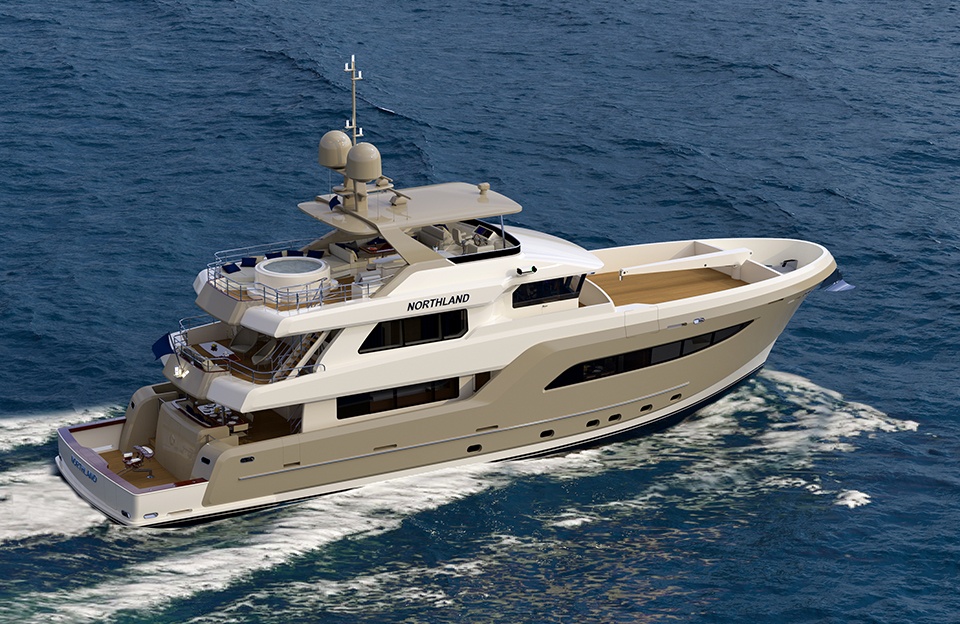 Burger builds custom yachts of up to 80m (260 feet) in aluminum and/or steel. Based in Manitowoc, Wisconsin the company is well known for its quality construction, reliability and seaworthiness. Founded in 1863, they are one of the oldest custom yacht builders in America.
Facebook
Twitter
Google+