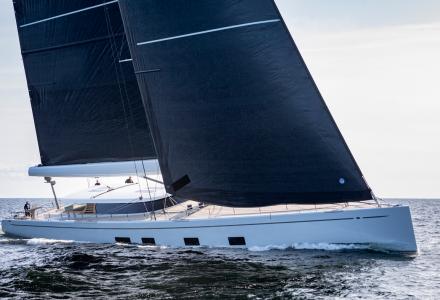 The Finnish shipyard Baltic Yachts successfully runs a 43.3-meter sailing cruiser on the Baltic 142 Custom Canova. The world's first sailing superyacht equipped with DSS foys was launched on May 13th.

Canova is the world's first sliding wing yacht designed to reduce bowing, increase speed and increase comfort on board. The wing is integrated into the cassette in the yacht’s hull directly under the waterline and extends up to 6.5 meters in the leeward direction, which significantly increases the ship's driving performance and the comfort of the crew and guests on board.

«The much anticipated trials of the Baltic 142 Canova have seen promising results, confirming expectations for her sailing performance, her diesel electric propulsion system and hydro-generation design, all intended to make her greener, quieter, more comfortable and easy to maintain. 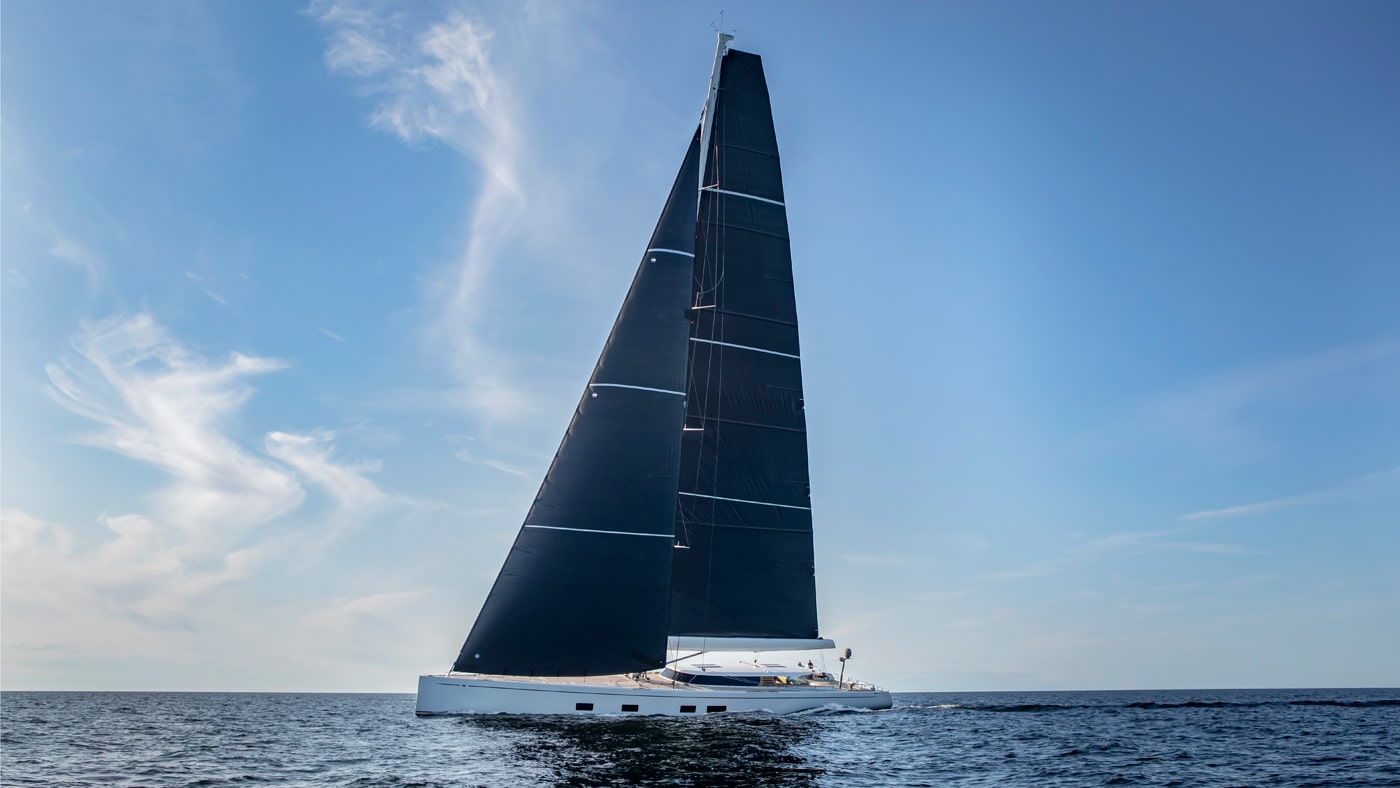 The design was developed by specialists of the shipyard in collaboration with Gordon Kay (Gordon Kay) from Infiniti Performance Yachts and engineers from BAR Technologies. Farr Yacht Design was responsible for the marine architecture of the boat. Interiors came up with Lucio Micheletti. Initial trials of the yacht also demonstrated her appearance, reinforced by her long, smooth saloon superstructure with a deck and massive bimini extending over her large cabin. A cabin of the same level and a deck saloon create exceptional living space. The styling of the upper and lower decks of the Lucio Micheletti has led to the creation of a particularly elegant yacht. 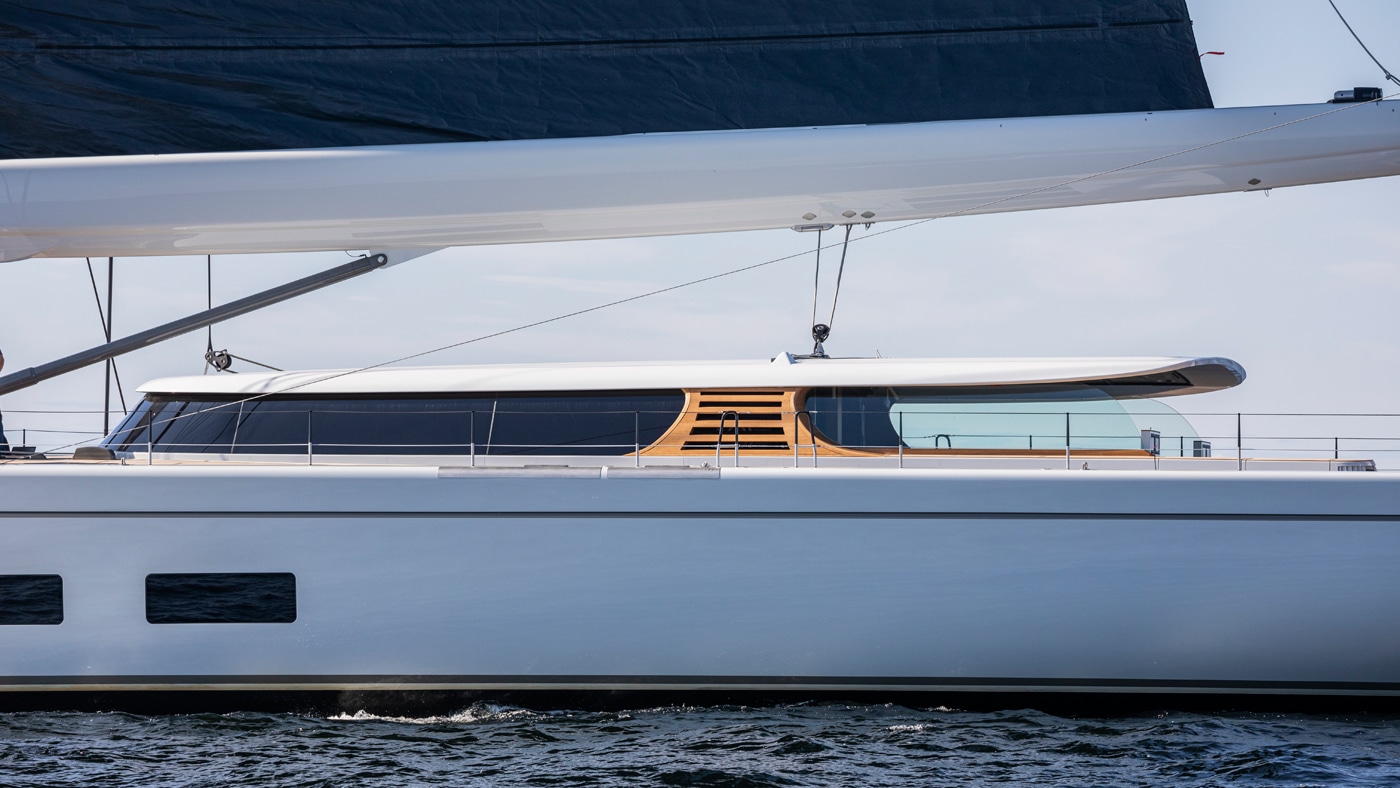 The main engine of the vessel is a 380 kilowatt electric motor, which drives the vessel with the help of an advanced traction screw mounted on a remote bracket with a rotation angle of 340 degrees. Two generators charge the batteries, but when sailing, a freely rotating screw drives the rotor of the electric motor and can generate up to 20 kW of energy. Considerable attention was also paid to making the yacht easy to maintain and autonomous for a long time. 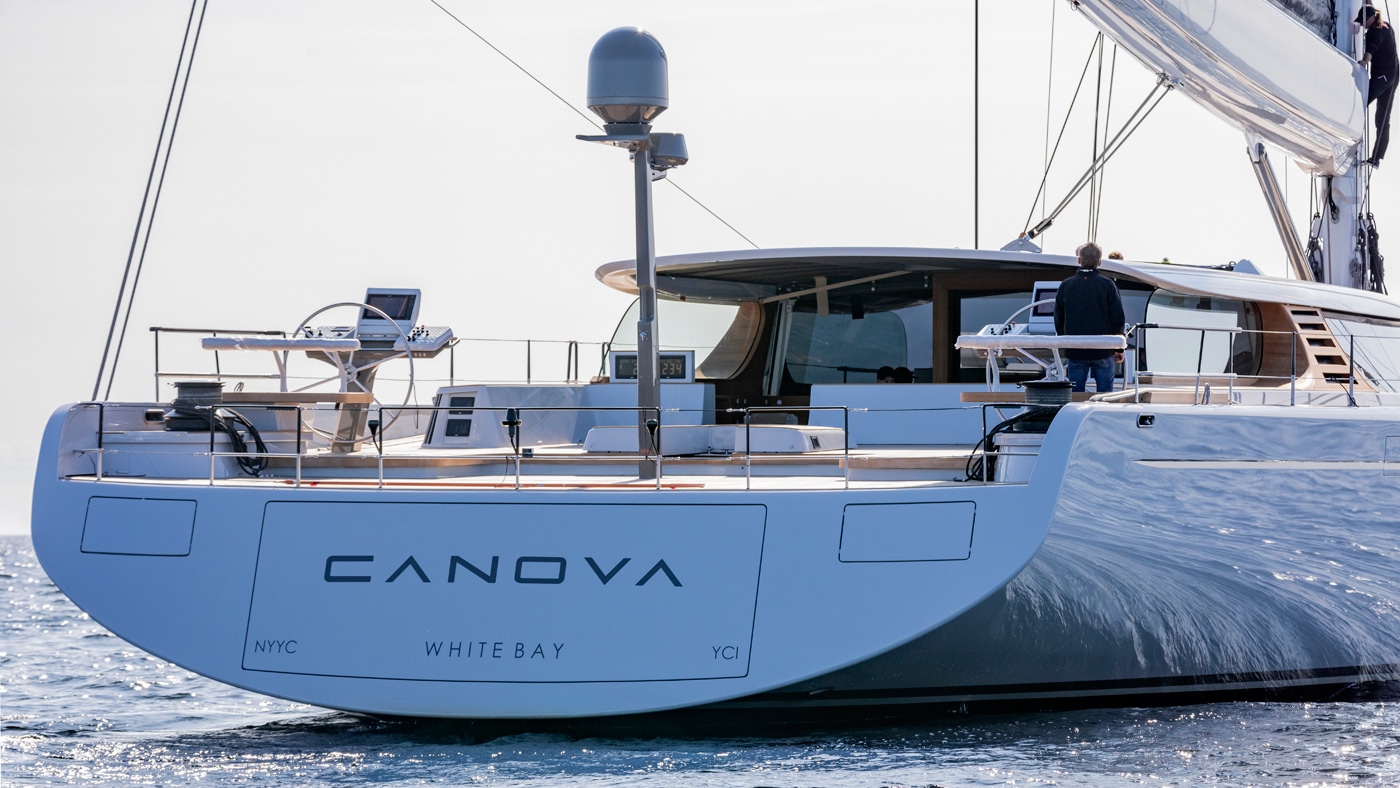 “Canova epitomises the Baltic Yachts’ product, an advanced composite superyacht displaying remarkable innovation which has been deeply researched and excellently engineered. Working with an experienced, driven and enthusiastic client has been key to achieving these goals. We are delighted with the initial trials.” 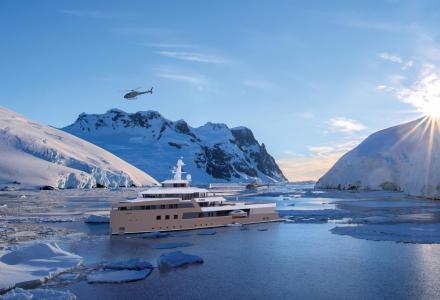 3,2,1 Launch! Oleg Tinkov’s 77m explorer yacht La Datcha is getting ready to take off
Dutch Damen Yachting launched the first private luxurious 77m ice breaker La Dacha in Vlissingen today. She is owned by extravagant Russian banking billionaire and adventurer, Oleg Tinkov, whose net worth is estimated at $2.4 billion by Forbes.Due to enhanced fuel tanks and top of the state garbage management systems, La Dacha can stay on sea for 40 days without returning to a port, making her the ultimate expedition and adventure yacht. Furthermore, guests and the owner will never get bored due to the extensive collection of toys and tenders, snowmobiles, two helicopters, and a personal submarine.The vessel features an ice-classed hull and is polar code compliant, designed to cruise the world’s wildest natural regions with no sacrifice to the levels of luxury onboard. Offering adventure without limits, La Dacha Expedition Yacht 77 also features 2 hot water Jacuzzis — 1 indoor and 1 outdoor, a sauna & steam bath, massage room, and a fully equipped gym.The yacht offers accommodation for 12 guests in 6 staterooms, including 2 master cabins and 2 VIP suites. Each suite comes with a bathroom (a toilet and a shower or a tub) and a walk-in wardrobe. Guests can safely enjoy the most spectacular Arctic and Antarctic landscapes with 25 crew members on board to assist guests in any way they can.As a part of Tinkov’s recreational luxury project La Dacha, consisting of several holiday hikes in remote high-end destinations, the explorer is being built. She will be available for weekly charter but for the moment the owner is planning to spend up to 20 weeks a year on the yacht himself.Oleg Tinkov said just before the launch:The Earth is so big and our life is so short, so we have to explore as much as we can. And the SeaXplorer project is just perfect. I fell in love with the shape, the design. Don’t forget that this is the one yacht with two helicopters, so you can really go further into the mainland. You can see the bears. You can see the animals. You can heli-ski. Any kind of activities, fishing and so on. With two helicopters you have absolute freedom to explore any remote territory as deep as you wantRose Damen, Amels and Damen Managing Director was also at the launch:The owner has a lot of energy and ideas that went into the design of La Datcha. This yacht is the largest and most capable SeaXplorer so far, custom-built to the owner’s requirements. There is no other yacht like it in the world. We’re very proud to be building her and can’t wait to see La Datcha exploring the world
July 3, 2020 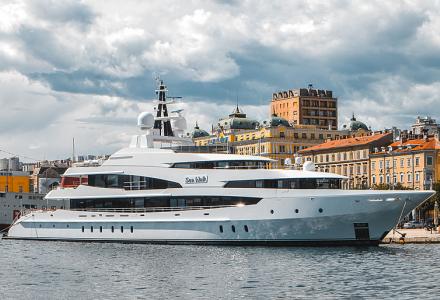 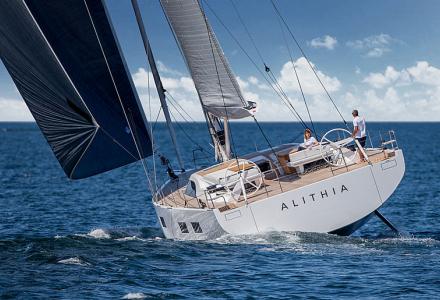 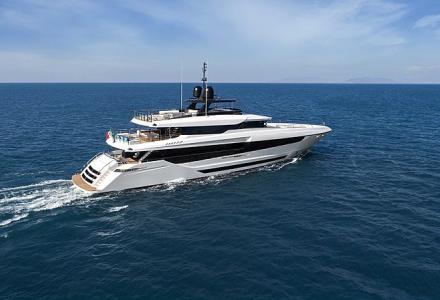 A new owner for Overmarine 42m Project Venezia
Italian builder Overmarine Group has announced the sale of 43-metre project Venezia to an American client. She is fifth unit in the Mangusta Oceano 43 and the second Mangusta Oceano displacement yacht to be sold to Florida.The shipyard submitted the new-build project to the owner through Worth Avenue Yachts with a delivery date of November 2020.The tri-deck Mangusta Oceano 43 was designed by Alberto Mancini and features such design elements as large windows, skylights for daylight, wide glazed surfaces, and special lighting solutions. Noticeable features of the model include a forward-facing infinity pool with a waterfall, a beach club aft with the stern door folding down to become a swim platform, sunbathing area, a garage at the bow, and several alfresco living areas.The engines of the yacht provide a top speed of 16 knots and a cruising speed of 11 knots and a range of 4,500 nautical miles. Overmarine Group’s Interiors Department is already in contact with the new owner to customize the layout and the furniture, and decor to match the owner’s preferences.Stefano Arlunno, Overmarine Group’s Americas Area Manager explained:This sale once more confirms that our vessels – be they Maxi Open, fast displacement, or displacement yachts – perfectly meet the needs of our American clientele. Behind a successful sale always stands the harmonious combination of the right product, an owner who has fallen in love with it, and passionate teamwork. In this specific case, our gratitude goes to Worth Avenue Yachts
July 2, 2020 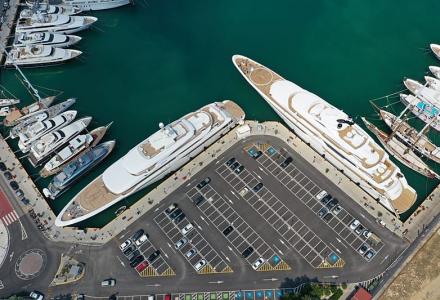 Spotted: two Golden Yachts O’Ptasia and O’Pari in Piraeus
The two Golden Yachts flagship superyachts O’Pari and O’Ptasia have been seen in the Zea Marina in Piraeus, Greece this week.The recently-launched 95-metre O’Pari is the largest yacht ever undertaken by the Greek builder. This flagship motor yacht has been launched by superyacht builder Golden Yachts at the facility of Golden Yachts Halkitis in Athens, Greece earlier this year.She yan offer accommodation for a total of 12 guests across nine double cabins, including four twins and one single. O’Pari also has a crew of 28. The power of the yacht comes from a pair of CAT 3516C-HD 2525kw engines for a maximum speed of 18 knots. The 85-metre O’Ptasia was built by Golden Yachts in 2018. With a beam of 13.8 m and a draft of 3.6 m, she has a steel hull. This adds up to a gross tonnage of 2350 tons. The vessel is powered by CAT engines giving her a maximum speed of 18 knots and a cruising speed of 16 knots. O’Ptasia's maximum range is estimated at 2350 nautical miles. The motor yacht can accommodate 12 guests in 11 cabins. Both yachts were designed by Studio Vafiadis from Italy.
July 2, 2020
All news