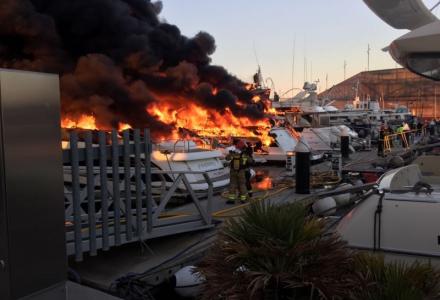 A major fire broke out in Barcelona's Port Forum, on April 9 around 7:15 am, Naucher Global reports. The origin of the blaze is still unknown but it is confirmed that it started on one yacht and then quickly spread to nearby vessels. 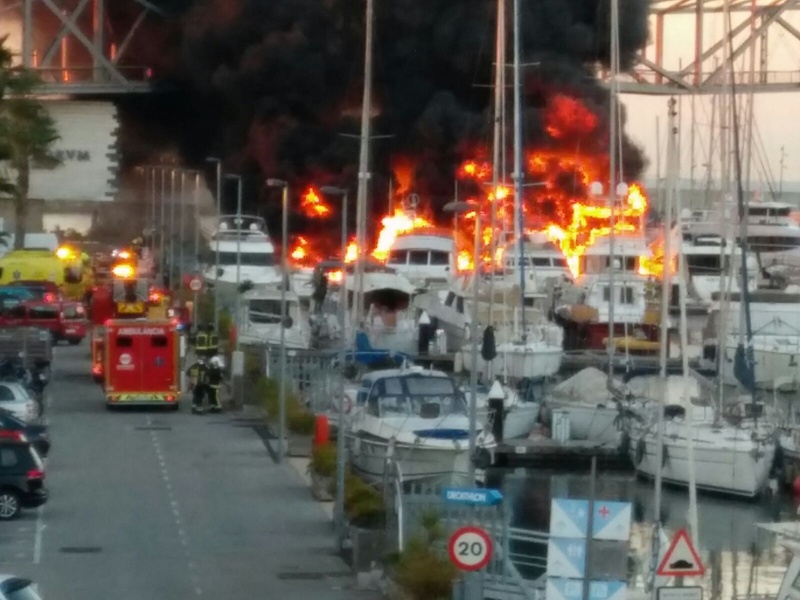 After firefighters extinguished the flames, another fire broke out at 3pm for reasons still to be confirmed. 2.5 hours later the second fire was put out. According to several Spanish newspapers, the fire has affected 10 yachts in total measuring between 19 and 23m LOA. 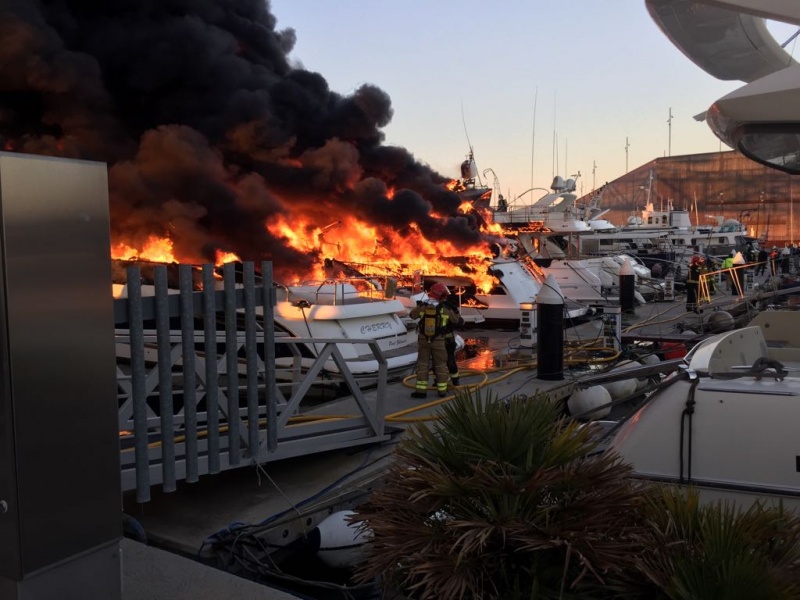 Fifteen emergency teams have been working on the scene. There were no serious injuries reported however one person has been transferred to a nearby hospital as the result of mild intoxication due to smoke inhalation. 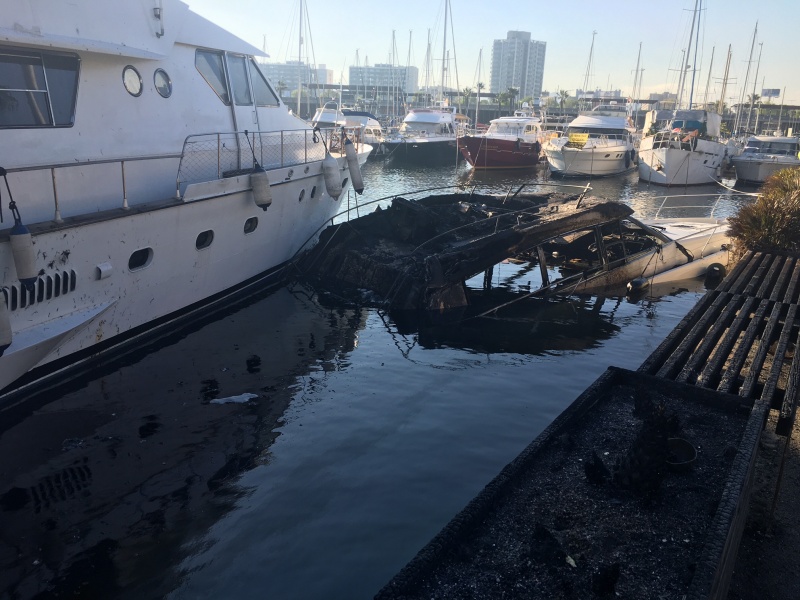 This is not the first incident involving numerous vessels catching fire. In March 2016, 8 boats were destroyed in Abu Dhabi yacht club due to a major fire.
Photos by Naucher Global
Facebook
Twitter
Google+ 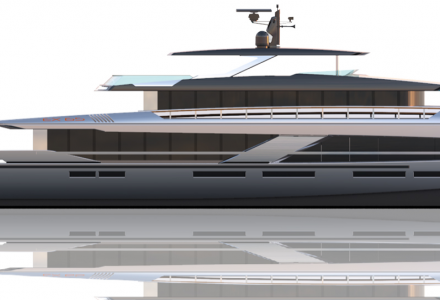 Facheris Design showcases Explorer 65 superyacht concept
Facheris Design (Florida) has revealed a new 65.2 m Explorer yacht concept, which combines the appearance of a luxury yacht with explorer features.The exterior of Explorer was inspired by modern architecture. The key features include glass glazing, that increases the amount of natural light and showcases ocean views from the saloon. The yacht can accommodate 12 guests, while the crew quarters allows for a staff of 20.A hybrid propulsion package of CAT diesel-electric engines will provide a maximum speed of 20 knots. Other technical details can include an 11.2-metre beam and large helipad on the aft deck, which can also be used for storing and deploying tenders and toys.
March 27, 2020 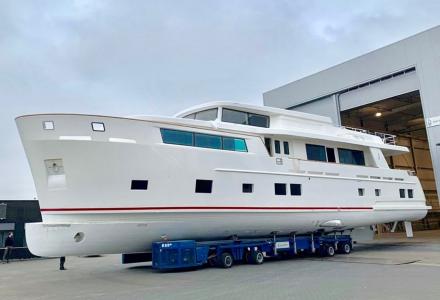 Van der Valk showcases 28m Explorer yacht
Van der Valk has just finished the latest stage of the build of 28-metre Explorer. The yacht will be ready for delivery this summer. Designed by Guido de Groot, the Van der Valk’s Explorer is one of the new generations of motor yachts in the Dutch yard’s portfolio. The yard has gone to great lengths to ensure the best possible sailing and seakeeping qualities for this design, including a distinctive round-bilged hull. Van der Valk Explorer yachts are designed and built to withstand the toughest environments and boast an extensive fuel capacity that enables them to easily make long ocean passages.The yacht has twin MAN V12 1650 hp engines that can get top speed of 20 knots with VEEM VG145 zero-speed gyroscopic stabiliser system and two 32 kW Northern Lights generators.
March 26, 2020 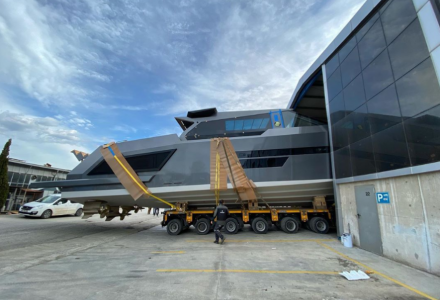 Mazu Yachts launches 24m Mazu 82 flagship superyacht
Turkish yacht builder Mazu Yachts has launched and delivered its 24.5 metre Mazu 82 flagship superyacht.Mazu Yachts 82 is one of the largest Open Motor Yachts in the market featuring endless outdoor areas as well as the interior comfort. Last October the yacht was "rapidly" approaching her completion. Now the yacht has been delivered to its Turkish owner.The Mazu 82 is built from carbon composite. Her power comes from three Volvo Penta IPS 1350 1000hp engines with a cruising speed of 35 knots and a maximum speed of 40 knots. Other features include a beam of 5.9 metres and a draft of 1.6 metres.The Mazu 82 will have her official debut at the 2020 Cannes Yachting Festival.
March 26, 2020 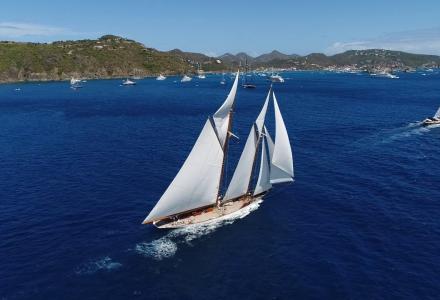 Fresh news for postponed shows
TYBA Yacht Charter Show has been postponed until 2021. The exact dates of the 2021 TYBA Show will be announced at a later stage. Superyacht Cup Palma has been postponed until June. New dates for the 25th-anniversary edition have been set for 23-26th June 2021.The Monaco Yacht Show is set to go ahead as planned from 23-25 September 2020 on the Port Hercule.The St Barths Bucket has been cancelled.All shows postponed due to the ongoing coronavirus outbreak. Taking into consideration the information that is currently available organizers said that health of Members and all Show participants being one of the key priorities, so now it is not possible to ensure the show is organised in the safe and productive environment.
March 26, 2020 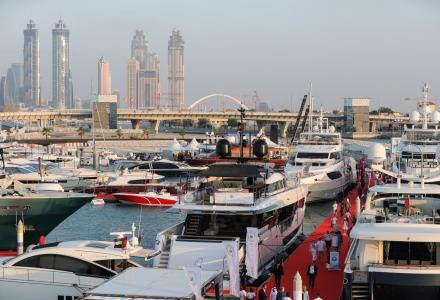