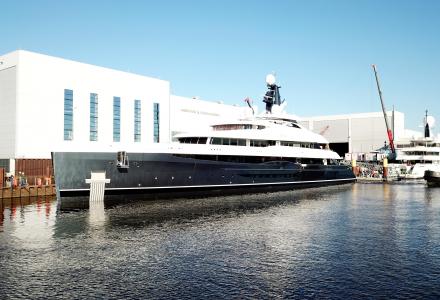 The brand new 74-metre megayacht Elandess emerged majestically today from Abeking & Rasmussen’s construction shed in Lemwerder. Several tow tractors carefully pulled the 2,065 GT new build out of her shed and onto the syncrolift before she was finally lowered into the water for the first time. There were another 60-metre yacht by Abeking & Rasmussen under name "Elandess" that was sold in 2016 for €52,500,500 and renamed Elysian. 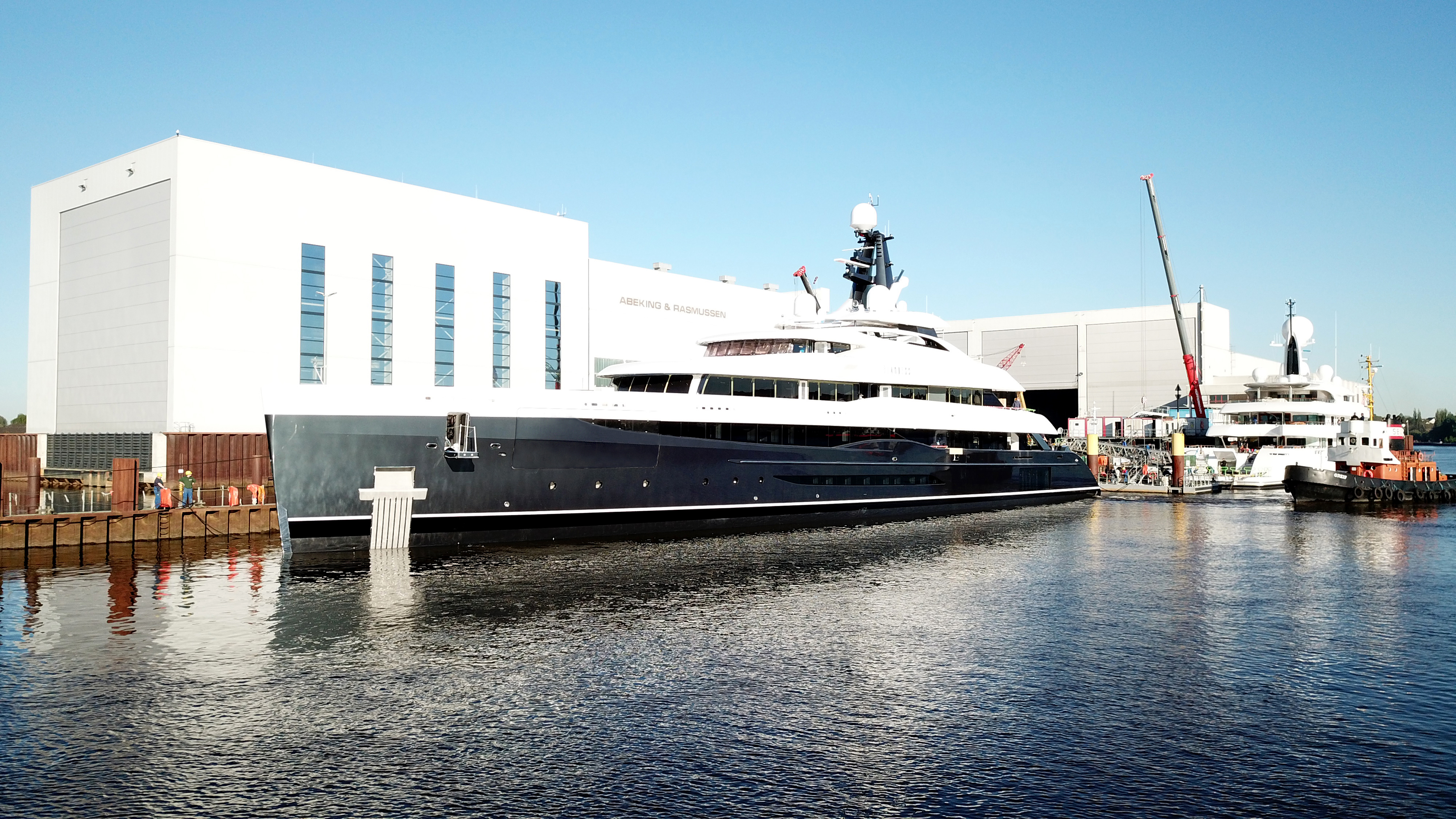 Photo : Abeking & Rasmussen
Celebrated design studio Harrison Eidsgaard was commissioned by the experienced Owners to bring their very particular vision to life. Entrusted with masterminding both the new build’s exterior and interior design, Peder Eidsgaard and his talented team have created a uniquely distinctive vessel brimming with innovative design characteristics and inspired aesthetics. The brief was for a modern and spacious yacht with large lounging areas for enjoying both informal family time and entertaining on social occasions. 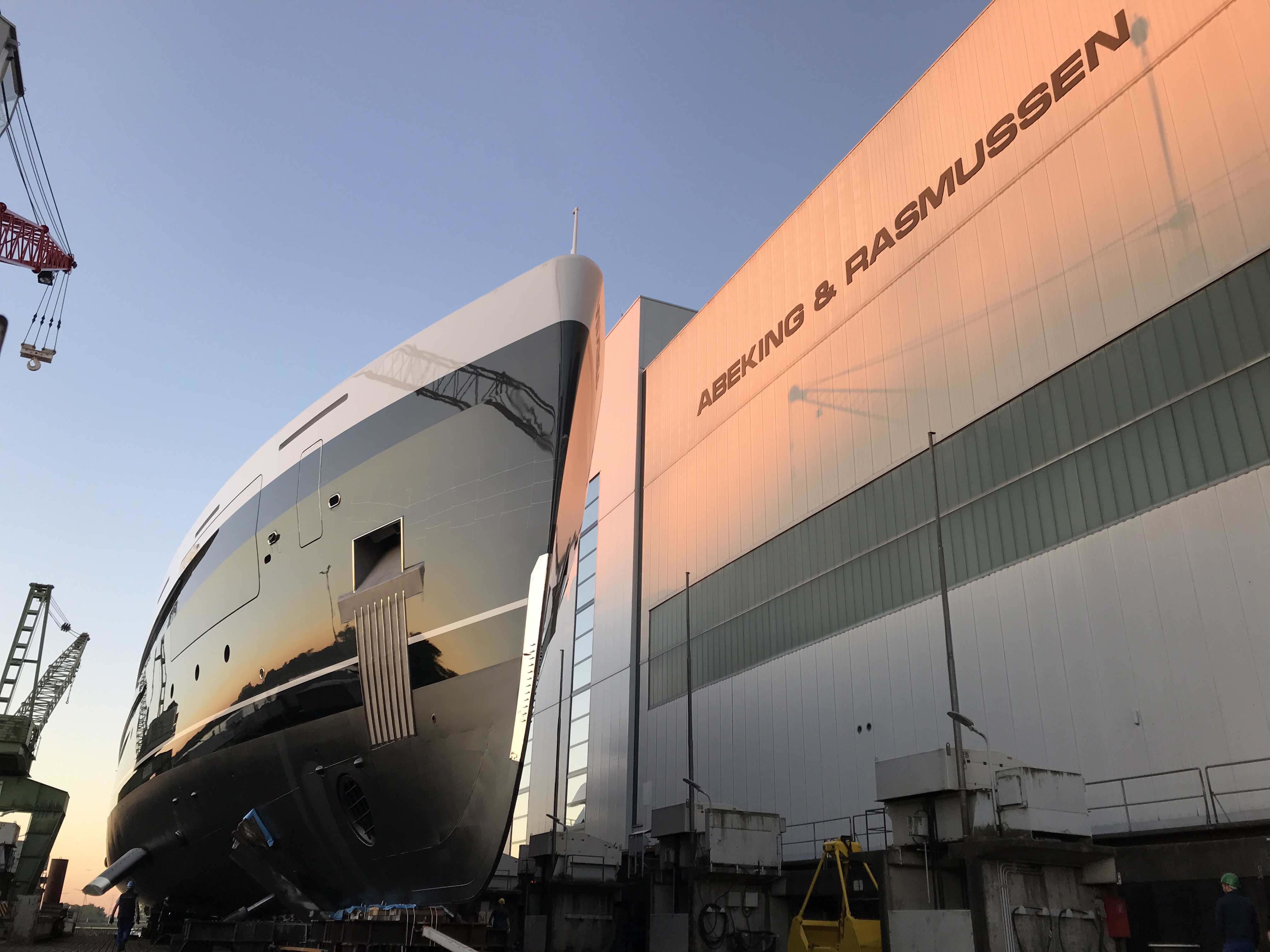 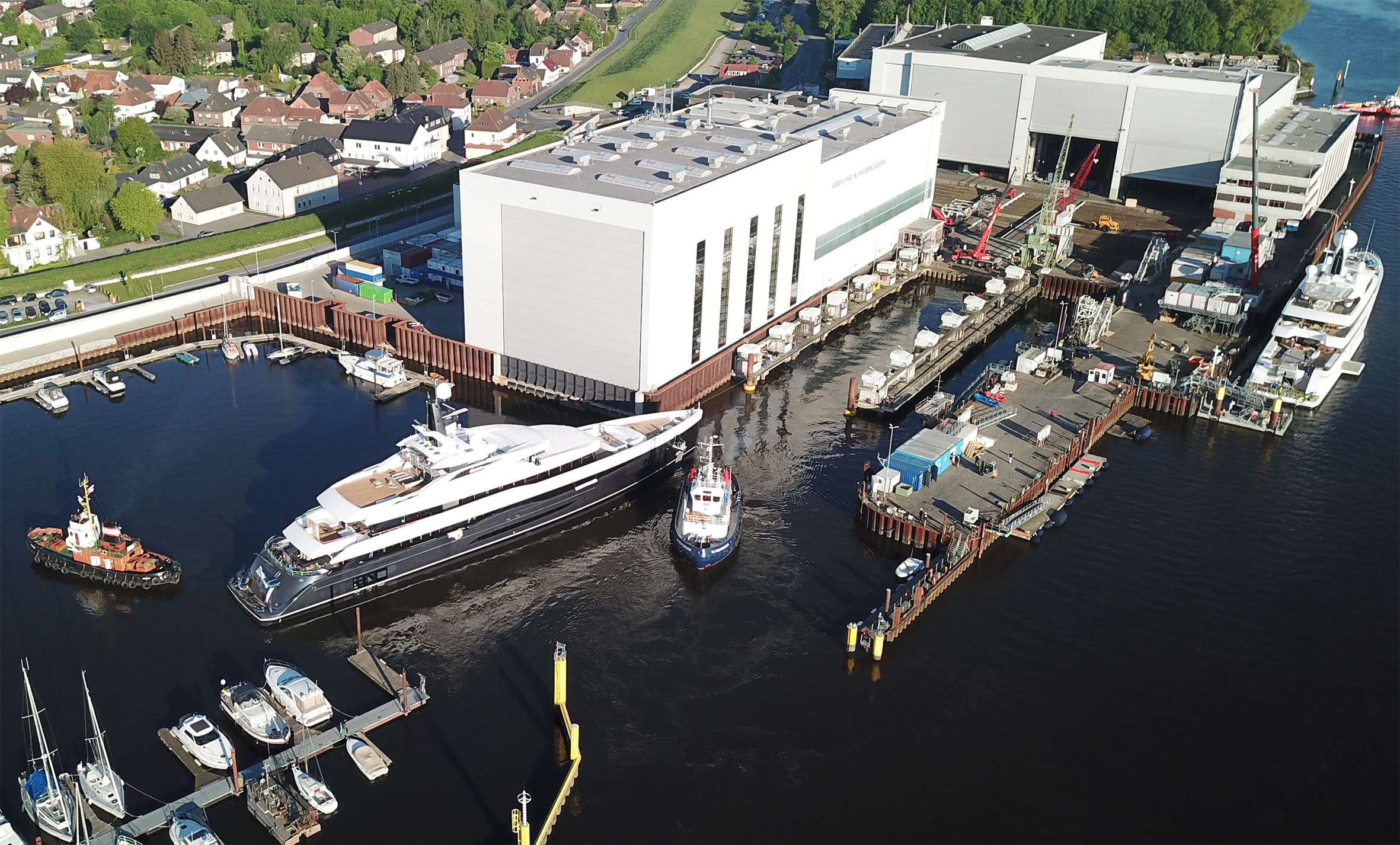 Photo : Abeking & Rasmussen
While the Owners were placing their trust in the Lemwerder based pedigree shipyard for the second time, the project marks a collaborative debut for Abeking & Rasmussen and Harrison Eidsgaard. In synergy with the Owners’ team led by the Burgess New Construction division and the renowned naval architects at A&R, the result of this successful joint effort is a worldclass vessel of pure perfection. Sea trials along the River Weser and along the North Sea coast will commence shortly while the outfitting programme of the yacht continues apace to ensure this A&R masterpiece is ready for delivery to her Owners for summer 2018.
Facebook
Twitter
Google+