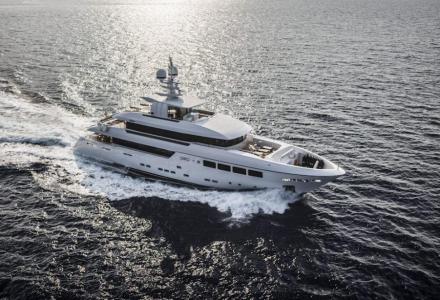 Here's why Okko should be the next yacht you buy

Few yachts come packed with as many features as the 41-meter Mondomarine, Okko. Delivered in 2012 with Imperial acting as owner’s representative and build supervisors, the yacht was inspired by a contemporary yet timeless look. Okko is now for sale and also available for charter from €120,000 per week. 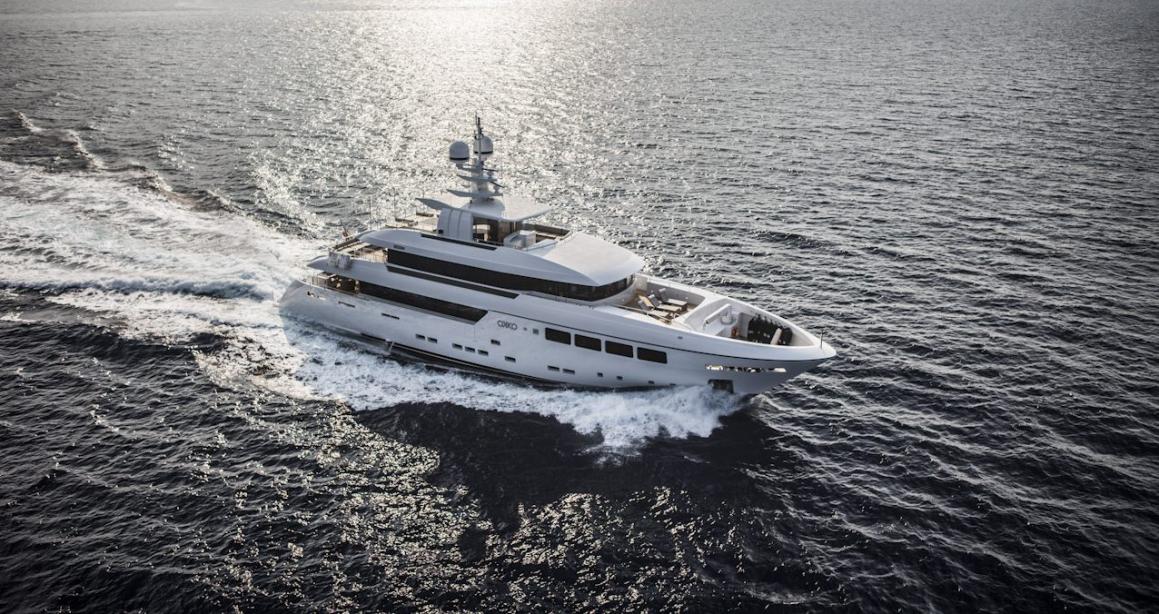 Designed by Giorgio Vafiadis, Okko brings together a mix of angular and rounded shapes combined with rectangular windows. One of the 41-meter’s highlights is its spacious sundeck where up to 12 guests can comfortably dine whilst under way, enjoying an incredible view. At night Okko can accommodate up to 10 guests in her spacious staterooms. Other features on her sundeck include a Jacuzzi, sunbeds, bar and BBQ. 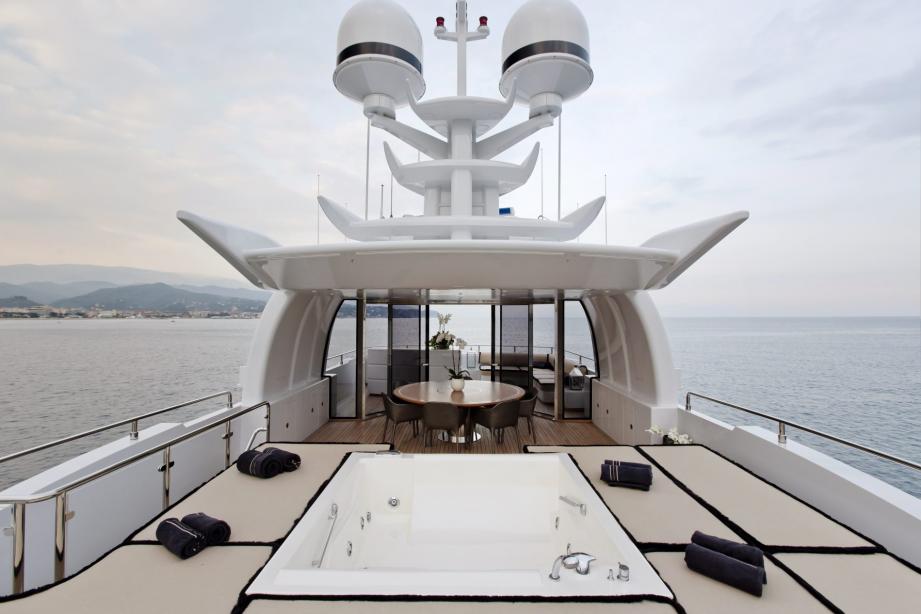 Inside, Okko has both a spacious sky lounge on the upper deck and an elegant main salon on the main deck that comes complete with a dinning area. In addition to the large table found there, another dinning option is aft of the upper deck, where guests can also be totally protected from the weather whilst enjoying a great view aft of Okko. 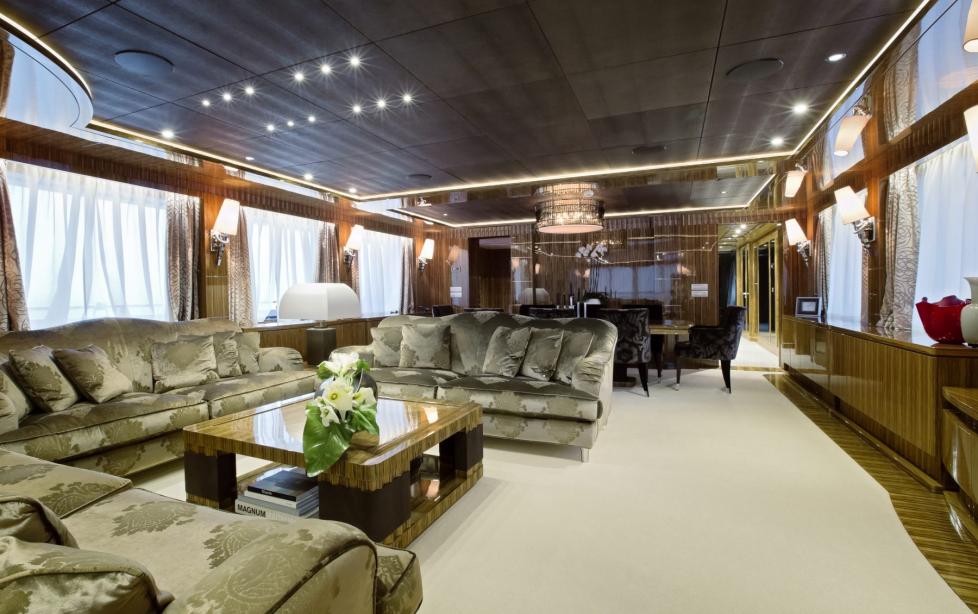 Okko features a full beam master cabin forward of the main deck with large windows offering great views to both sides. On the lower deck are 2 double guest cabins and 2 twin cabins, both much larger than what one would expect of a 41-meter. 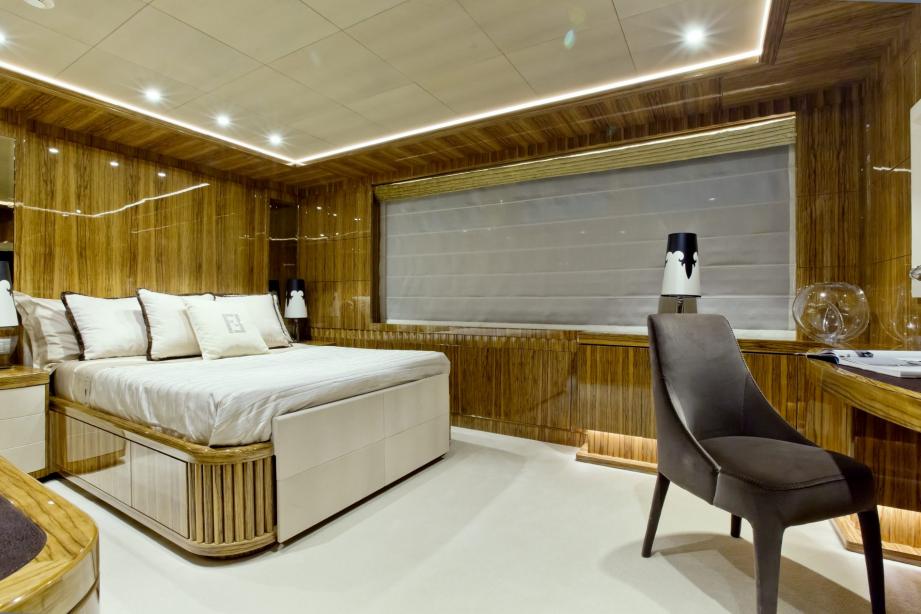 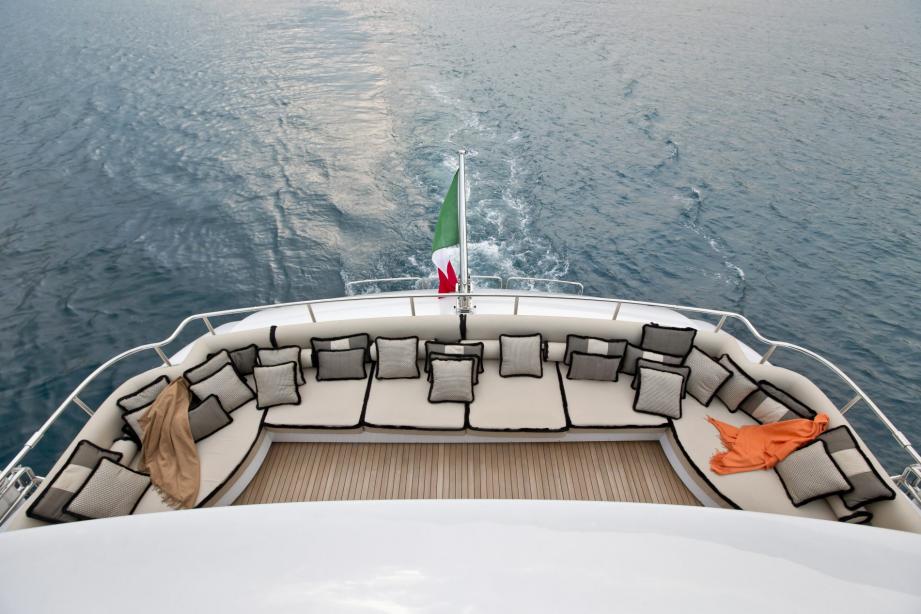 Okko is now up for sale with Imperial and also available for charter this summer from €150,000 per week in the Mediterranean. She is also available for the Monaco Grand Prix and Cannes Film Festival.
Sponsored by Imperial
E. e.pavlova@imperial-yachts.com
T. +377 97 98 38 80
Facebook
Twitter
Google+ 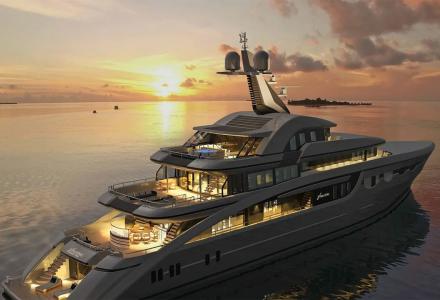 68 m Soaring - first marine trials
Motorboat Soaring, Abeking & Rasmussen's new 68.2-meter superyacht.In the coming weeks, shipyard and client teams will test Soaring navigation and safety systems in the North Sea, and then transfer the ship to their owner in April.<iframe width="560" height="315" src="https://www.youtube.com/embed/EnFOQb2zKRE" frameborder="0" allow="accelerometer; autoplay; encrypted-media; gyroscope; picture-in-picture" allowfullscreen></iframe>The elegant exterior and modern interiors of the project are the design work of the German studio Focus Yacht Design. They can accommodate up to 12 guests in six cabins, including a master suite on the aft upper deck and an additional five cabins on the main deck. On the owner’s deck there is also a library and a private aft deck with seating areas.<iframe width="560" height="315" src="https://www.youtube.com/embed/Z5uy_p9GJZY" frameborder="0" allow="accelerometer; autoplay; encrypted-media; gyroscope; picture-in-picture" allowfullscreen></iframe>The upper deck of Soaring has a master suite with a private owner's aft deck and library. The remaining 5 guest yacht cabins will be located on the main deck and served by a team of 17 people.
February 14, 2020

Shipyards pioneers in the supply of large yachts: Nobiskrug and Benetti
Lurssen, Oceanco, Feadship, Nobiskrug and Benetti- pioneers in the stable supply of large yachts.A significant Nobiskrug project is the 142.8-meter S / YA, the largest supporting sailing yacht built for Andrei Melnichenko.Work on the project began in 2008. Then eight designers were invited to present their versions of the world's largest sailing yacht. The Frenchman Jacques Garcia won the competition, but later, due to concerns about progress in the development of the project, the customer decided to change the designer. So Philip Stark joined in on Sailing Yacht A.<iframe width="560" height="315" src="https://www.youtube.com/embed/f3A6-mtdePQ" frameborder="0" allow="accelerometer; autoplay; encrypted-media; gyroscope; picture-in-picture" allowfullscreen></iframe>The three-masted sailing-motor yacht "A" has a maximum length (LOA) of 142.81 meters, a maximum width of 24.88 meters, an 8-meter encapsulated keel and a displacement of approximately 14,224 tons.To bring together such unusual architectural and design ideas. The choice fell on the Nobiskrug yard in Germany.The Dutch company Dykstra Naval Architects acted as developers of the hull and keel. The designer of three huge 91-meter masts was Magma Structures from the UK, with Future Fiber from Valencia creating the geeks for them and the sails from Doyle Sails from the USA.The massive hull and superstructure of the yacht are made of steel; to reduce weight, some of their elements are made of carbon fiber.From the significant projects Benetti should point out the 108-meter IJE, delivered in 2019 for the Australian billionaire James Packer.Benetti IJE - one of three yachts more than 100 meters high, built at the same time at the shipyard in Livorno, has a balanced and timeless exterior designed by the British studio RWD.The open spaces on board cover more than 1000 square meters and feature luxury items such as a separate outdoor dining area on the owner’s deck and a large family dining table on the main deck. There is also a 1.5-meter fire pit on the bridge deck.The interior was designed by Benetti's own interior design department. The apartments can accommodate up to 22 guests, there is also room for a team of 29 crew members.IJE can cover up to 6,500 nautical miles with its 345,000-liter fuel tank and reach a top speed of up to 18.5 knots using its two powerful MTU dual engines, each with 2880 kW. The yacht is also equipped with an Schottel Stern SPJ electric pump.
February 14, 2020 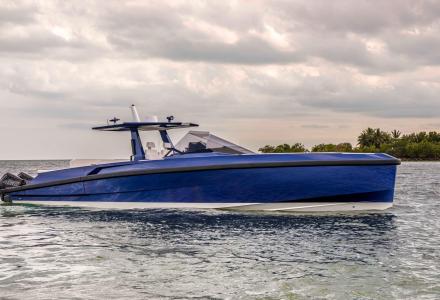 Miami Yacht Show: 48 WallytenderX
The 48 Wallytender X was unveiled at the Miami Yacht Sow 2020.Key features of this boat include extensive boating amenities, including a full cabin and shower for two guests, a galley with two refrigerators, one inside and one outside, and the Passarelle retractable model, which also serves as a swimming ladder. Hinged support sections increase the size of the swimming platform.This is the first unit in the outboard version with a deep Tyrrhenian blue finish equipped with four 450-horsepower outboard racing engines.They provide a maximum speed of 55 knots, a cruising speed of 40 knots and a range of 320 nautical miles. This range can be extended to 350 nautical miles at a cruising speed of 36 knots.Founder of Wally Luca Bassani claims that they were able to maintain Wally's strong aesthetic personality and many of the practical features already found in the inboard model, perfect to meet the needs of customers who prefer a boat trip.The change came after the third and fourth of 48 Wallytenders made their debut at the Cannes Yacht Festival last year after the acquisition of the Wally brand by Ferretti Group.
February 14, 2020 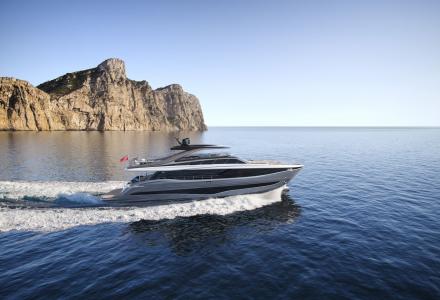 Inside the superyacht Princess Y95
The new Princess Y95 closely follows the design style of the new generation Princess with flowing and sculpted exterior lines from Pininfarina and Olesinski, with a noticeable influence from their future X95 model and will be ready for delivery in early 2021.Princess reports that the volume on board of her new Y95 is comparable to that of a 30-meter superyacht, which indicates a well-thought-out layout and space-saving measures built into this new model. The hull windows, for example, are the longest and widest of their kind ever installed on a Princess yacht.The Y95 has a traditional layout with five cabins, in which the main set of beams is directed forward on the main deck, and another VIP cabin with full width on the lower deck with two twin and double cabins for a total of 10 guests. The crew's living quarters are located at the stern of the yacht and can accommodate up to three employees on board the vessel to facilitate long voyages at sea.Additional layout options are presented in the form of a jacuzzi on the sun terrace, in the main lounge-bar, in a luxurious beach club or for accommodating an extended crew.In terms of performance, the Y95 will be equipped with two Man V12 engines that are designed for a maximum speed of 26 knots, while the wave-piercing nose increases the fuel efficiency and seaworthiness of the vessel.
February 14, 2020 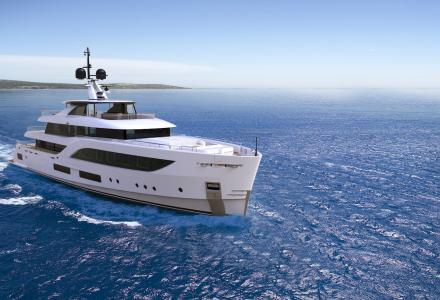 New project Baglietto 54M Hull 10231
This year Baglietto shipyard will supply two non-standard yachts with an external design Horacio Bozzo.The Hot Lab in Milan was involved in interior design, and their first collaboration with Baglietto was put into production.Hull 10231 can accommodate 16 guests in seven cabins: two main suites and two VIPs on the main deck and three cabins on the lower deck, including a children's cabin, which can accommodate four people.The yacht is built of aluminum and includes a large beach club with a spa, gym and several folding platforms.Given the four cabins on the main deck, the galley was moved to the lower deck next to the crew quarters. There is even a lower deck communicating with the engine room with an additional cold and dry storage, a garbage warehouse and a laundry room.The Sky Lounge has a widescreen TV, as well as a projector screen that slides down from the ceiling to turn space into a movie room for the whole family. The fixed balcony overlooking the bow and stern can be closed from the rest of the hall by sliding glass doors for added privacy.The main materials are Thai wood and pale oak combined with off-white lacquered surfaces. Neutral tones are underlined by splashes of color for upholstered furniture.The total length is 54 meters and the width is up to 10.40 meters to create a sufficiently spacious 860GT volume for its total length.
February 13, 2020
All news